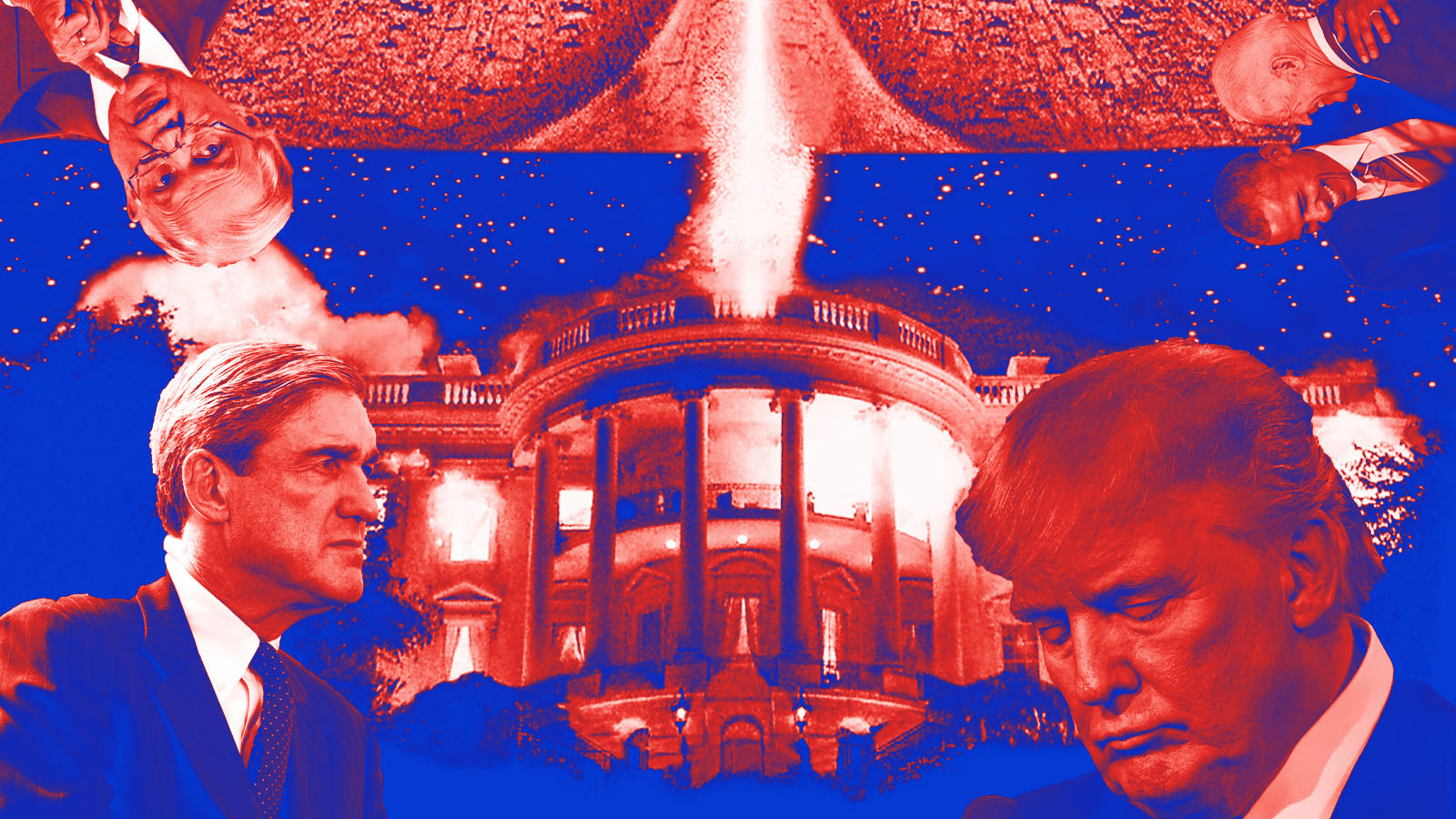 It speaks volumes that the past week—which featured an all new presidential agitprop production, rumors that an entire field of shadow GOP primary candidates are emerging to challenge Trump in 2020, and another patented Twitter hissy fit—qualifies as a fairly quiet one in the Trump Administration, but that's 2017 for you. Still, boiling beneath the surface of the relative calm are the 16-23 DC-area souls that comprise Robert Mueller's shiny new grand jury. We begin this week's power rankings (see last week's here) with him...

1. Robert Mueller (Last Week: 2)
The Special Counsel’s impanelling of a grand jury in the Russia investigation, while not uncommon, is significant because it gives Mueller the power to subpoena any documents related to the investigation, and to compel any witness to testify under oath, rather than as a non-binding courtesy, as we’ve seen in Congressional testimonies to date. What you can expect then, if any crimes were committed, is a lot of pleading the Fifth. Legally speaking, a Fifth Amendment assertion is an admission of guilt of a crime, which, assures indictment and keeps the investigation rolling until heads do as well. Vox reported last week that as many as 10 senior FBI officials will testify, completely throwing out the window the “He said, He said” defense Trump was hoping to use against James Comey. And again, the fact that Mueller and his team haven’t so much as raised their head to defend against the administration’s attacks should worry the hell out of Trump.

2. Paul Manafort (NA)
The Ukrainian oligarchy’s favorite bank teller will be possibly the hardest target in Mueller’s investigation, will definitely be called before the grand jury, has almost certainly committed crimes that may have been recorded, and has no position in the administration. He then, is our pick for first player to roll on everyone else.

3. Jared Kushner  (10)
Last week we said OG Kush was the most likely administration candidate for prison, but was largely skating thanks to the personnel circus happening within the White House. One grand jury announcement later, and it appears Kushner will be facing much oath-swearing and asserting his Fifth Amendment privilege for the foreseeable future. Kushner’s only below Manafort because he has familial incentive to keep the administration afloat.

4. Donald Trump (3) - Combined polling average today: 36.6% approval
In his first Twitter tantrum of the Kelly era, Dear Leader attacked Democratic Senator Richard Blumenthal for lying about having served in Vietnam. This line of attack would be more effective coming from someone who hadn’t received five deferments during the war and never served himself. In other news, the walls are closing in.

5. Mike Pence (NA)
The VP doth protest too much, wethinks.

6. H.R. McMaster (NA)
The alt-right and Russian social media bots have turned against the National Security Advisor (who enjoys a largely stellar reputation among the sane) for his alleged anti-Israel, anti-Russia, and—most-important—anti-Bannon views, leaving Trump in the unenviable position of defending him against the only people likely to ever vote for him again.

7. John Kelly (7)
A week and a half in, the General is doing an admirable job getting the house in order (relatively speaking) and getting a lot of media attention for it. In any other presidency this would be cause for celebration. In this one, you can almost see the praise eating away at the First Orange Veneer.

8. Jeff Sessions (NA)
Our esteemed Attorney General continued on his mission to get out of the Prez’s dog house by tossing some red meat to the base by launching a war on leaks, upping his Sisyphean crusade against legal marijuana (against his own advisors’ recommendations) and beginning an all-new crusade against affirmative action. His gambit may actually pay off politically, but he appears to be acting as his own agent, which, history shows, roils the boss.

9. Rod Rosenstein (NA)
After the announcement of the Mueller grand jury, the Deputy Attorney General (leading the DOJ in this matter thanks to Sessions’s recusal) went on Fox News Sunday and clarified that, despite warnings of red lines from the Trump camp, Mueller has the right to investigate any and all crimes uncovered over the course of his investigation, including those related to Trump family finances. Gulp.

10. Stephen Miller (NA)
The leading candidate for White House Communications Director following Mooch got that way thanks to a condescending, hypocritical rant against a CNN reporter over a combination of legislation Trump promised not to pursue and a poem on the Statue of Liberty that has long been sacrosanct to the American experiment. He’ll fit right in, for awhile.