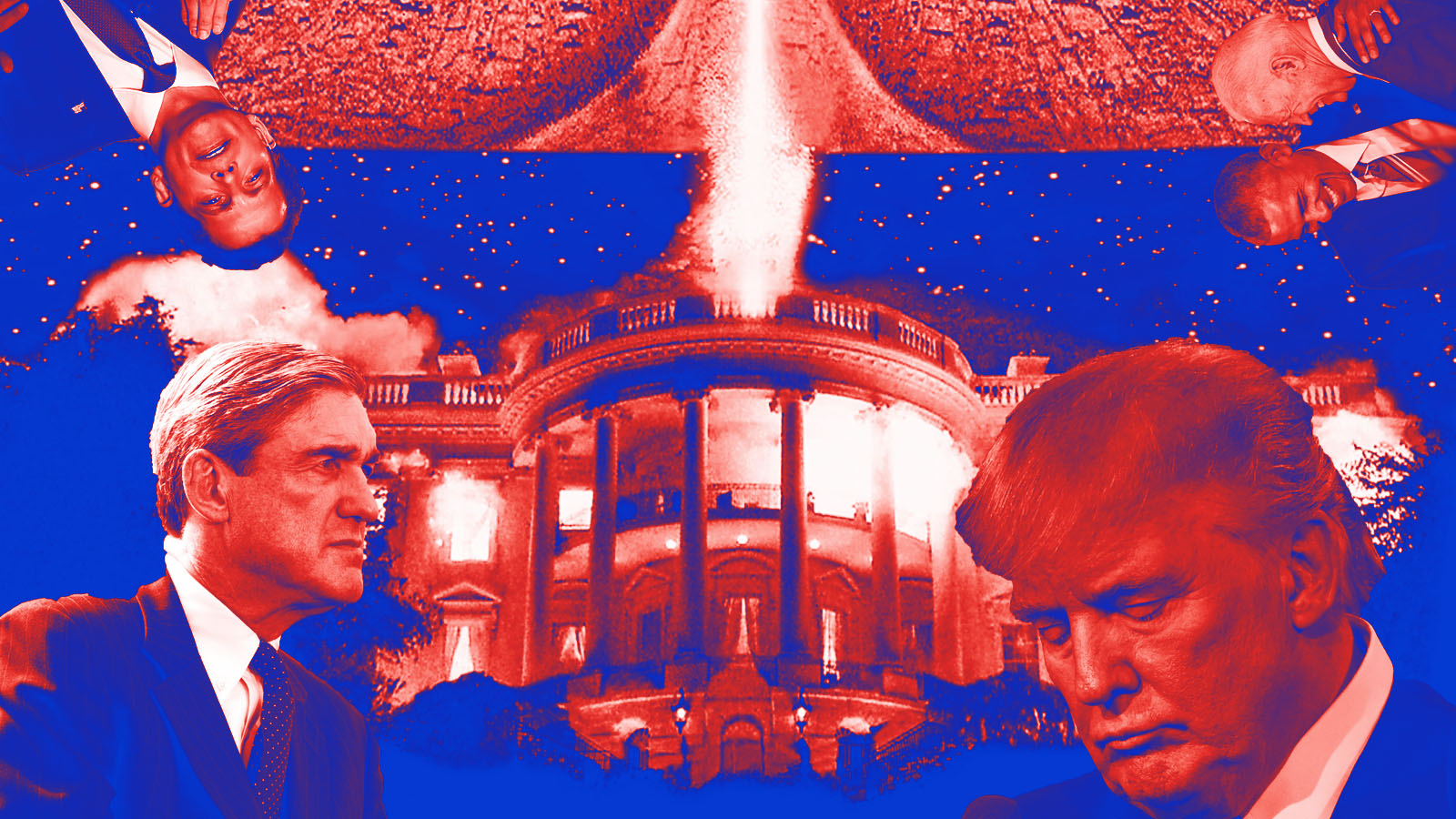 Whatever your politics, it can't be denied that the current administration is as far from a well-oiled machine as it gets. Every day a new scandal, new misrememberings, new staff shake-ups and incoherent Twitter ramblings spring forth, showering us with absurdity. So from here on in, we're going to do a weekly Trump Administration power ranking of the individuals and groups causing the White House the biggest headaches. This week, with Steve Bannon completely off the list, likely somewhere dark, nursing a vicious neck cramp and trying to keep people from noticing he still works there, outside forces are at the helm of the SS Panic. We start with the fake news...

1. Ashley Parker, Carol D. Leonnig, Philip Rucker and Tom Hamburger
The Washington Post reporters who, last night, broke the story that Trump in fact “personally dictated a statement in which [Donald] Trump Jr. said that he and the Russian lawyer had ‘primarily discussed a program about the adoption of Russian children’ when they met in June 2016…” This after Trump claimed no knowledge of the meeting and after that explanation was proven to be false. This is the talk of Washington right now, and you can bet our number two has his team looking hard at it…

2. Bob Mueller
The fact that we don’t hear much out of the Mueller investigation may be a comfort to the administration for now, but in the long term it suggests the special counsel is running an operation with a team that’s disciplined and lacking in time for media bullshit. This should worry everyone involved with the campaign, and now, everyone on Trump’s staff and legal team.

3. Donald Trump
The prez has got police commissioners all over America denouncing him, his average approval rating sits at 38%, the Chairman of the Joint Chiefs of Staff is flat-out ignoring him, his Twitter feed seems even more divorced from reality than usual, and the paper that broke Watergate just published a story reporting what might be the first indisputably illegal action he’s taken.

4. Donald Trump Jr.
There are so many ways he could fuck up the coverup of this coverup (or is there another layer of coverup there?). The Post story also gives the strong impression that dad isn’t totally unwilling to throw Junior under the bus if need be.

5. Reince Priebus
If The Mooch is to be believed, Priebus was the source for a lot of the “senior White House official” leaks we’ve seen over the past six months. He was always something of an outsider to the administration, but now that he’s been put out on the street, and in embarrassing fashion, does he have a more candid story to tell? He wouldn’t have been around for any Russia business during the campaign, but he’s got every reason to sink the ship and may have had a front-row seat to coverup activities.

6. Anthony Scaramucci
Had this list come out yesterday afternoon, The Mooch would be at the top, but after the Post revelation, his ouster after a 10-day tenure of insanity seems like nothing more than a PR speed bump. And frankly, after losing a job he valued enough to sacrifice his marriage for that quickly, and after the public learning that his pregnant wife wanted nothing to do with him, we almost feel sorry for the guy.

7. General John Kelly
In an admittedly tiny sample size, the new chief of staff might be the first adult in any room of the White House since the inauguration. He made the call that it was worth the short-term PR shitshow of firing Scaramucci in order to avoid having to deal with him for good, and that was probably the right move. But does a guy that strong willed (and who reportedly almost quit as head of Homeland Security after the Comey firing, out of solidarity) have a chance of staying in Trump’s good graces for the long haul?

8. Ryan Lizza
Like Scaramucci, he’d be higher on this list if not for last night’s revelations. Given the default two-way dependence on anonymous sourcing nowadays, there might not be a more explosive on-the-record report published in our lifetime.

9. Melania Trump
She was reportedly disgusted by Scaramucci’s New Yorker interview, which is borderline hysterical given her choice of husband, but, more importantly, her first solo international trip has been announced. She’ll make the arduous journey to Toronto to be lead the U.S. delegation to this year’s Invictus Games in September, and though she’s been easily the least controversial figure in the administration to date, foreign trips are always gaffe mines.

10. Jared Kushner
Is anyone more relieved at the current set of chaoses right now than Kush? He’s probably the most likely character in this whole mess to face prison time, but at the moment, his sins are overshadowed by all the turnover.