Six Ways to Beat the Heat

How to stay cool for the rest of summer: pour ice down your pants every hour, on the hour. And now, here are six much better options for staying cool. We call it—somewhat unsurprisingly—<em>How to Cool Off in DC</em>. It’s a compendium of ice rinks, mountain rivers, plunge pools and other things that are not 90 degrees. 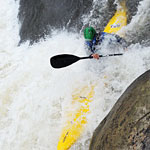 The Play: Cold water.
The Place: The Upper Yough River in Western Maryland, which is in the middle of its dam-release season. This means an 11-mile jaunt through plenty of Class IV and V rapids. It also may mean a wetsuit. 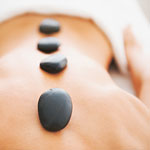 The Spa at the Four Seasons

The Play: Cold stones.
The Place: The Four Seasons’ spa, where they’ll give you a hot-stone massage... only with cold stones. 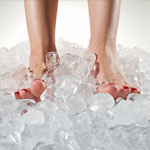 The Play: A room of ice.
The Place: Spa World, the sprawling Korean spa megaplex. There are plenty of cold pools to dip into, but you really want to finish in the ice room—basically a miniature Fortress of Solitude. 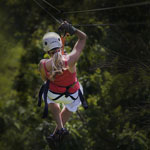 The Play: Nighttime. Also: wind and altitude.
The Place: The new treetop zipline course on the grounds of Salamander Resort, which just so happens to be running moonlight ziplining this weekend. You might call a 700-foot zip 55 feet off the ground in the dark a lot of things, but “humid” isn’t one of them. 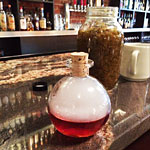 The Play: Retreating underground.
The Place: Dram & Grain, Jack Rose’s cocktail bar. It’s like a subterranean bunker, with better drinks. And if it gets too cold... well, there’s always the stash of decades-old whiskey to warm you back up again. 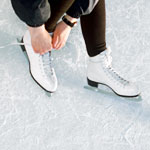 The Play: A sheet of ice.
The Place: The ice rink where the Caps practice. The team starts training in a matter of weeks, but at least once a day, you can drop in and carve up the ice yourself.