The Obscure Sports Field Guide to the Winter Olympics

It's Time You Get to Know This Year's Most Bizarre Events

At a mere 15 Olympiad, the Winter Olympics are sometimes derided as the Summer Olympics' younger, paler brother. But while the winter games may never match the prestige and grandiosity of summer, they are hands down, no-doubt-about-it more fun to watch every single time.

The winter games are frigid and snowbound, requiring extra heart, courage, acrobatics and layers. They are the war beyond the wall—the Battle of the Bastards.

They're also the world's best look at a handful of obscure, WTF sporting events. Which is why we’re here today: to run through the strangest of the bunch and provide a crash course on what to expect. We’ll start with a fan-favorite... 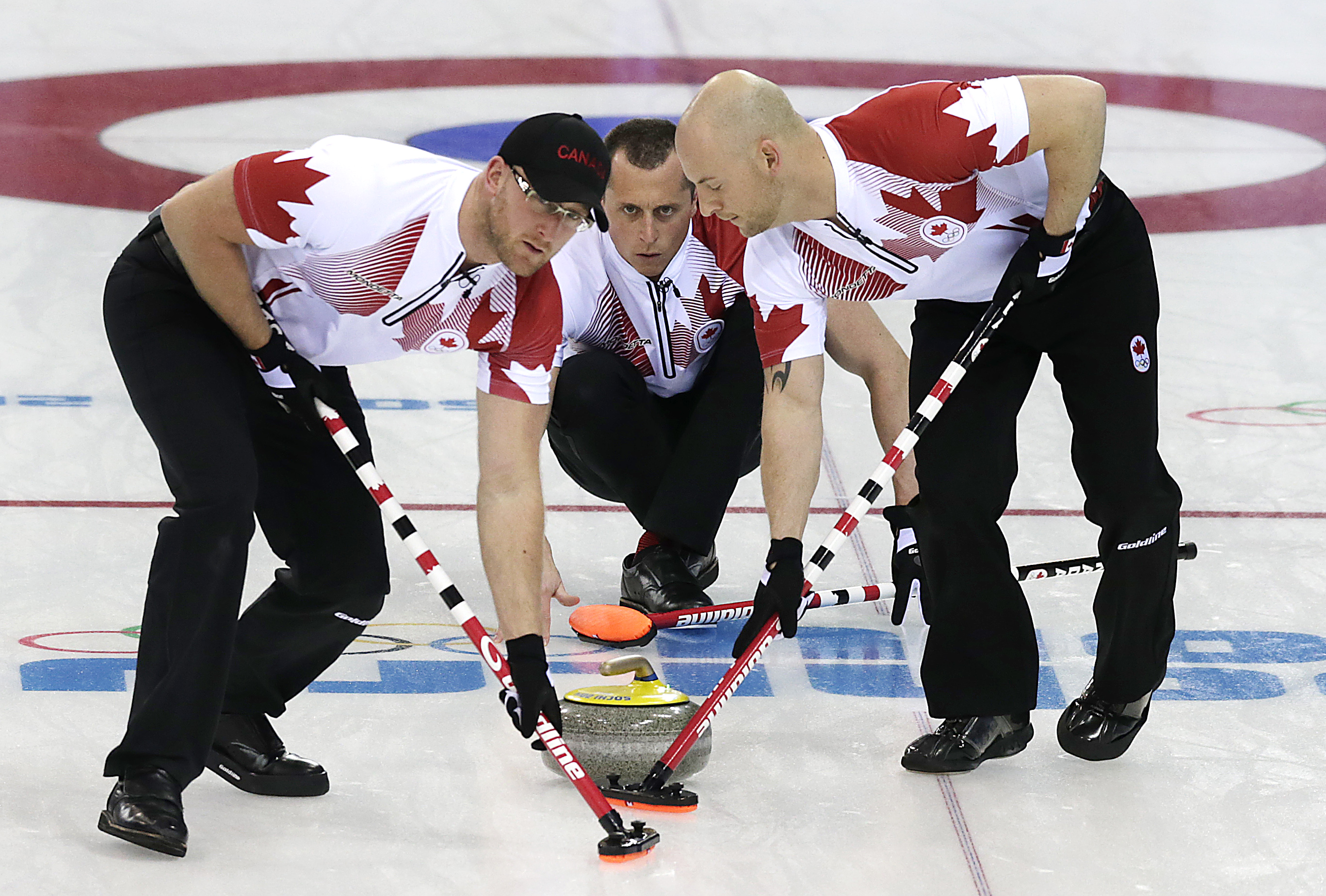 What Is It?
Curling has become so entangled in popular meme culture that it’s almost gone mainstream. But let me remind you: this is a sport that is essentially a gigantic, frozen version of shuffleboard—a game championed by both the elderly and drunk twenty-something-year-olds.

To break it down, two teams of four take turns sliding a 44-pound granite stone down the ice towards the “house,” which is that large circular target on each end. Each team attempts to accumulate the highest score by getting these stones as close to the center of the house as possible, while two additional “sweepers” accompany the stone with “brooms” to alter the state of the ice (which sounds all the way goofy, but I trust that it’s not an entirely pointless chore). Each game lasts eight to ten rounds.

Which Countries Are Historically Good At This?
Take a wild guess.

Most Insane Part
It’s not the most insane, but the thing I enjoy most is the way the curler always gingerly slides with the stone after he or she lets it go—as if to will the stone to victory. It’s the most endearing act of pretend-God I’ve ever seen, and it’s wonderful every time.

Things to Bet On With Your Friends
The U.S. Men’s team is currently ranked fourth in the world and sitting at 20/1 odds to take gold. I can’t imagine a more sublime curling situation should we win this event.

Update: The U.S. mixed doubles team was mercilessly wrecked last night. If this is any indication of what's to come, maybe do not bet on this at all.

What Is It?
Luge is one of the oldest Winter Olympic sports, and is basically sled-racing, only participants forego a snow-covered hill for a high-intensity ice track. Athletes travel at speeds exceeding 86 mph, which I’m almost certain is a speed I’ve never even reached in my car out of fear of my wheels falling off.

Which Countries Are Historically Good At This?
Germany is by far the most decorated Winter Olympic country in the history of the game (31 total medals and that's not even counting East or West Germany).

Most Insane Part
It has to be the very beginning of the run, where the athlete makes a sentient, conscionable decision to luge.

Things to Bet On With Your Friends
I advise being the person at the watch-party (because you’re totally going to one of those) who predicts a clean German sweep for this event. Odds are you’ll at least come close to seeming like an expert. 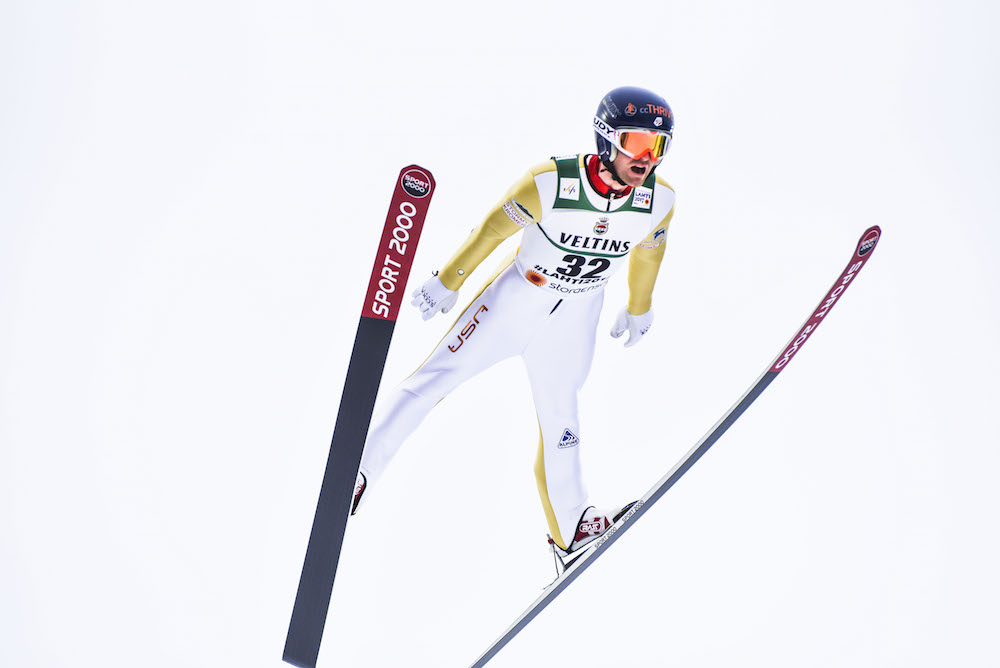 What Is It?
Nordic Combined, like luge, has a rich Olympic History (the sport’s been featured in every Winter Olympics since the first games). It combines ski jumping and cross country skiing at various long distances, which is like asking someone to run a marathon while hitting elite levels of parkour on the side.

Which Countries Are Good At This?
Norway (shocker) has double the medals of the next closest country (Finland).

Most Insane Part
The part of the jump where the skier leans all the way into the launch by forming a flying-V with their skis and back—it’s the last position I would ever contort my body into should I be rocketing toward planet earth. The second most insane part is when the athlete lands with his or her legs fully intact and attached to their torso.

The Favorites
Germany and Norway lead the pack with Johannes Rydzek and Jan Schmid, respectively.

Things to Bet On With Your Friends
Bet on every single jump. (And their consequential wipeouts.) 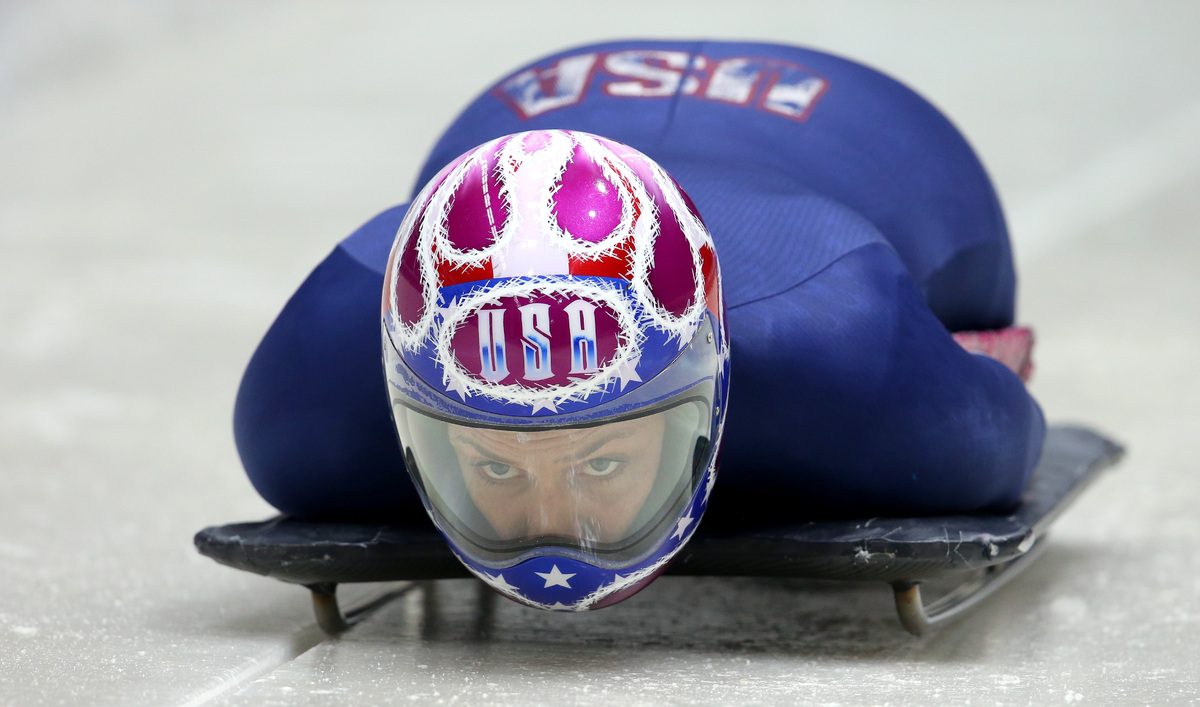 What Is It?
Skeleton is luge, only—if you can even believe it—head first. It is a bona fide sailor dive down a treacherous, lightning fast ice track via sled. And is quite possibly the most batshit insane sport of the Winter Olympics.

Which Countries Are Historically Good At This?
USA and Canada (because of course America is good at skeleton) with eight and six total medals, respectively.

Most Insane Part
The part at the end of each turn where it seems like you have about a 98% chance of flying right off your sled before tumbling down the rest of the track like a frozen sack of a potatoes.

The Favorites
On the men's side, Martins Dukurs of Latvia and Yun Sung-bin of South Korea are ones to watch. While Jacqueline Lölling and Tina Hermann of Germany carry the hype on the women's track.

Things to Bet On With Your Friends
I wouldn’t touch any actual odds with this one. Just sit back and let the adrenaline of life-threatening head-on impact lift you off your sofa.

What Is It?
The word biathlon stems from the Greek word for two contests, which in this particular case happens to be cross country skiing and riflery (!). Its roots call back to ancient survival skills of Scandinavia, where people were forced to hunt through harsh winters on skis. (Which is a thing that seems terrifying on both ends of the spectrum, by the way.) (Like, imagine you’re a deer foraging around for some nuts and what not when all of a sudden Lindsey Vonn rolls up on you with a .22 and an unquenchable thirst for Olympic Gold.) (Just feels like I’m dead every time in that scenario.)

Which Countries Are Good At This?
Norway, France, Germany, Slovakia… any European country with snow it seems.

Most Insane Part
Probably the part where they stop racing each other to shoot off their firearms.

The Favorites
Johannes Thingnes Bø, who’s favored to win gold in three of four men’s distances.

Things to Bet On With Your Friends
Let’s just hope we don’t have a couple Marvins on our hands this year.

Events That Should Be Immediately Reinstated

Ski Ballet
The most gorgeous winter sport the Olympics have ever seen.

Skijoring
Call me crazy, but let’s definitely put the sport where a horse pulls a skier down a slalom course back in the Olympics.