How I Learned to Hate Empanadas

Breaking Up with Latin America’s Most Ubiquitous Snack 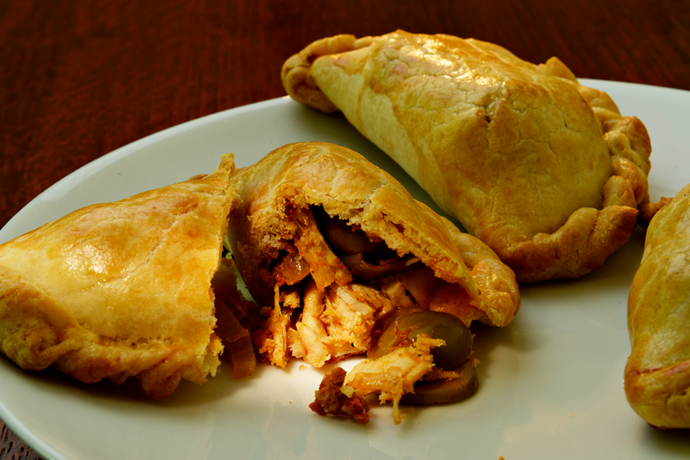 There was a time, around six months ago, when the prospect of biting into the crumbly crust of a warm empanada incited reflexive feelings of animal hunger. In Spain, especially—the first of seven months I’d spend in Spanish-speaking cities—the smells wafting from behind the glass at restaurants and small shops were magnetic, the mélange of something fried and onion-y beef foretelling a moment in the immediate future when my most basic food-related desires would be satiated. Wandering home from many a bar at the witching hour, I would stop and pick one or two up, and eat them before bed. This was a glimpse of the divine, I’d thought, no offense to the divine.


Many writers have rhapsodized about “the moment before the moment”—the notion that the potential of an experience overshadows the experience itself. Nothing in reality can live up to what we’ve dreamed; a moment, once experienced, must end. It’s all very trite and romantic and loftily melancholic. Except when you’re talking about empanadas. Then it’s just plain tragic.

Because if there’s anything I’ve learned living in Latin America for the last five months, it’s that these glorified Hot Pockets are the biggest food tease in the entire world.

They beckon the alcohol-inhibited mind with their heavenly smell and promise of meaty goodness. But is the shell not often stale, and the meat not of a lesser quality than you’d find outside a casing of fried or baked dough?

They look like a seamless delivery system for flavor and gluttony sustenance, like a sealed envelope composed of melded tacos. But have you ever consumed an empanada that wasn’t either scalding hot, given the fireball of heat trapped inside, or else lukewarm, as a result of waiting for it to finally cool down? And wherever is the sauce, in these sauce-starved Latin American cities, that the dry empanada so desperately needs?

They’re invariably cheaper than pizza. But is pizza not dope?

In a way, I’ve learned to hate empanadas because, really, I want so badly to love empanadas. It’s sad, I guess. Particularly if I’m using empanadas as a metaphor, which I’m not [holds back tears]. But as I prepare to return to Chicago from Buenos Aires next month, I’m beginning to let go of this most ubiquitous regional snack.

Living in Latin America (and Spain for that matter), you’re inundated with a wealth of great late-night food. Tacos in Mexico. Chinese food in Peru. The choripán in Argentina, which is a flat chorizo sandwich with a ridiculous amount of toppings. And decent pizza pretty much everywhere. I don’t need empanadas. You don’t need empanadas.

If you change your mind, though, I hear there’s a good little shop on the corner of every street in South America.