Here’s Everything You Want in a Desert Island 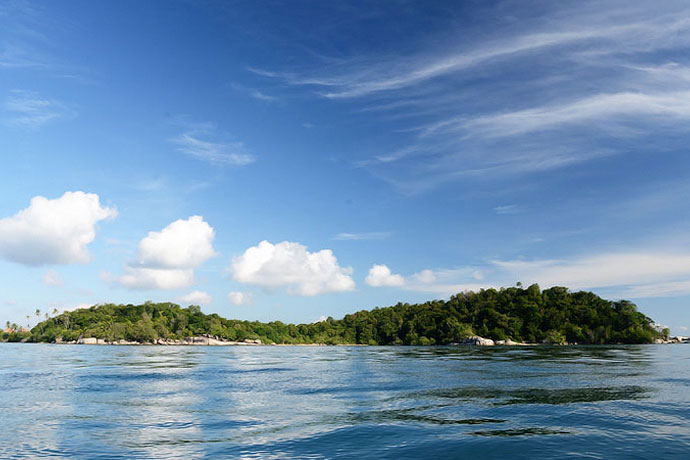 This roster of names associated with conquering life on a desert island is an illustrious one, certainly.

But only you can say you did it while eating barbecue, drinking rum and kite surfing. Of course, whether you do them simultaneously remains to be seen.

However, Cempedak Private Island intends to give you a fighting chance to do just that when it opens on a remote archipelago off the coast of Indonesia in March.

Listen, it’s a tiny island. Really tiny. Just to get there, you’ll probably fly into Singapore, then take a two-and-a-half-hour journey by various taxis, ferries and boats. But once you arrive, you’ll be rewarded with sandy white beaches, private bamboo villas equipped with plunge pools and not a whole lot of other people. See, it’s the good kind of desert island.

That sets the stage to do... anything you want to do. Though it helps if you’re set on playing croquet or tennis on grass courts, snorkeling alongside sea life amid a coral reef or, if you time your trip right, watching baby sea turtles scurry to the sea. And this being a tropical island, rum punch will feature heavily into your itinerary.

By the way, the island restaurant specializes in barbecued seafood, and you can opt to have a picnic basket prepared to take to a nearby beach that’s even more deserted than the one you’re on.

Sometimes you have to get away from your getting-away-from-it-all.