Stop Everything: Dubai Is Launching Autonomous Taxi Drones This Summer

The Future Is Finally Living Up to the Hype 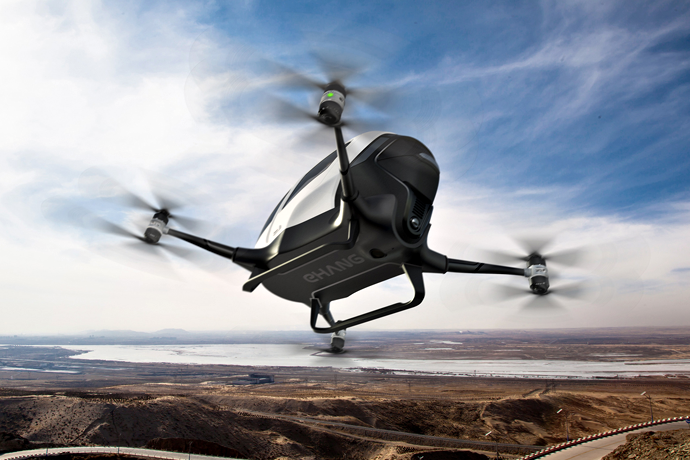 Let’s just take a moment to really let that sink in.

Because there was a time—not too long ago, really—when that number sounded like four digits auto-generated by a cyborg-accountant living in a skyscraper on the moon.

Then somehow we lurched into 2017, still getting taxied around on four wheels, carrying the stench of unattained potential for so long, we’d become nose-blind to it. No flying cars. No intergalactic sports leagues. Not one single kid named Elroy.

And then Dubai does something like this, totally redeeming our 2017 selves: they’ve announced that by this summer, a fleet of autonomous taxi drones will be whizzing around town, ready to whisk you to whatever important fever-dream-future-esque appointments you might be running late to.

Folks, this is not a drill. They’ve already got these flying taxis built and tested—the Chinese drone manufacturers behind this made a big splash at CES last year when these were unveiled. For now they’ll only carry one person. That’s just you—there’s no driver, remember—and a small suitcase. All you’ll have to do is enter your destination and you’ll zip off at speeds of around 60 mph. Oh, and probably work the radio yourself.

Here’s a short video that accompanied the announcement from Dubai RTA: