And the Inevitable 2017 Oscars Hashtag Is...

We Dig Deep Into This Year’s Academy Award Noms 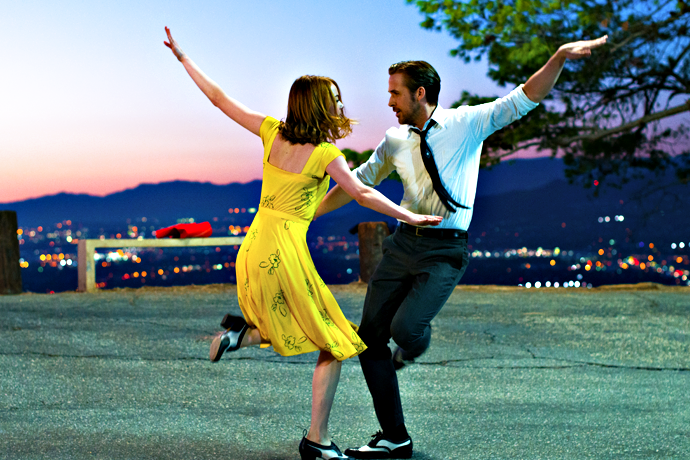 Well, the Oscar nominations are in.

So as you, along with a traumatized contingent of Finding Nemo fans, try to sift through the year’s crop of contenders, we thought it would be a good time to give you our breakdown.

You know, the surprises, the snubs, the inevitable media narratives, the appropriate hashtags.

But let’s start with the snubs...

—Sorry, Sully. An Oscar nomination was probably the only thing that you couldn’t land. Even with Tom Hanks and Clint Eastwood piloting.

—Deadpool, look at it this way, you’ll now have material for a meta-joke about the Oscars in Deadpool 2.

—Poor Finding Dory, you will just have to be happy with the $1 billion box office take. We hope you find comfort in that.

—Aaron Taylor-Johnson, whoever you are, you’ll always have that Golden Globe for Best Supporting Actor in Nocturnal Animals. It’s still pretty good. Hey, it beats getting a People’s Choice.

But if you had to snub anybody...

—Weiner. Can we, as a nation, move on from that little dick?

—Silence for Best Picture. With all due respect to Martin Scorsese, unless you’re a cinematography buff, you’re now absolved from viewing his passion project, giving you two hours and 41 minutes of your life back.

—La La Land: Hollywood loves itself too much.

—Mel Gibson, all is forgiven. Just keep on your meds.

It kind of sucks that:

—Ezra Edelman’s O.J.: Made in America was nominated for Best Documentary Feature instead of Best Picture, and that Edelman didn’t pick up a Directing nomination.

—Whit Stillman didn’t pick up a Writing nomination for Love & Friendship, an acerbically witty reimagining of Jane Austen’s eponymous novel. It was one of the best movies we saw last year.

—Viola Davis is in the Supporting Actress category as opposed to the Leading Actress category, even though it’s next to impossible to argue that she was anything less than a leading actress in Fences. We think she could win in either category, and her spot could have easily been taken by another deserving performer, like Greta Gerwig for 20th Century Women.

—There was no love for the musical categories for Sing Street. Come on. We’re going to honor Trolls over Sing Street’s veritable encyclopedia of original ’80s-inspired rock-pop music?

—Meryl Streep got nominated. She’s the best, but this nomination (like the one for Into the Woods) feels more like an obligation than an honor. We would’ve liked to see Hugh Grant nominated for Florence Foster Jenkins instead, setting off a McConaughey-like renaissance that would inevitably end when he took a part in a movie comparable to Free State of Jones.

—Colin Farrell didn’t get nominated for Best Actor. He gave an unforgettably offbeat and original performance in The Lobster.

Then again, we didn’t see this coming:

—Six nominations for both Lion and Mel Gibson’s Hacksaw Ridge. Have you seen the trailer for Lion? It looks like a Lifetime movie on steroids.

—A Best Picture nomination for Hell or High Water. This was a pleasant surprise.