It’s a Wonderland of Ramen, Wagyu Beef and Whiskey-Glazed Donuts 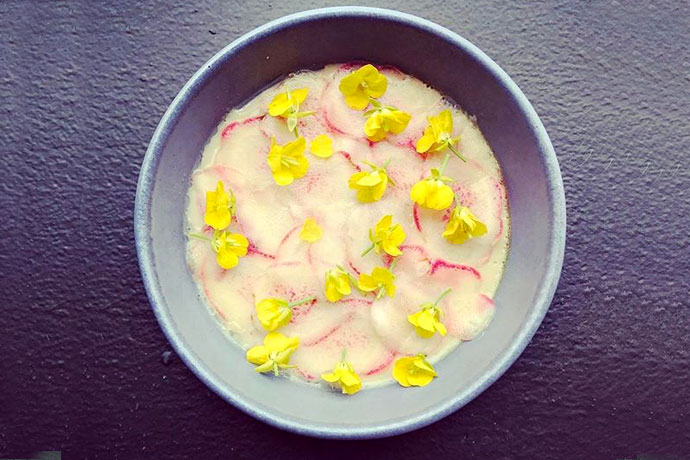 Not a ton in common there.

Maybe snow. Snow happens in both places. And hot soupy creations. Those, too.

You’ll notice right away, from the gray banquette dotted with red throw pillows and the portrait of suddenly former President Barack Obama, that you’re in for a more casual experience than you would be at Regan’s other restaurant, Elizabeth.

Come any night of the week for a steaming bowl of pork belly tonkotsu ramen, oysters with a rice wine mignonette or sashimi with Minnesota golden rice and housemade miso.

And on a special occasion—say, February 14—bring a date and order the tender Wagyu steak and seared scallops with soy hollandaise. By then, they’ll probably have their liquor license, too, for beer and sake-based cocktails.

On the off chance they don’t, though, you could always settle for a whiskey-glazed, Japanese-style brioche donut.

You should probably settle for one regardless.