We Got a Paulie Gee’s. They Do Pizza. 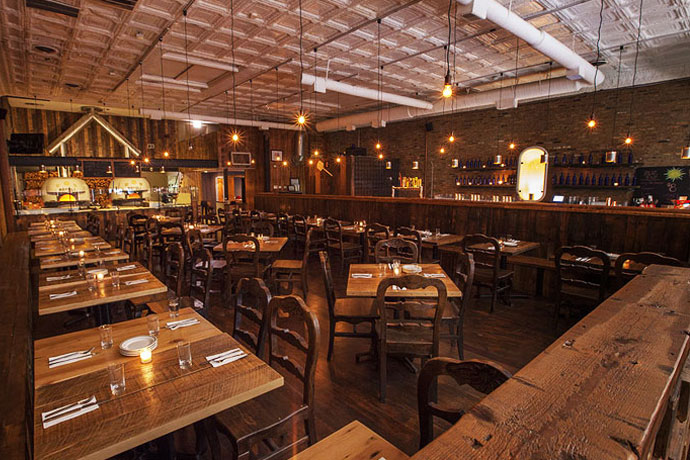 Of pizza. In case that wasn’t clear, we were talking about pizza.

Ignore whatever just happened up there and press on to Paulie Gee’s Logan Square—the first Chicago iteration of the hallowed Brooklyn pizzeria, involving a surplus of wood-fired Italian sausage pies, much beer and a few rotating cocktails. It’s open now, and this slideshow is covered in pizza.

What you’ve got here is a no-frills den of dark wood and exposed brick. Sure, there’s a bathtub-cum-beer-list behind the bar. And yes, they can concoct you a damn fine boozy float with Jeni’s ice cream. But really, this place is about one thing and one thing only. Yeah, that stuff.

As is the Logan Square: a special square-shaped pizza that’s only available in limited quantities on Sundays, Mondays and Wednesdays.