Primarily Due to the Nightclub, the Shake Shack and the Rum Punch 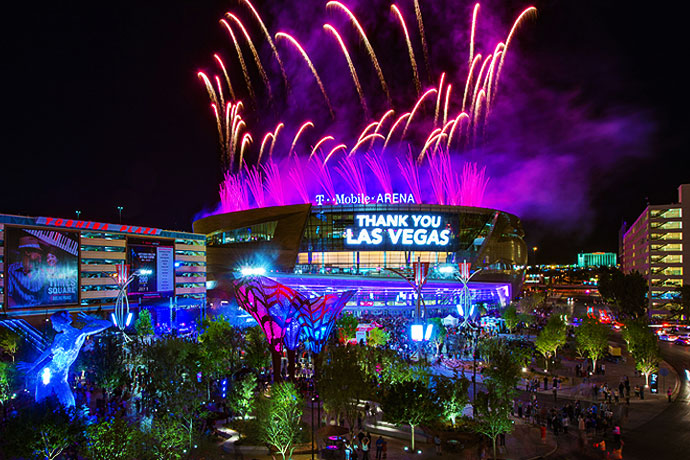 9 Photos T-Mobile Arena and Hyde Lounge
Last week, we brought you good tidings, beer and foie-gras-buttered steaks from the new Strip on the block, humbly called the Park.

However, we neglected to mention the pink-hued light (read: gargantuan multipurpose arena) at the end of that tunnel known as the T-Mobile Arena. And the giant club inside of it called Hyde Lounge.

They’re open now, and this is the part where we elaborate...

Just look at it.
Does this look like an arena to you? The correct answer is: “Well, yes, sort of, but also not,” minus all the commas.

About that 18,000-square-foot nightclub perched 100 feet above the arena...
It’s magnificent, and here’s what you’re drinking in it. Also, don’t be surprised if you happen to find Keith Urban, Coldplay and Billy Joel hanging out there after a show.

Fine, you can act a little surprised.