Off the Coast of Tanzania, a New Private Island 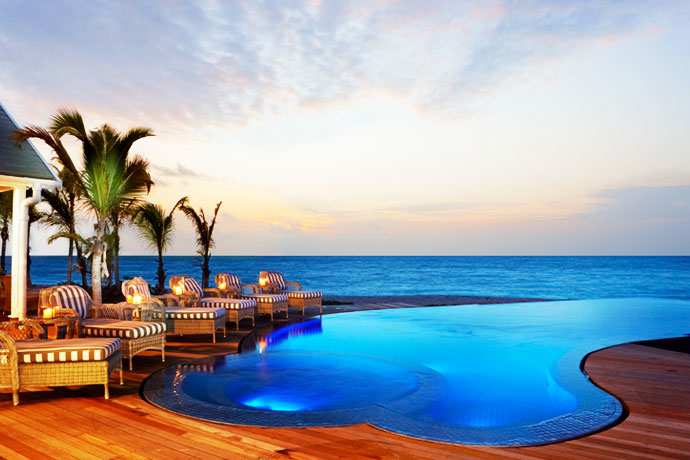 16 Photos Thanda Island
In geography class, you probably learned little tidbits like the capital of Arkansas and other arcane factoids.

You probably did not learn that there’s a life-changingly beautiful private island off the east coast of Tanzania.

Now spin your globe to Thanda Island, a 20-acre drop of land in the Indian Ocean, which, bonus: has exactly one expansive villa waiting for you atop it, booking now for private stays only.

Here are some photographs of this tropical island that’s surrounded by its own private coral reef... but maybe don’t look directly at them. The sight of the glass-rimmed swimming pool, the alfresco copper tub and everything inside the breezy five-bedroom house is almost too much for mere mortal eyes to take.

Some quick specifics: it’s only accessible by helicopter or boat, there’s a three- or seven-night minimum stay (depending on the season), and you’ll have a dedicated staff to assist with your every whim. Whims like getting massaged on the beach, picnicking on a sandbank and going big-gamefishing from a 28-foot deep-sea boat.

Another option: jumping to nearby intriguingly named Mafia Island to visit villages and go on road safaris and explore 11th-century ruins.

It’s an offer you don’t really want to refuse.