We’ve Got Two New River Cruises for Your Consideration 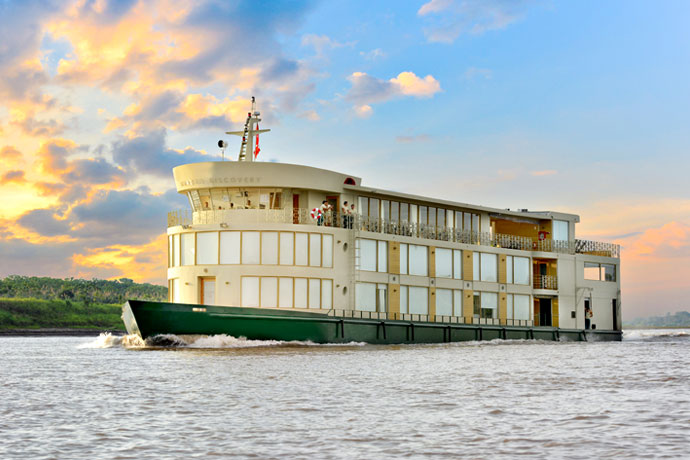 20 Photos Amazon Discovery Cruise and The Strand Cruise
Two new river cruises are better than one.

Since there’s simply no denying that, let’s jump right into a tale-of-the-tape breakdown of the Amazon Discovery Cruise and the Strand Cruise, both booking now.

The Ship
Amazon Discovery Cruise: You’re settling into a 169-foot, built-last-year ship. It’s got 22 suites with pillow menus, a gym and a plunge pool. Which is safer than a plunge river.
The Strand Cruise: The 27-cabin boat is the sister property to the famed Strand Hotel in Yangon, so expect things like a foot reflexology station, a wine cellar and a pool surrounded by shaded lounges. See the slideshow.

The Route
Amazon Discovery Cruise: Seven days of cruising around Peru. Also, getting extra deep into the rain forest by hopping onto a 15-person skiff. Raucous monkey troops await.
The Strand Cruise: Sailing down the Ayeyarwady River either over four nights from Bagan to Mandalay or three nights from Mandalay to Bagan. Because sometimes one night makes all the difference.

The Moorings
Amazon Discovery Cruise: On day four, you’ll explore a village called San Francisco. Try to limit your comparison jokes.
The Strand Cruise: Stopping at ancient pagodas, having dinner on a sandbank and seeing what’s believed to be the world’s oldest and longest teakwood bridge.

You’ll stick with the Golden Gate.