Late-Night Snacks and Smoked Rum at the Cosmopolitan 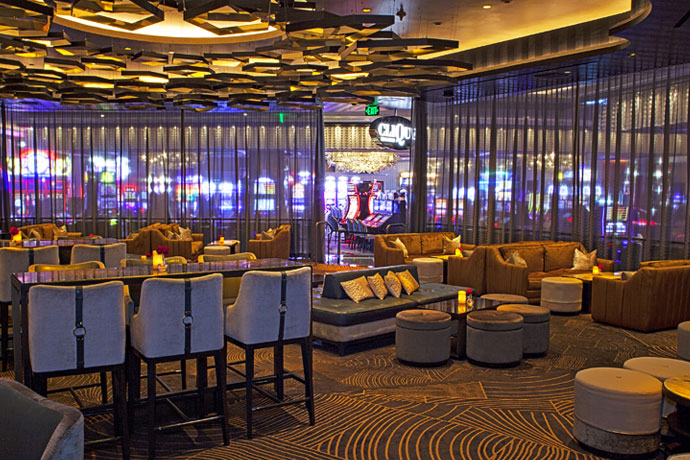 12 Photos Clique Bar & Lounge
It’s only January, and already you’ve got a new place where the bartenders infuse, caramelize and barrel-smoke rum drinks right at your table.

So... should be a pretty good year.

The place of which we speak is Clique Bar & Lounge, a heavily curtained leisure den with majestic drinks and mini lobster tacos that’s open now in the Cosmopolitan. (Visual evidence may be found here.)

This is the sort of bar you’ll happen upon while walking through the hotel with a comely accomplice. You’ll point and go, “Look there.” And then things will happen.

Once inside, you’ll slide onto one of the couches and peruse the part of the menu with the drinks on it. It’s a nice part. Your date might go for the watermelon-and-tequila Don Sandia that’s served in a hollowed-out cucumber. And you might go for something like the Chester Copper Pot, which involves rum and espresso-infused Campari being smoked in a barrel tableside? That question mark was a typo.

Oh, and in the event that you’re looking for a late-night snack, they’ve got things like sliders, those mini lobster tacos and a chocolate-laced vodka ice cream float.

There are many types of snacks.