For God and the Galactic Empire 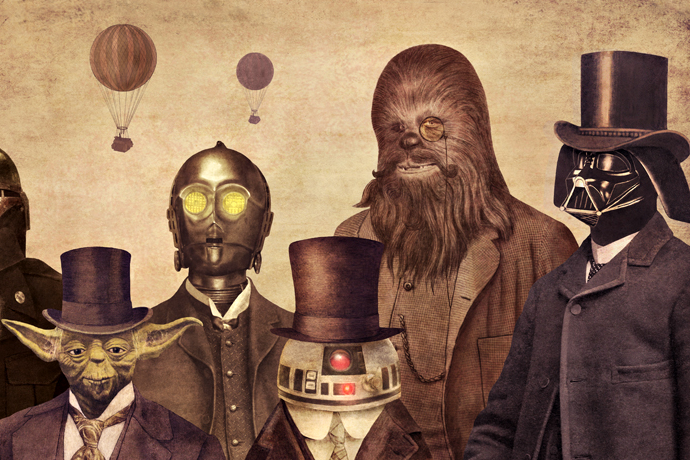 Britain’s Queen Victoria reigned during a time of many territorial conflicts, though she did become Empress of India in the process. More impressive: never once, as far as we know, did she use the Force. No one ever saw her shoot purple electric bolt thingies from her fingertips. And to this day, we have no idea what her midi-chlorian blood levels were. Still, we do have these: Star Wars characters done up like Victorian-era portraits, thanks to Terry Fan. So there’s that.