Pork Belly Nachos and Bird-Themed Cocktails for Everyone 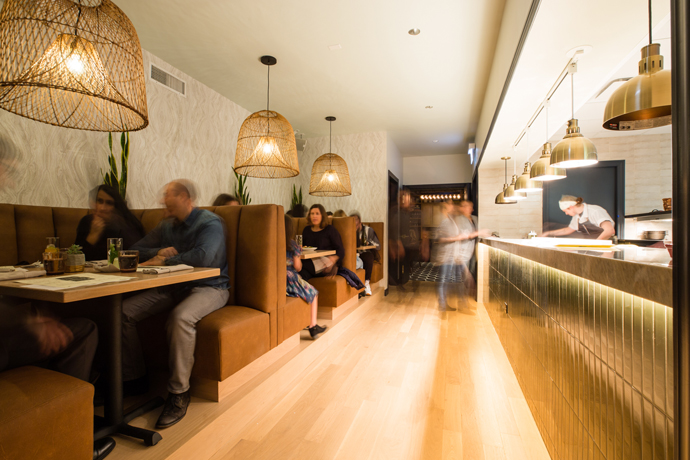 On their own: forces to be reckoned with.

The team behind Gather gets this, and that's exactly how it shall be at their new anything-goes restaurant called the Warbler. It's now open in Lincoln Square, and here's the visual evidence of that fact.

Upon arrival, you'll have some choices. Maybe you'll sit at the marble bar and ogle the golden beer taps. Though perhaps a table in the bright, plant-filled dining room is more your speed. Views of the open kitchen from a horseshoe booth? Yes. Yes, of course.

Regardless, your decision-making will be rewarded with a plate of crispy pork belly-topped nachos and Korean-style chicken wings. And with a spread like that, you might just be inclined to look for a television. You won't find one. But that's okay, because what you will find is from-scratch flatbread covered in artichokes and butternut squash purée. To say nothing of that handmade pasta selection.

It all goes nicely with one of the many bird-themed cocktails. Take the Songbird, for example, made with barrel-aged and unfiltered gins, plus a splash of blackberry wine. And, yes, there's a bird beer, too. It's the Flight of the Rooster Saison, if you must know.

About time roosters got their own saison.