Journey’s fabled Separate Ways video is one of the strangest, most terrible music videos of all time. There’s no way around it. It is a work of art, well seasoned through decades of persistent mockery—a low-budget haymaker so crude, it’s almost as if the band was sitting around one day and thought, “Let’s go grab a sixer, hit the wharf and knock this thing out.”

All of this is to say: this induction is a no-brainer. Hell, you’re probably already familiar with Separate Ways to a particular degree of boredom. That doesn’t mean it isn’t worth all 42 million views currently on YouTube, or that every single one of those views wasn't perfect and worthwhile. Every weird piece of internet lore has its day, and Journey’s day has come.

So let’s pay our respects with a top-five ranking of screenshots from this catastrophic effort, because that seems like a weird and fun thing to do with such a weird and fun music video.

5. This Screenshot of Jonathan Cain Totally Rocking Shit On An Imaginary Keyboard

My favorite part about this: Every other person in the band just looking over at Cain as if to say, "Man, he is fucking killing it right now."

4. This Screenshot of Steve Perry and His New Cat

In the most curious plot twist of the video, Cain appears to lose all muscle memory in another feeble attempt at the air-keyboard. I just want to know if Cain picked up his imaginary keys and carried them over to the new shot himself, as he does not seem like the type of prima donna to make others do so for him.

3. This Screenshot of the Most Aggressive Cat-Call of All Time

Imagine taking your usual Sunday stroll down the wharf and having to put up with that denim-clad dorkfest up there. Shouts to the main attraction of the piece for keeping her cool under the duress of a bunch of white men playing pretend instruments.

2. This Screenshot of Steve Smith Letting It All Hang Out On a Set of Grill Lids and Gasoline Barrels

Aside from "Grill Lids and Gasoline Barrels" sounding like the name a super depressing Bruno Mars album, Smith manages to kind of kill it here—as evidenced by his soul-scorching dead pan. (Again, check out our guy in the background completely locked in the zone. Fuck yeah.)

1. This Screenshot, Wherein the Person With the Least Amount of Hair is Somehow Most Prominent 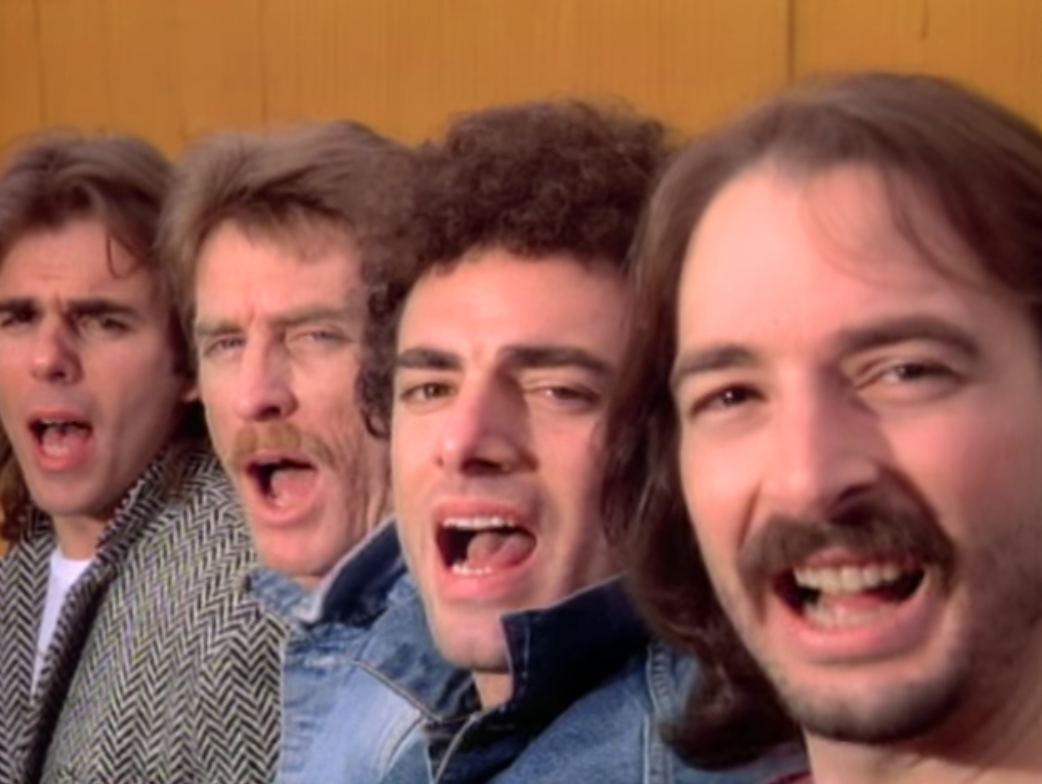 A fun thing to do is to pull this shot out of context and pretend it's just a photograph. And that upon taking the picture, the photographer said something like, "OK guys give me a big smile." And this is just how Journey smiles.

Anyway, welcome to the Hall, Journey, and thank you. The internet will forever be a much weirder place with you in it.