Bagels, Lox, Egg Creams and Other Essentials in North Center

Steingold's Is the Jewish Deli You Deserve 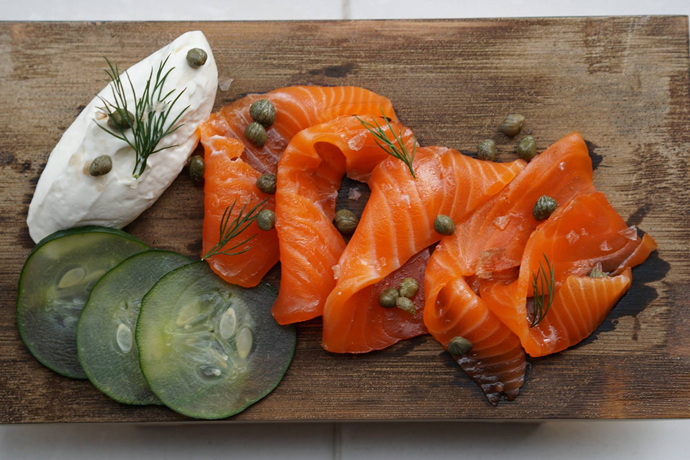 "It should be a lot easier to find a great bagel in this city," you said.

And lo, he concluded that it was about damn time this city had a quality Jewish delicatessen, so Steingold's of Chicago was born. After a short-lived stint this week, it reopens Tuesday in North Center and looks like this.

This bright space puts delicious things center stage, from the cooler filled with whitefish salad to the paintings of bow tie-wearing trout on the walls. Watch as they delicately slice sides of cured salmon or sear pastrami to go on toasted baguettes.

The chalkboard menu is stacked with hits like bagels served with Nova lox and Reubens with smoked sauerkraut. It's not without its twists, though. The Sister-In-Law is a pastrami sandwich covered in kimchi. Meanwhile, the latkes are served with caviar and labneh.

Get there early when the bagels are fresh out of the oven and reward yourself with an egg cream and a slice of Baker Miller pie. Or get there later with a bottle of wine and stay a while, because it's BYOB.

Which more or less changes everything.