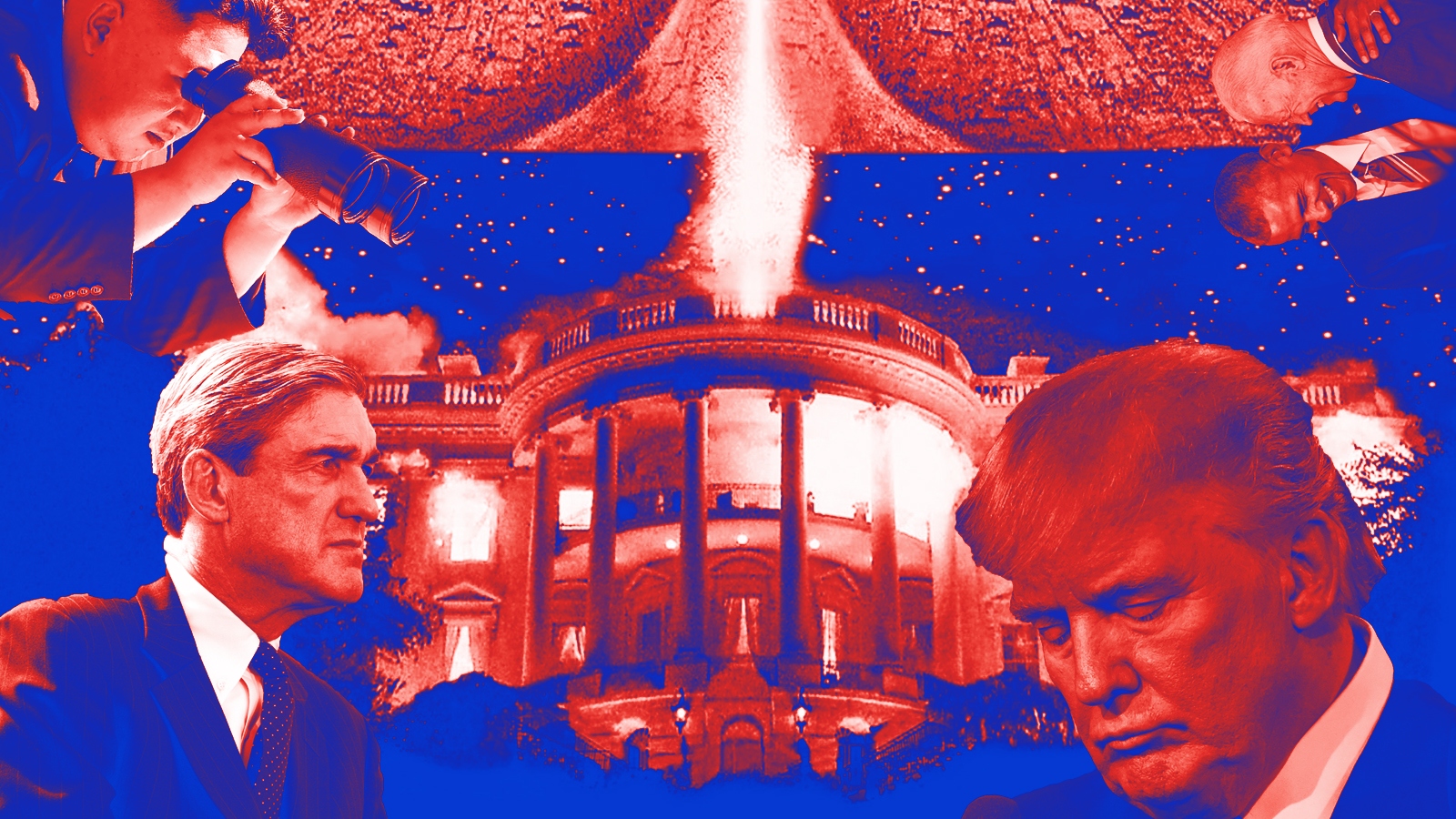 It often feels like the only way to confront the current era of American politics is with an angle of absurdity and detachment, lest we fall completely into despair. That's what the power rankings are about. We put together a brief primer, part current events education and part sarcasm, all meant to be a reminder that, as dark as things may seem, this too shall pass. That goes extra for this week.

1. Donald Trump (Last Week: 4)
Denouncing white supremacists and Nazis: sounds like a softball, right? All that was required was an unambiguous, forceful declaration of disgust at a group of (armed, in some cases) people who stormed a town and then killed someone who was there to protest hate. Swing and a miss.

2. Kim Jong Un (NA)
For the last 30 years, Americans have been able to sleep soundly knowing that, no matter how divisive our politics were, no matter how rough things got economically, no matter how disastrous our foreign policy seemed to get, at least we weren’t in danger of nuclear war. That chance is now non-zero. Maybe this is causing more panic in the public than the White House (rightfully so), but Trump doesn’t seem to be inspiring much confidence within the West Wing at his ability to handle Un. The good news: Un seems to have backed off of plans to obliterate Guam. No word on what that’ll do to the island’s tourism industry.

3. Steve Bannon (NA)
Welcome to the fold, Steve. Your minions are the new face of American hate. The White House thinks you’re the source of many of its hated leaks. H.R. McMaster refused on Meet the Press to explicitly say he could still work with you. And a number of reputable news outlets now have you on the verge of being fired. If Bannon is pushed out, he becomes even more dangerous with both Breitbart and the Mueller investigation at his disposal as outlets of vengeance.

4. Robert Mueller (1)
Another week where we hear nothing directly from Mueller or his team, and another week where the investigation seems to be growing and progressing by leaps and bounds. Ruthless efficiency.

5. Reince Priebus (NA)
Priebus had just been cut loose when week 1 of the power rankings came out. Back then, we said “he’s got every reason to sink the ship and may have had a front-row seat to coverup activities.” This past weekend, we learned Mueller is in talks to interview Reince. Presumably not just so he can ask him where his parents came up with the name.

6. Tom Hamburger and Carol D. Leonnig (NA)
Two of The Washington Post reporters who broke the story of Trump personally dictating the denial of Donald Trump Jr’s June 2016 meeting with Russians published another quiet bombshell yesterday suggesting that high-level Russian officials repeatedly reached out about meeting with Trump and senior campaign officials, soon before such meetings are documented. These two may shape up to be the Woodward and Bernstein of our generation.

7. George Papadopoulos (NA)
This is who the Russians reached out to—“a campaign volunteer with scant foreign policy experience,” who was nevertheless elevated to Trump’s six-man foreign policy team three days before he started sending emails about his Russia contacts. Papadopoulos is now an independent oil, gas and policy consultant, and you can bet the Mueller team is flipping through the phone book for his address as we speak.

8. Paul Manafort (2)
Last week we said Manafort would probably be the hardest target in the investigation. A day later, word broke that the FBI had raided his home in late July on a no-knock warrant.

9. Jared Kushner (3)
Our guess: they went after Manafort first in an effort to work up to Kush, who’s very exposed since he’s still in the administration and has a tenuous hold on his security clearance.