Christopher Nolan's Most Eligible Male Protagonists Walk into a Bar...

DiCaprio. McConaughey. Batman. Which One of Them Gets the Girl?

When it comes to Christopher Nolan movies, we can all agree on one thing: dude loves a good mindfuck. But also: they feature some hunky, complex, strong-willed male protagonists, who more often than not exhibit quite the romantic streak.

So on the days leading up to the premiere of his World War II epic, Dunkirk, the editors here at UrbanDaddy got to thinking...

What if Nolan’s five most eligible male leads walked into a bar, and set their sights on the same enigmatic brunette sensually stirring her dirty martini near the jukebox playing Hans Zimmer on repeat? Which one would get the girl?

Before we begin this thought experiment, let's set a few boundaries...

1) This bar exists in a timeless dimension, in order to level the playing field for Robert Angier from The Prestige, who would otherwise would look pretty damn silly walking into a bar with his 19th century magician getup. (To be clear, we do not mean this bar is a black hole. McConaughey’s Cooper will not be able to send messages to the girl’s past self via a dusty old bottle of Pappy van Winkle languishing on the shelves or whatever.)

2) Under no circumstances is Inception-like manipulation allowed. Looking at you, Leo.

3) Michael Caine, aka Alfred from Batman, Professor Brand from Interstellar and John Cutter from The Prestige, will not be available for wingman-ing purposes. Although, I think we can all agree Michael Caine would make an excellent wingman, provided he didn’t just go ahead and steal your girl.

4) Batman, your costume is optional. 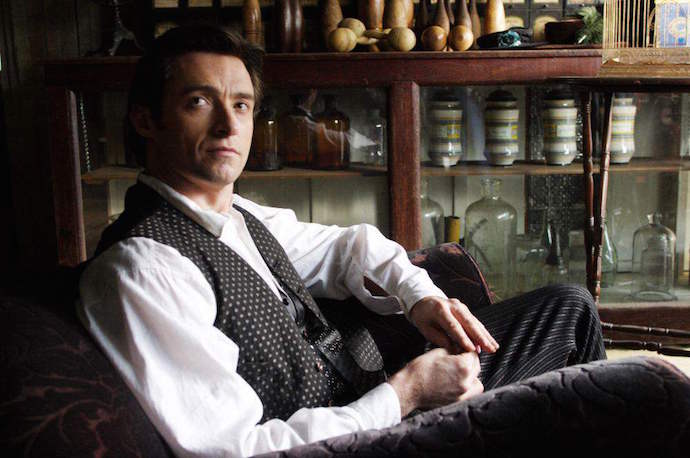 Bachelor #1: Robert Angier, from The Prestige
Girls love magic. That is a basic law of nature. All of my failures when it comes to picking up women can be traced to the simple fact that I cannot, no matter how hard I try, make the card inserted into the middle of a deck float to the top. Oh, were I able to induce the sparks of wonder in the eyes of a desirable woman using slight-of-hand or pulling a folded-up dollar bill out of an unpeeled orange! Life would be so easy....

As it is for Robert Angier, who, beyond owning a dope ascot and being able to make shit vanish into thin air, is also rich, and looks, walks and talks like Hugh Jackman. There is no doubt that if he wished to bed a single lady at the bar he could. He is kind of like a more evolved version of that guy from VH1’s The Pick-Up Artist, minus the fuzzy boa. 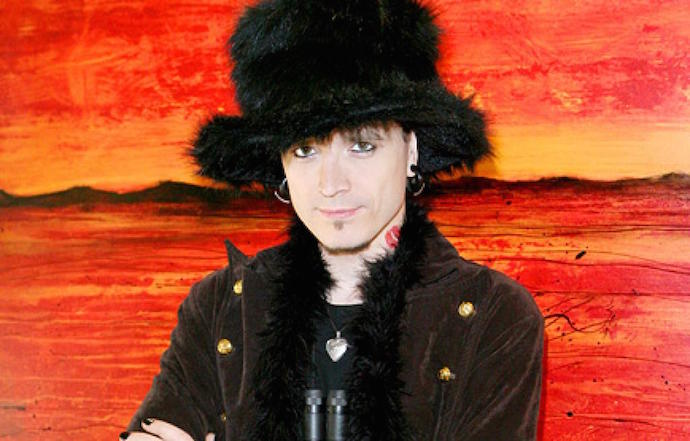 Anyway, here is how I imagine this seduction would go down...

Angier: Hello, there. I would like to give you a moment of genuine wonder. That is my only goal in this life.

Angier leaves the bar and drowns himself in a tub. Fortunately, David Bowie Nikola Tesla had made him a cloning machine. Angier’s clone comes back into the bar, wearing a new ascot.

Angier: Hello, there. I would like to give you a moment of genuine wonder. That is my only goal in this life.

Girl: Didn’t you just try this a minute ago?

Girl: Take a seat anyway. You look like Hugh Jackman. 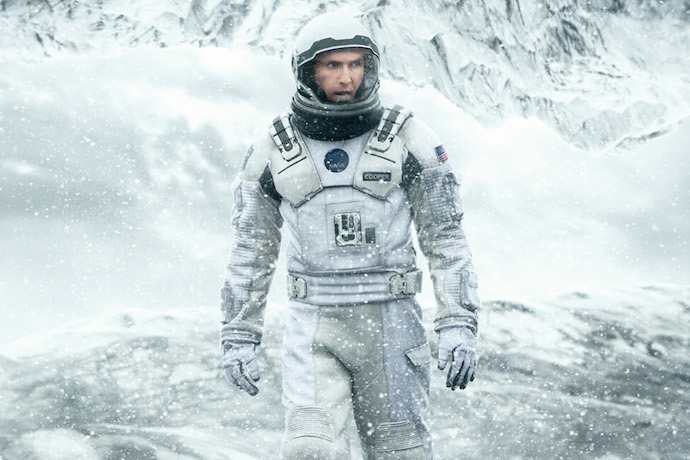 Bachelor #2: Cooper, from Interstellar
Let’s see what Cooper has going for him...

1) Was an astronaut, but, like, a “folksy” astronaut.
2) Has a drawl.
3) Is a really good dad.
4) Likes beer.
5) Hey, someone’s going to need to colonize that new planet eventually, if you catch my gravitational drift...
6) Once did this in an alternate dimension:

Bachelor #3: Cobb, from Inception
Cobb’s just the kind of smooth-talking stud to handsomely waltz into a bar and share all of his hopes and dreams with you after infiltrating yours and extracting deeply personal information from your subconscious. [Ed. Note: Hey, I said no inception-ing!] But one of the best parts about an imaginary night on the town with Cobb are the limitless boundaries. Worried about work in the morning? Wondering if that sixth dirty martini is going to put you over the edge? Stuck working city construction in limbo for the third year in a row? Not to worry. You’re just going to wake up in the back of some dude’s mini-van in about five minutes anyway.

Bachelor #4: Leonard, from Memento
He’s tattooed. He’s buff. And he won’t remember a thing the morning after. Leonard in Memento is a strange, little boy lost, sure to appeal to any lady who has bird-with-a-broken-wing syndrome. He is mysterious, yet clean-cut, with insinuations of a bad-boy past. He’s also Guy Fucking Pearce, so it probably helps that he’s killing it in the looks department, too. 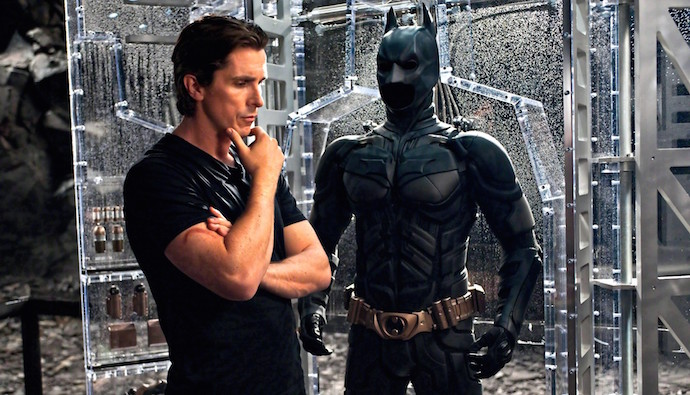 Bachelor #5: Bruce Wayne, from Batman Begins, The Dark Knight and The Dark Knight Rises
Batman is a brooding weirdo. Bruce Wayne, however, is a cocksure rich guy with a mansion so big, it has room for a cave with its own weapons R&D lab. He’s basically Mark Cuban with less chin, better clothes and even more of a sense of civic responsibility. And he always has tickets to some amazing gala, even if he disappears halfway through to deal with the Joker, who inevitably crashes said gala and makes you the perpetual third wheel to their squabbling. Still, we’re talking big bucks this guy has. Plus, when Batman makes love, there’s presumably a chance for animated sound effects to appear.

The Verdicts
Sam Eichner: Given the evidence presented, by myself included, I'm going to have to go with Cooper. Folksy astronauts with McConaughey drawls are tough to beat.

Thompson Brandes: I had an old roommate (let's just call him the Magic Man, because that is what all the attractive women at the bar he did magic tricks for called him) who did this thing with a card trick where he would blow a heaping amount of smoke out of his mouth after finally pulling the correct card. No one asks for the smoke; no one ever knows where it comes from. It just fucking billows out of his mouth like a fucking dragon every single time. My roommate was about 5'6" and looks nothing like Hugh Jackman. I'm siding with Robert Angier here.

Hadley Tomicki: Hard to argue with an ascot. I'm going with Angier, too.

Hannah Kim, providing a much-needed female perspective: I will say it's a tough choice. I mean a girl can't go wrong choosing between McConaughey, Jackman, Bale or DiCaprio. But if we're talking characters...

Angier – yes, magic is cool but can also be cheesy AF if it's not in the right setting. Also, compared to the competition, the only way I'm leaving with Angier is if his magic trick is making the other men disappear.

Cobb – yes, he has the face of an angel but the guys good at "getting into people's heads" and is an actual fugitive... matter of fact, surprised he didn't run away from this bar. #TrustIssues

Batman – Do I need to say anything here? Just show up in the costume and it's game over. Should we take the batmobile or are we walking?