A Double-Header of Downtown Eateries

One Has Casual Italian From a by Chloe Co-Founder, the Other’s a Solid Summer Date Spot 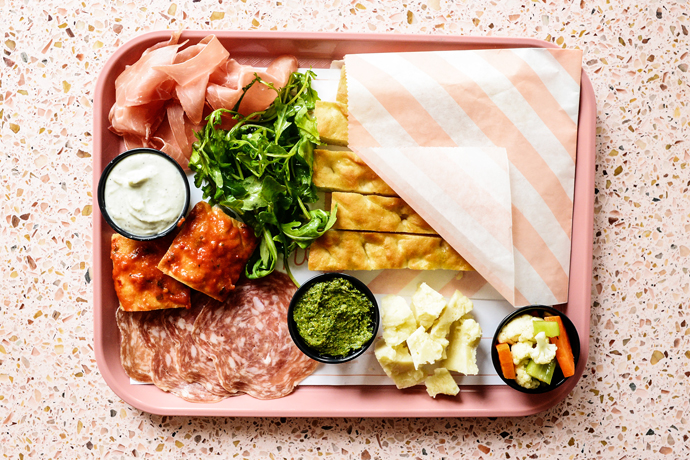 15 Photos Minnie's and The Sosta
Today, on this most beautiful Monday, the 17th of July in the year 2017, it feels only right that you have two new, summery downtown eateries to check out.

And it just so happens we’ve got couple of those up our hypothetical sleeve over in LES-Nolita territory.

Now, one’s a casual-leaning date spot called Minnie’s. The other is the latest from a by Chloe founder that feels a lot like by Chloe, just, with more pasta. And you’ll find everything else you’d want to know right below these very words.

The Briefest of Backstories
Minnie’s: This comes to us from a native New Yorker/virgin-restauranteur who brought chef John Keller on board to teach him some of her family recipes. So you’ve got that familial touch, but also a chef who knows what the hell he’s doing. Not a bad start.
The Sosta: The latest from by Chloe co-founder Samantha Wasser (you likely know the name), as you could probably guess by one look at the place.

The Time to Go
Minnie’s: Catching up with a friend on a Thursday, casual dates in probably-not-new relationships on a Friday.
The Sosta: For quick, casual bites. Whenever.

The Sustenance
Minnie’s: Mostly light, mostly healthy, with a couple of indulgent options for variety. Think charred octopus salad and smoked cauliflower fritto with harissa yogurt, but also a massive 28-day aged ribeye. Menu’s here.
The Sosta: For dinner, you’ve got five pastas, including a spicy bucatini arrabbiata with cherry tomato and hot cherry peppers, some rather involved salads and a few focaccia sandwiches. For brunch, they’ve got breakfast spaghetti and mini Nutella sandwiches. Menu, reporting for duty.

The Adult Beverages
Minnie’s: The cocktails are the move here. They’ve got spins on classics, like the Backyard (chamomile-infused gin, lime, tonic), as well as unique concoctions like the Love Potion (tequila, grapefruit bitters, yuzu and rose water).
The Sosta: Your quintessential beer and wine on tap, plus spritzers like the classico (Prosecco, cappelletti, soda, orange).

The Photos
Both right this way.

MONDAY BONUS: We’ve got thoughts on last night’s Game of Thrones premiere. 10, to be precise.