A Definitive Ranking of Game of Thrones Hair

Who Has the Finest Coiffure in Westeros?

Photos: HBO
As the season seven premiere of Game of Thrones draws nearer, buzz surrounding plot rumors and show theories inevitably grows louder: Will there be tension between Jon Snow and Sansa Stark? Is Jon Snow bound to be the last hero? And when's that Mountain vs. The Hound showdown finally going to happen?

While we, like everyone else, can only offer speculations on such matters, we are uniquely equipped to answer one of the most hard-hitting GoT-related questions floating around our office the web right now: Which character has the finest hair?

Rest assured: the night may be dark and full of terrors, but this show is chalk-full of gorgeous, free-flowing manes. A few ground rules to start...

·      The character has to be alive. This means no Ned and no Robb and no all those other people who have paid the iron price.

·      This exercise applies to all hair. Worthy beards and scruff have to be taken into account.

And that’s it. Join us as we gallantly mount our horses and ride bravely into this battle of human hair. [Editor's Note: We apologize for the previous sentence.] 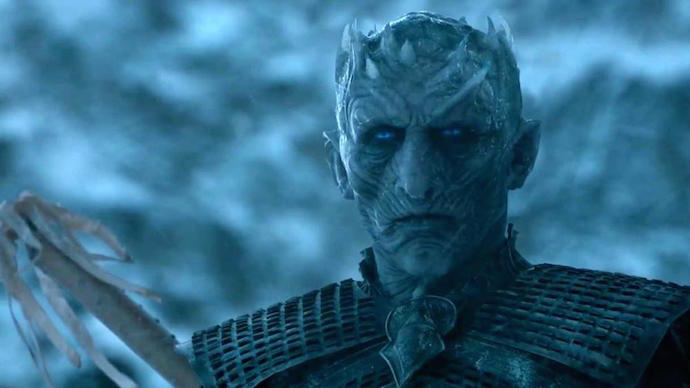 Sure, you could technically argue that the Night King doesn’t have any hair at all, but just look at those frosted tips! This fucking guy is over 8,000 years old and his hair is still trying to grow through his cold, frozen scalp. He may have some seriously sinister plots to end an entire realm of humanity, but let’s at least take a moment to show some respect for this man’s beautiful blue head. 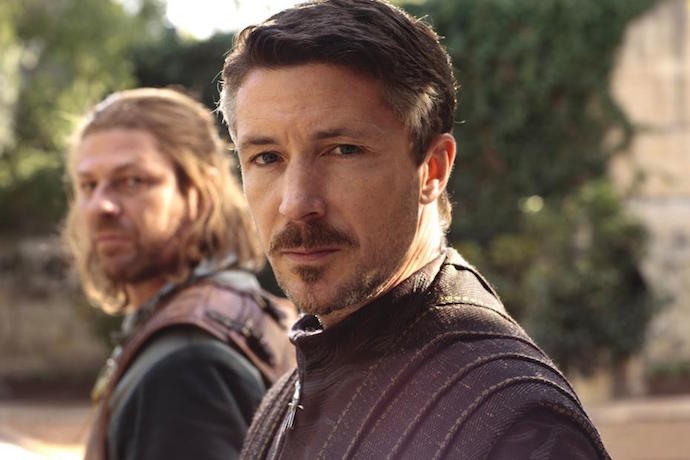 At first glance, it’s pretty easy to dismiss Lord Baelish’s gentleman’s cut as rather ordinary. But big ups to my guy Littlefinger for being centuries ahead of his time here. We’re dealing with a world in which people communicate via raven, and yet here he is rocking a GQ cover-worthy 'do with a little added salt-and-pepper and a perfectly landscaped goatee to match. Ethan Hawke would be proud.

(As an aside, just look at our man Ned Stark back there staring at that haircut in pure envy. So honorable. So jealous. So still-dead.) 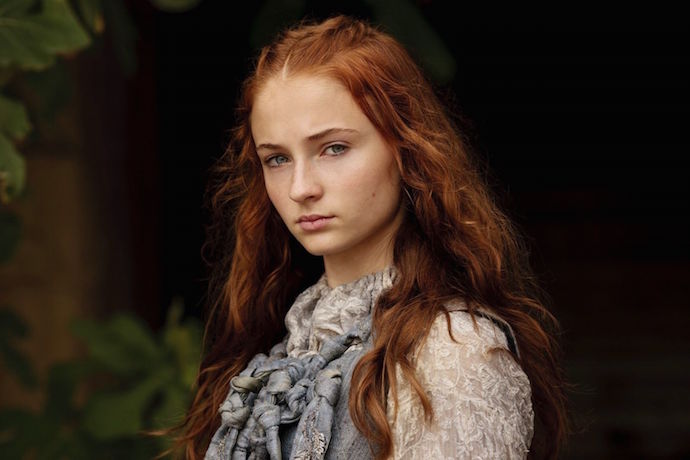 One of the unique things about Game of Thrones is the sturdy number of red-haired women who play key roles in the series. Sansa, Ygritte, Cat Stark and Melisandre alone are a devastatingly beautiful core four of redheads. But Sansa gets the nod here for diversity, and on the count of two of those characters being super dead. Sansa also pulls out some serious heat in season five when she goes jet black. Which is just the sort of thing that will earn you some extra points in a goofy, subjective ranking of fictional haircuts. 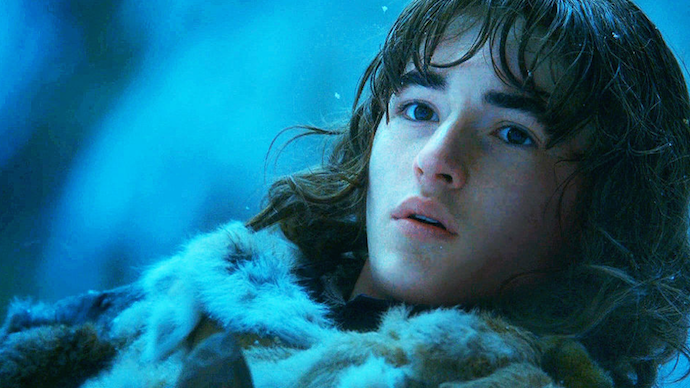 Boy, do those Stark genes run strong. Bran also joins us with a diverse array of hair styles throughout the series, none more glorious than his long, wandering locks of warmth. He’s an easy top ten, but here’s a question that has always been on my mind: where did he get such a dashing haircut in between seasons four and six? Did he warg on into a barbershop for a quick trim before his last jaunt up to the three-eyed raven? I’m betting this is one of the questions that gets answered in the upcoming season. 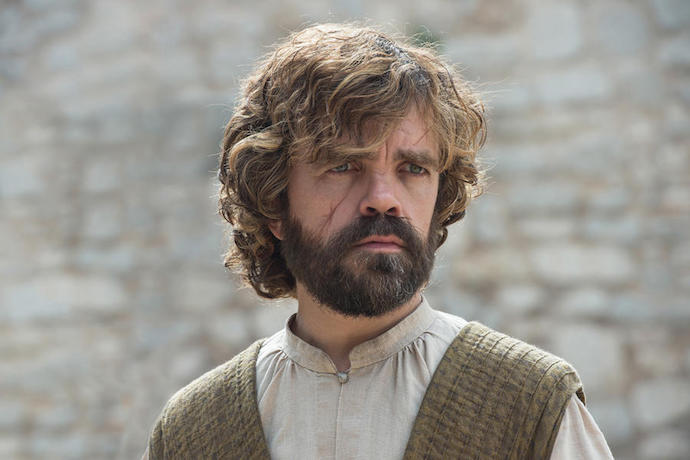 Tyrion’s golden locks are complimented perfectly by a top-notch beard in the later seasons. There's a captivating moment in season three when his father, Tywin, explains how he decided to keep the infant dwarf shortly after his mother passed giving birth to him: “Because you were a Lannister.” I think that was just a fancy way of saying, “Because your hair was blonde and curly and perfect just like the rest of our entire damn family.” 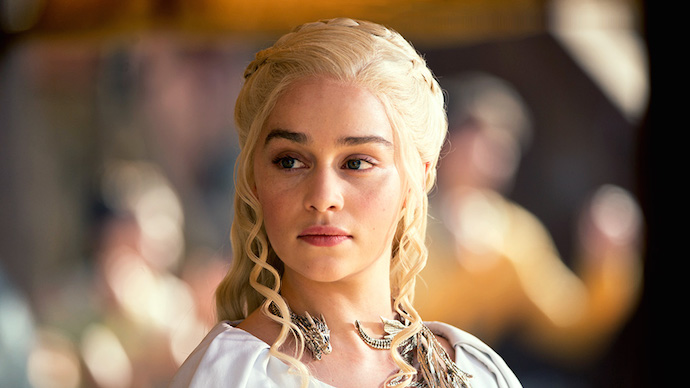 The Mother of Dragons maintains a consistently gorgeous mane throughout the entire show. Some may call that boring; I’m going to call it, “sticking to your guns.” Plus, extra points for raising three ferocious, fire-breathing dragons and not getting her hair burnt once. Burnt hair is just the worst. 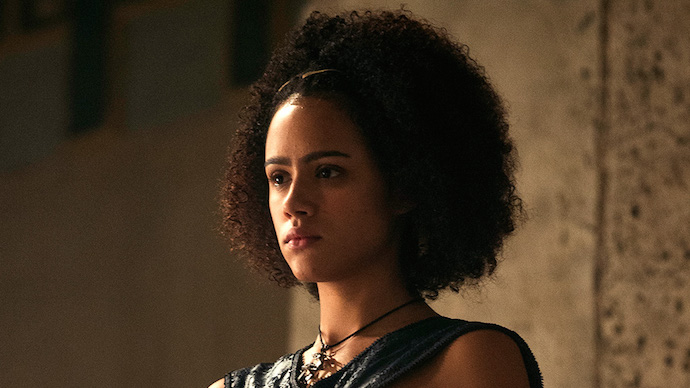 One of the most highly crushable characters on Thrones also happens to carry impossibly timeless, beautiful hair—topping even that of her Queen and beloved companion, Khaleesi. With so many phenomenally coiffured characters on this show, it’s no wonder Grey Worm gets his invisible rocks off for such an effortlessly enchanting mane. 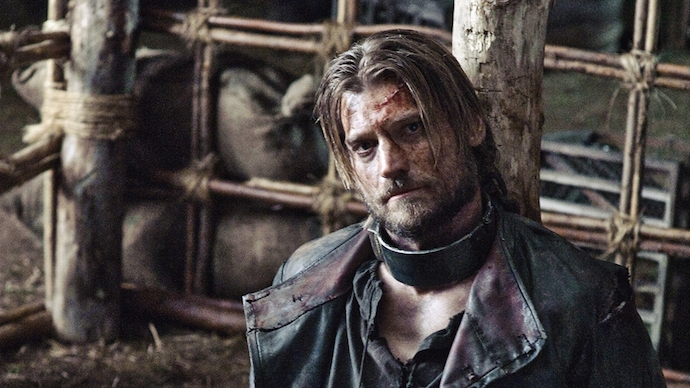 Seven hells, just look at him up there. Neck chained, hands tied (back when he had a couple, amarite?). His entire body scuffed and beaten as a highly prized prisoner of war. His feathered bangs draped perfectly over a freshly wounded scar. The King Slayer’s lettuce comes in at number three for remaining handsome throughout an entire plotline’s worth of haircuts and mishaps. It doesn’t matter if he’s clean-shaven or scruffed, long-locked or close-cut—Nikolaj Coster-Waldau’s head steals every scene he’s in. 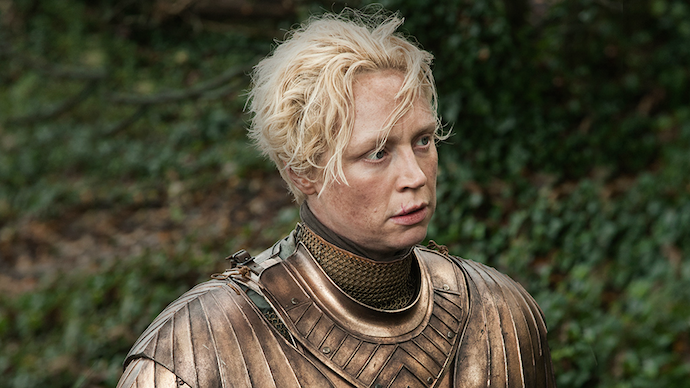 As soon as my editor drew a sword to my heart and demand I write about Game of Thrones hair, I knew Lady Brienne was making the top three. If this giant warrior woman could walk around Williamsburg for 24 hours, she wouldn’t have to pay for a single beer or cigarette all day. She comes in at number two, falling only to the inevitable… 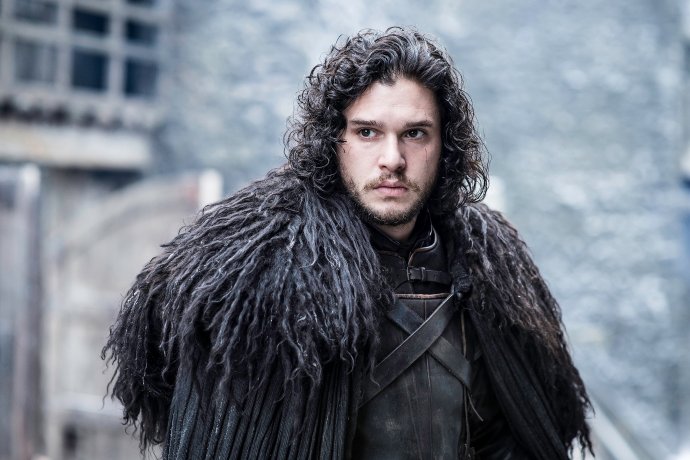 Oh, how I have prayed to the Widow-Peaked Gods for hair like that bastard Jon Snow’s, only to be consistently greeted by the cold Lords of Recession. As a disclaimer, I tried so hard not to put the show’s most prominent, beloved character in the top spot for the sole purpose of avoiding cliché, but I failed. Just like that White Walker. Just like Alliser Thorne and Olly.

Jon’s thick mane of curls shines just as bright in a man-bun as it does in a dust of speckled snowflakes. And he accessorizes it with a gorgeous scruff just long enough to call a beard. Over and over again we witness the recurrent theme of, “You know nothing, Jon Snow.” Just once, I’d like to hear him respond, “Well then how did I get this perfect fucking head of hair.”