And Frozen Champagne-Covered Oysters at the Kennison 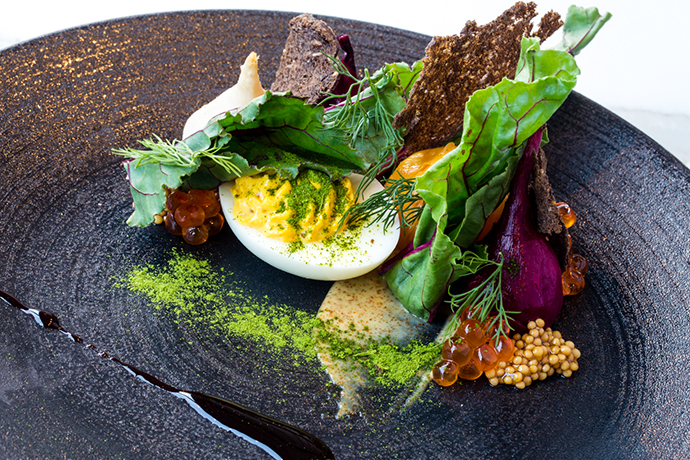 13 Photos The Kennison
Perennial Virant. You knew it. You loved it. You frequented it after trips to Green City Market.

But don’t worry, the Boka guys, with help from the recently formed 90/94 Restaurant Group, stripped it down to its bones and replaced it with the Kennison, a handsome new seasonal bistro that’s open now and looks like this.

You’ll find it on the first floor of Hotel Lincoln. You’ll also find it takes cues from its location with vintage mailboxes behind the host stand and a wall decorated with blue-tasseled room keys. A long marble bar separates the light-filled lounge area from the more intimate dining room and its cozy booths and adjacent raw bar.

About that raw bar. They’ll try to convince you that it’s helmed by a “Rawtender.” You’ll play along with the suggestion because it means, among other things, oysters covered in frozen champagne mignonette. The veggie blue crab beignets and togorashi-spiced green beans are prepared by a regular chef, though. Fair. Still very fair.

And over on the other end of the bar, drinks such as the Buffalo Soldier with bourbon and coffee reign supreme.

Don’t ask the Rawtender to make that.