The Basic Cable Movies You’ll Watch No Matter What

Paramount Pictures (Titanic) Universal Pictures (Happy Gilmore) 20th Century Fox (Taken) Warner Bros. (Oceans 11) 20th Century Fox (Man On Fire)
With the NBA draft in the rearview, the sports TV landscape reaches draught season, where all there is to quench us are the bitter dewdrops of mid-season baseball, tennis, and golf. In the tropics of the streaming world, it’s the rainy season, and so, mostly, we’ll migrate there.

But there remains a time-honored tradition among the ever-evolving ways we consume mass entertainment. We’re talking about the simple, almost-holy act of plopping down on the couch and getting sucked into a classic basic-cable flick. The anti-binge.

See, the FXs and TBSs of the world still know exactly what they’re doing when they’ve caught you without an app or with a broken DVR, just sitting, powerless, in front of a TV like some reverse Encino Man (which, face it, you’ll watch if it’s on). The classic basic-cable flick might be 4/5 of the way through when you flip it on. Hell, you might have the DVD/Blu-Ray sitting 10 feet away in the closet. None of it matters. You’ll sit, you’ll watch, and you’ll like it.

Not every movie possesses this kind of draw though. Are We There Yet?, for instance, will find no quarter here, because we’re building a TV Guide Hall of Fame, a place in all of our hearts, and a living document we’ll be adding to as necessary.

Ladies and gentleman, introducing the inaugural class of the TV Guide Hall of Fame… 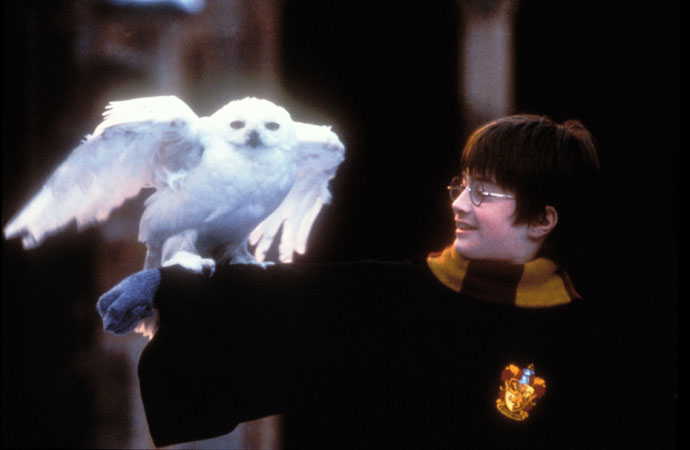 Harry, Ron, Hermione and the gang provide us a perfect launch pad for this exercise. Whichever part of the franchise you land on, you’re going to enjoy the hell out of it. Are you bored? Maybe. Are you hungover? Probably. Will you gladly lie idly and take a healthy dose of your HP meds on a beautiful Saturday afternoon? Every time. A decent roommate or friend could surely come along and pluck you off the couch, but who would do such a thing? You’re not bothering anyone. You’re a simple wizard. 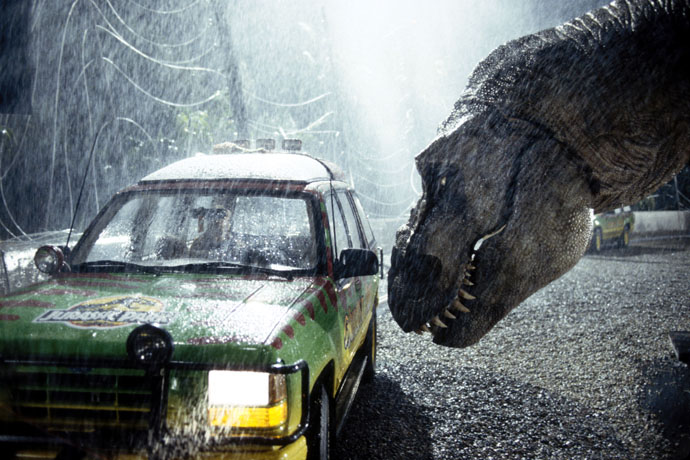 Here is an interesting fact I had no idea of until researching for this piece: Every single movie in the Jurassic Park franchise is a distinctly perfect movie. Can you believe that? Here are some other, more personal Jurassic Park facts:

—A lot of people discount Jurassic Park III as “terrible” and “not good.” To those people, I point out that, at one point, Dr. Alan Grant stands down a family of velociraptors by whistling through a pan flute made of dinosaur bones. Point: me.

—I once got sucked into Jurassic World (the franchise’s fourth installment) three times in one weekend. My roommate came home during round three. Just when I was feeling compelled to explain myself, he sat down and joined. It was just round two for him on the weekend.

—I’ve had a recurring dream of dinosaurs chasing me in a getaway car since before I can remember. It’s my most-often recurring dream, and it’s not even close. Thanks, AMC 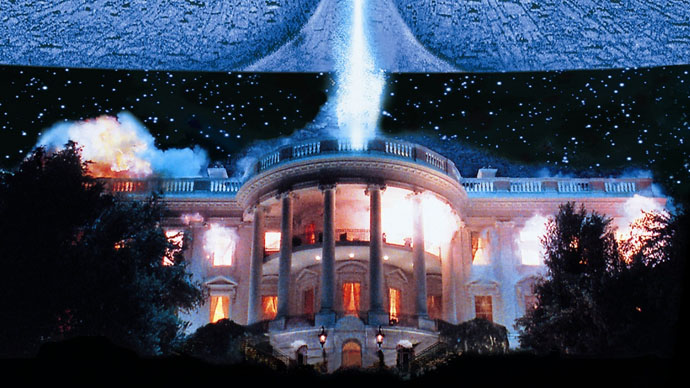 “Welcome to the couch.”

I’ll just come on out and say that this is the only movie on the list that I would hypothetically seek out in a TV Guide. I will never forget the moment John Creasy first introduced me to the suppository bomb:


Can you even imagine putting a ticking time bomb in someone’s butt and then interrogating them so calm and collected? Classic Denzel. It’s a high-success-rate negotiating tactic that's just as effective for practical occasions such as pay raises and company proposals. 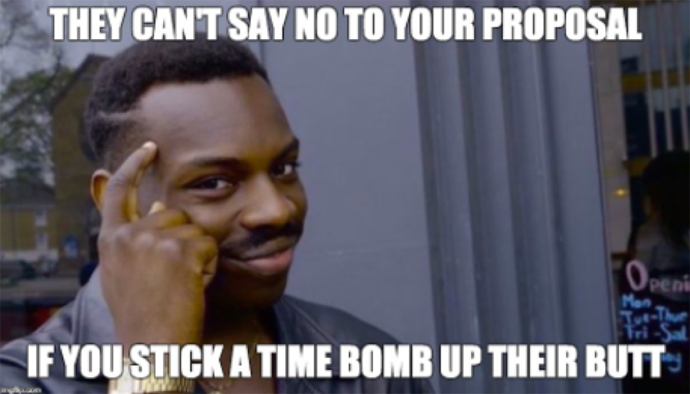 Titanic is a movie that could have measured much higher on the magnetism scale had the ending been a little more practical and pleasing. And I’m not even necessarily talking about the ship sinking. It’s just so sad and dumb when cold little Jack floats to the bottom of the sea, you know? Just fucking let him live, he’s Leonardo DiCaprio. THERE WAS ROOM FOR HIM ON THAT DOOR! That’s why this is just a bit less magnetic if you catch it after the iceberg strike. But should you enter at, say, the dinner scene, you’re entire Sunday just took on a little captain to go down with it. 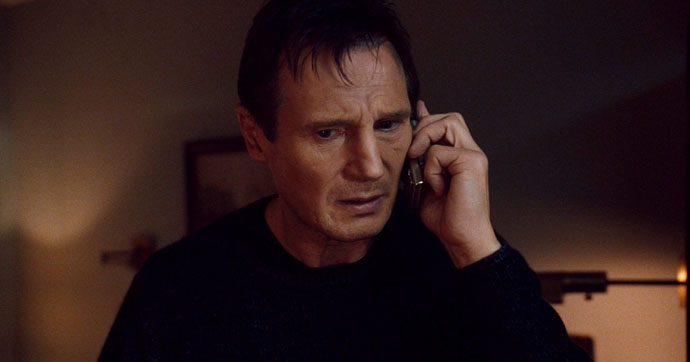 “I don’t know who you are. I don’t know what you want. If you are looking for an episode of Seinfeld I can tell you I don’t have any, but what I do have are a very particular set of skills. Skills I have acquired over a very long career. Skills that make me a nightmare for people like you. If you change the channel now, that’ll be the end of it. I will not look for you, I will not pursue you. But if you don’t, I will find you, I will keep you, and I will kill you.” 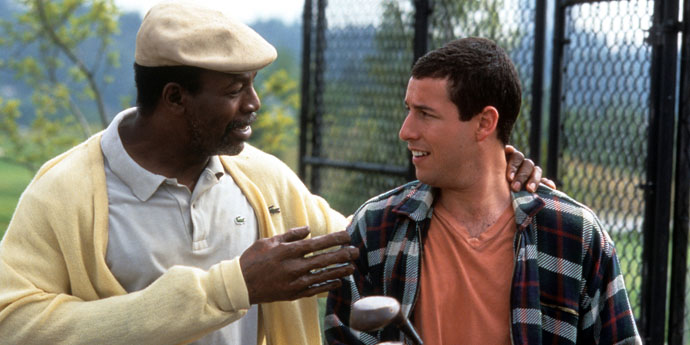 Comedies typically get knocked down a few pegs here because of the censorship. We’ll ride out an hour’s worth of awful ads, but there’s only so many times we can listen to someone shout “Bull Snot!” in one movie. That said, Happy Gilmore is such an irresistible watch based on Happy and Shooter and Mr. Larson and Chubbs and the Zamboni Driver and Grandma and the Caddy and the Lady Who Tumbles Out of the Window and Over the Roof and Bob Barker, it’s forgiven. It’s Sandler’s most perfect movie. Not even Paul Thomas Anderson topped it. I would break a lot of minor plans for a lot of basic cable comedies. For this one, I’ll break anything.

I have a perpetual group text going with some of my college friends that mostly consists of NBA chatter, goofy internet videos, and bar stories. But every so often I like to slip in a particular question just to gauge everyone’s interest at any given point in our lives:

“Do you guys think we could ever pull off a heist?”

I really think about this from time to time. Not a Bellagio-level heist. Just a nice, local one. A heist that takes planning, but involves a getaway effortless enough that authorities simply concede defeat and folks around the neighborhood read about it in the paper and say, “ah, nice heist.”

Which is to say, I have watched and will watch this movie every time it's on television.