What Exactly Is the First Lady Trying to Tell Us? 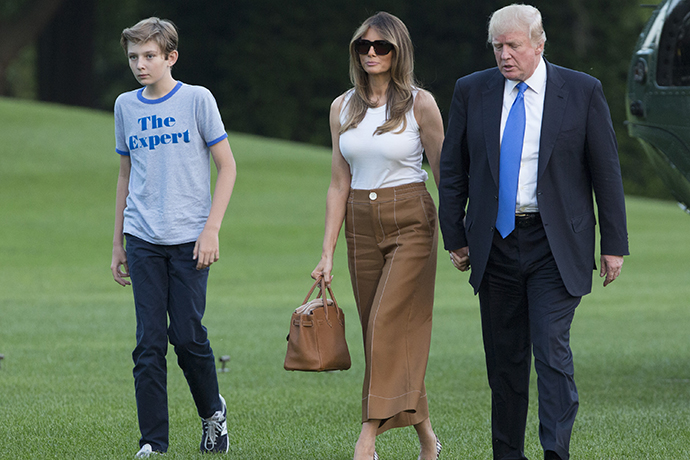 Melania Trump once again proves her solidarity with the majority of the American people by acting wildly unenthused about being in such close proximity to her husband, Donald Trump.

On Monday, the FLOTUS and the Trumps’ youngest son, Barron, officially moved into the White House. Prior to this, the official line was that they were staying in New York so Barron could finish out the academic year at school. The unofficial line was that Melania wouldn’t be caught dead in a house that was not covered entirely in gold.

As you can tell, there’s some clear dissonance between the tone of the photograph and the sentiment in the tweet. Judging by her words, Melania couldn’t be happier to move in with her husband and son; judging by her photo composition, she seems convinced the White House is haunted by the same type of ghosts that pursued Nicole Kidman in the 2001 suspense-horror flick, The Others. 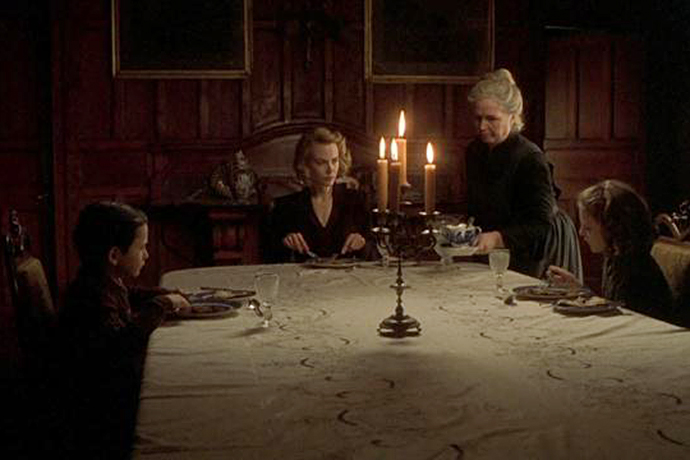 Was Melania attempting to deliver a coded message to the American public through this tweet? If so, what exactly was she trying to say?

Let's take an extremely close look at the photo to figure this thing out.

The Candles
It appears as if the candles are meant to connote some sort of vigil. But a vigil to what? Melania’s happiness? The health and well-being of her family? Washington at large, as witnessed through the window?

An alternate explanation: Melania could not find the light switch.

The Chair
A single chair sits facing the camera, in front of which appears to be a bouquet of flowers. From this, one can draw three conclusions: 1) The chair is for Donald; 2) the emptiness of the chair against the backdrop of the Washington monument signifies the “emptiness” of the current administration; 3) The Trump family eats dinner at 5’o clock like retirees in Florida.

The Cup with a Napkin
I’d venture a guess that this is the official Presidential French Fry Holder. Melania, if you’re reading this: continue to stare blankly out into the distance if this is true.

The Window and the Black Balcony Guard
The prospective of the photograph—looking through the window at the sprawling beautiful blue sky from within a claustrophobic, dimly-lit room—seems to be that of a tragic, Rapunzel-like prisoner. Wherever is Melania’s prince?