The Bachelorette Class of 2017 Superlatives

A Compendium of Our Preseason Awards and Predictions 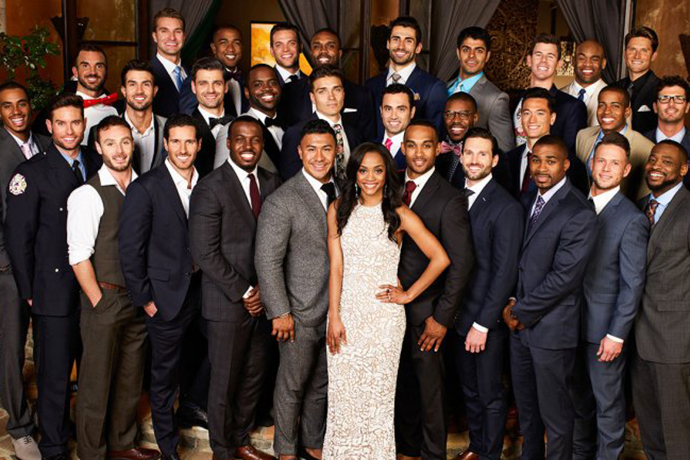 Tonight, Rachel Lindsay—whip-smart lawyer, adorable goof, third-place finisher on last season of The Bachelor—will begin her journey to find love on The Bachelorette.

And to make sure you are, too, they’ve sifted through the bios of her 31 (!) potential suitors and created this: The Bachelorette Class of 2017 Superlatives. 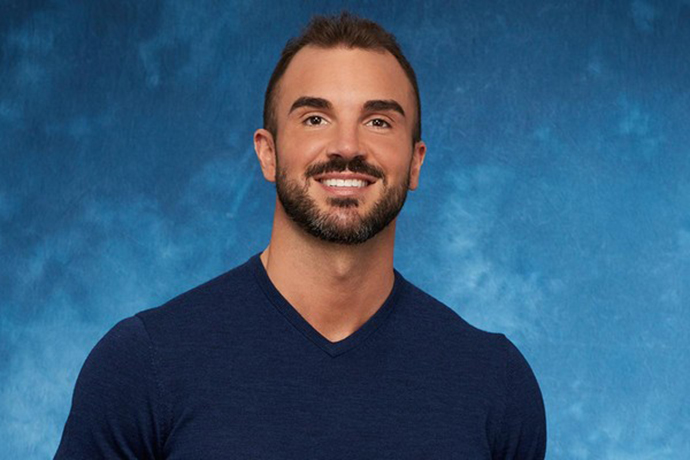 Most Likely to Get Too Drunk On the First Night And Jump Into the Pool: Matt
Matt shows up in a penguin suit. This one feels obvious.
—NB 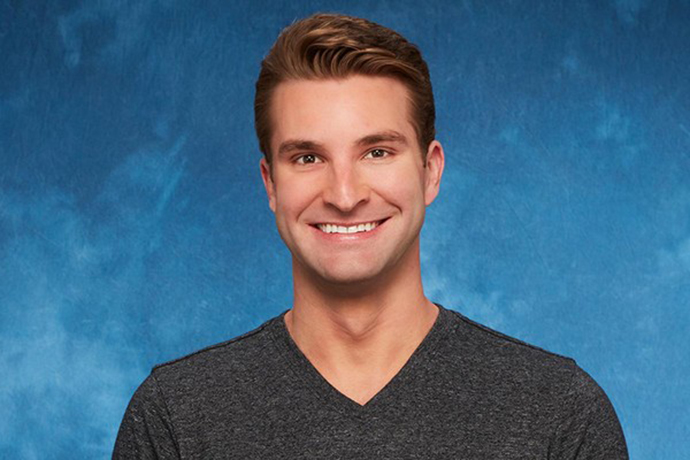 Most Likely to Be Unemployed: Jonathan
Jonathan lists his occupation as “tickle monster.” A tickle monster? In this economy? Yeah fucking right, Jonathan.
—SE


Most Likely to Form a Bromance: Bryce, 30, Firefighter and Lee, 30, Singer/Songwriter
They both have expressed a deep affection and admiration for Matthew McConaughey. Alright, alright, alright enough already guys. This seems a more likely unifier than the other pairings of guys who shared either Elon Musk or The Rock as their common denominator.
—NB 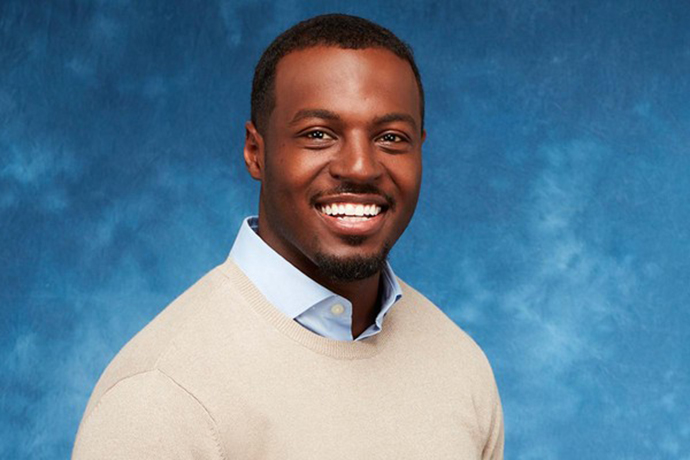 Most Likely to Fret in His Interviews About “Not Having Kissed Rachel Yet” and Subsequently End Up Stuck in the Friend Zone: Fred
Meet Fred. Fred is an executive assistant who likes Jean-Michel Basquiat and Ellen DeGeneres. He is a self-proclaimed unselfish lover. His biggest date fear is having his card declined. He’s also wearing what he’s wearing and looks how he looks. Also, in case you forgot, his name is Fred.
—SE


Most Likely to Get Along Better With the Rest of the Dudes Than He Will With Rachel. Aka “The Vinny”: Fred
He’s the only guy who showed up in a button-up and sweater, wants to be Ellen Degeneres for a day and constantly gets boners at work in plain sight so he has to run “back to my desk to avoid being noticed.” Not to mention his perfect date involved “my sisters and my mom” and seafood. Seems like a real glue guy.
—NB 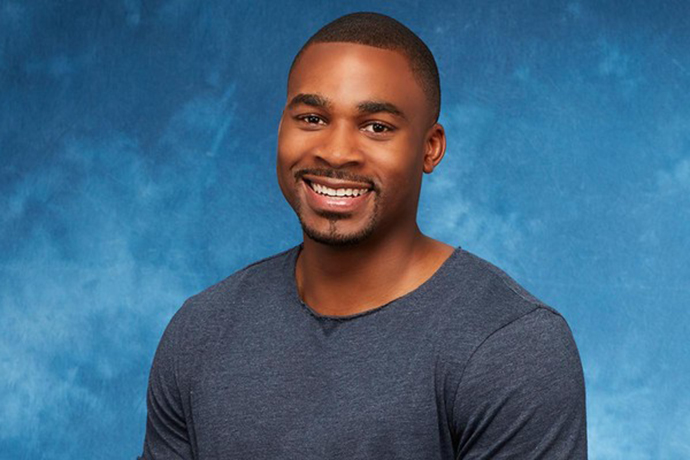 
Most Confusingly Similar Names That Aren’t Blake K. and Blake E.: Iggy and Diggy
Say that out loud. Did you just say Iggy and Iggy? Just as confusing the other way around.
—NB 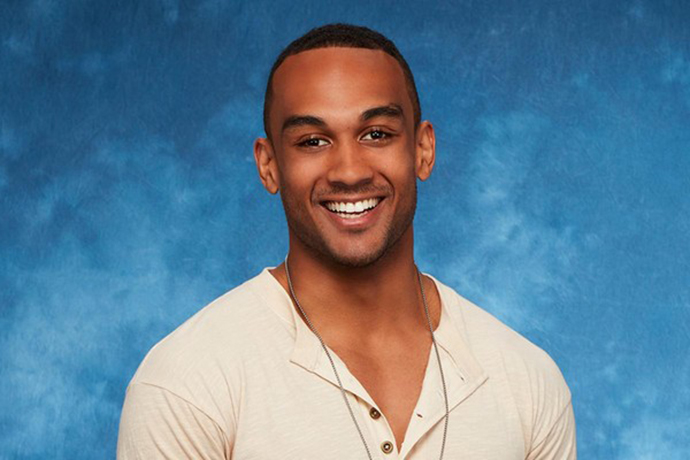 Least Likely To Button Any of His Henley Buttons: Kyle
Kyle should have this in the bag with his wonton display of egregious disregard for the use of operable buttonholes. But then there’s Milton, who upon further evaluation, is wearing a three-button faux-henley THAT DOES NOT EVEN HAVE OPERABLE BUTTONHOLES. There are buttons, but no holes. And the illusion of an undershirt sewn in. Pair that with his blatanly-not-here-for-the-right-reasons answer to why he’s here: “Real answer? Discovered. Everyone tells me I’m made for TV/movies. Doesn’t mean I’m out here hoping for that, but I would like to break into writing or acting.” Everyone keep a close fucking eye on Milton. YOU’VE BEEN WARNED.
—NB 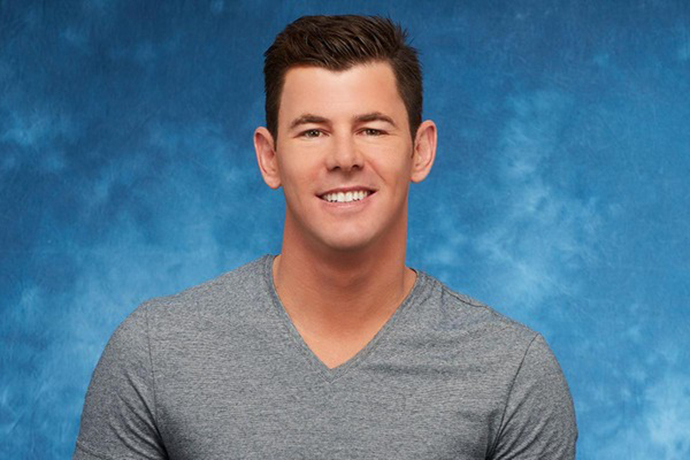 Most Likely to Be a Producer-Created Cyborg Designed for the Express Purpose of Making a Racially Insensitive Joke the Show Uniformly Lambasts in Order to Assuage Their Liberal Guilt For Not Having a Black Bachelor/ette Until 2017: Lucas
Consider the following evidence:
1) When asked what his ideal mate looks like, Lucas responds: “Belle (Beauty and the Beast), Cinderella, Little Mermaid... and the best, Jessica Rabbit!” Not one of those women is an actual woman; all of them are, instead, Disney cartoons. Suspicious. It’s exactly the sort of response a robot—created by ABC, whose parent company is Disney, with a robot’s artificial standards of female beauty—would give.
2) His job is “Whaboom.” “Whaboom” is not a human job. A typical cyborg occupation, on the other hand? Yup. Totally plausible.
3) There are 31 bachelors. Why 31? It’s such a random number. The only possible reason is that they added a cyborg at the last minute.
4) From his bio: “If you could have lunch with one person, who would it be and why? Dead: Bruce Jenner, Alive: Caitlyn Jenner... Would be a very interesting convo.” Spoken like a true white cis-male who will most certainly not be checking his privilege at the door of the Bachelor mansion.
—SE 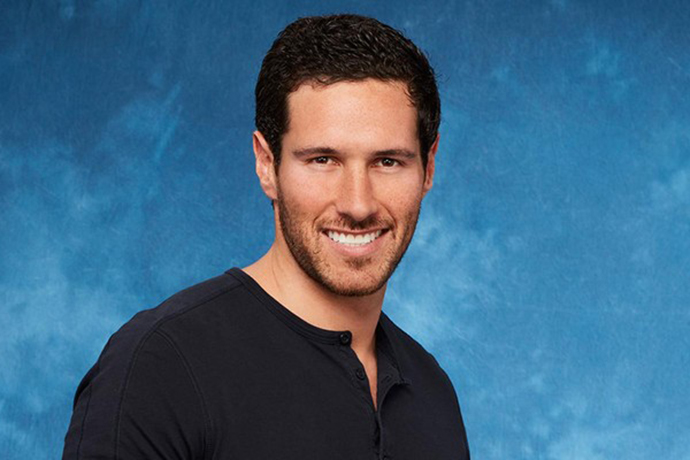 Most Likely to Be a Fucking LEGEND: Jack Stone
Jack Stone very well could be the real-life equivalent of Mission Impossible’s Ethan Hunt. Either that, or Jack Stone is a wannabe porn star. Either way, Jack Stone is a bona fide legend, because Jack Stone is the first bachelor in the show’s history to ever go by his first and last name Which makes sense: if your name is Jack Stone, you do not go by “Jack” or “Jack S.” I could easily envision a scenario wherein Jack Stone gets out of the limo, introduces himself as Jack Stone to Rachel, looks deep in her eyes, sees her soul and she decides to send everyone home.
—SE 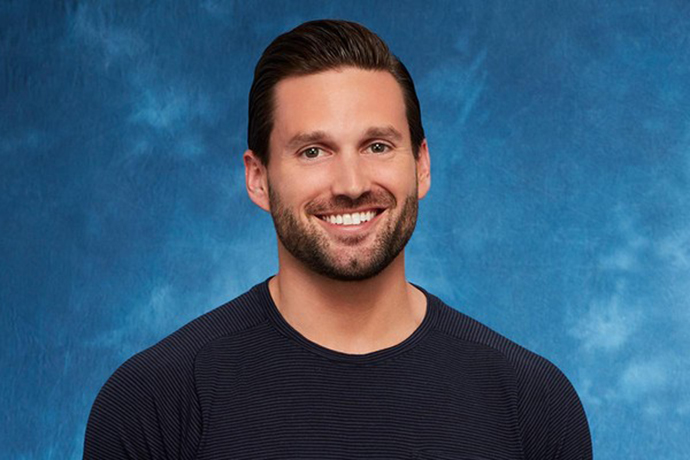 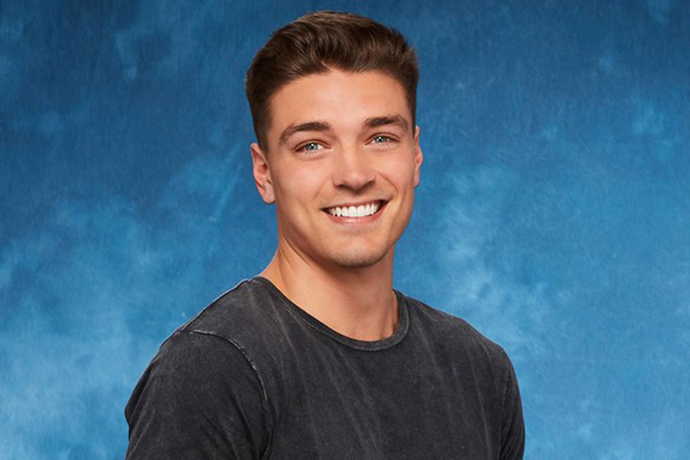 Most Likely to Make It to Hometowns Before Getting the Axe Due to His Stance on Marriage: Dean
Dean is, by all accounts, a great catch. Good looking. Actually employed. Likes to laugh. Enjoys Hot Cheetos. But then there’s this: “What does being married mean to you: I think marriage is an institutionalized sham derived from religious beliefs.” According to my sources (the Internet), Rachel is a devout Christian who attends a Baptist mega-church in Dallas. Something tells me this will not end with Dean in the fantasy suite.
—SE 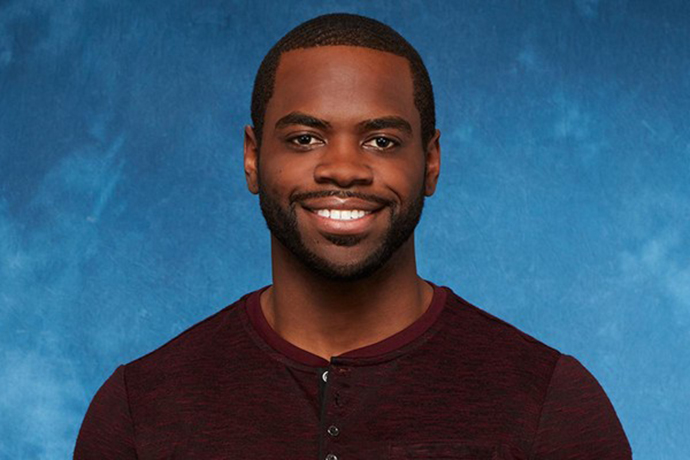 Most Likely to Make It to the Final Two and Lose: Josiah
Josiah is a prosecuting attorney who seems totally normal and to genuinely care about helping people. On paper, he’s perfect. But I think he’s too perfect. I can see him going far; I can’t see him winning.
—SE 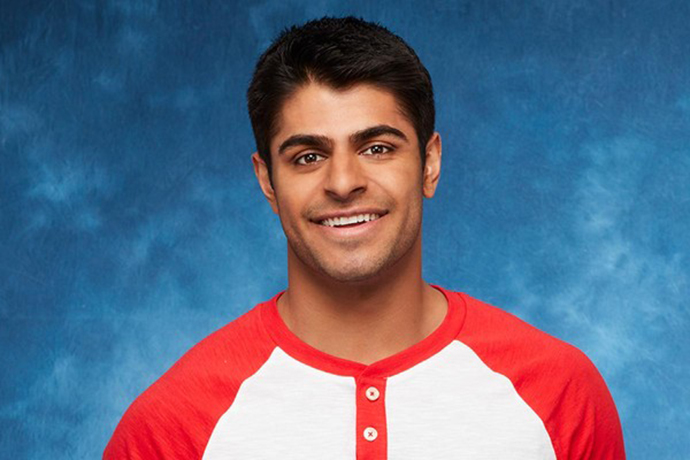 Biggest Dark Horse: Mohit
Mohit’s wearing a cool henley. He likes to dance. Being married means “being with [his] best friend and someone [he] can grow with.” When asked what gluten is—which, random question from ABC—he says “I’m going to dress up as that for Halloween”; when asked how long it takes for him to get ready to go out for a big night on the town, he says “an episode of Seinfeld.” Normal. Funny. Ostensibly here for the Right Reasons. I’m on Team Mohit.
—SE 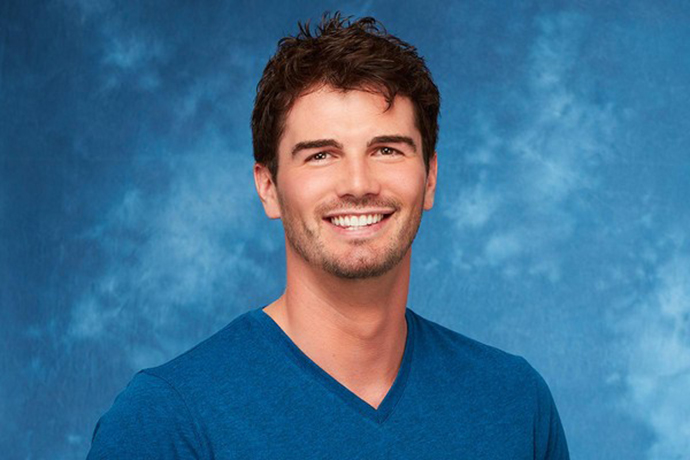 Most Likely to Use the Fact That He’s a Law Student as a Way of Setting Up a Sexy Teacher/Student Dynamic: Rob. 30. Law Student.
—SE 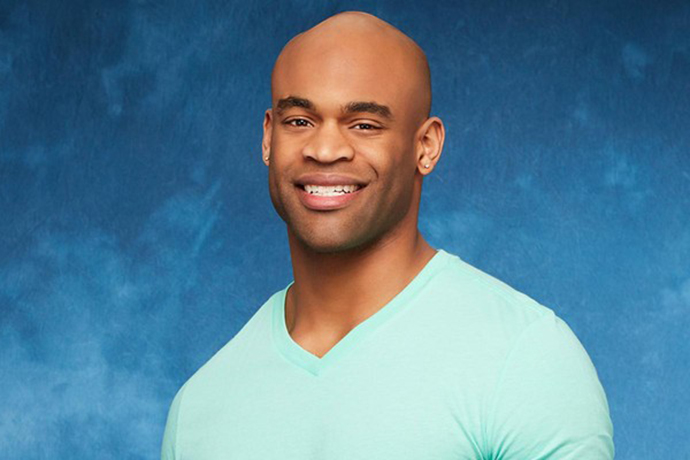 Most Likely to Enter Full-Heartedly Into a Freaky Friday Scenario: Anthony, 26, Education Software Manager
Anthony had the following response to the following question: “If you could be someone else for just one day, who would it be and why? My mom. I wish I could see the world as she does to understand her better.”
—NB


Least Likely to Realize That Means He Should’ve Put Freaky Friday in His Top Three Movies: Anthony, 26, Education Software Manager
Anthony had the following response to the following question: “What are your top three favorite movies? The Iron Giant, Moonlight, The Matrix.”
—NB