Battle of the Sexes vs. Borg/McEnroe 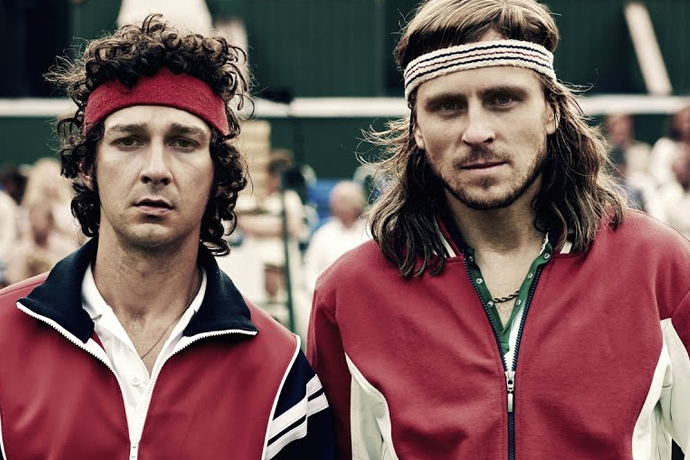 The French Open begins today, which is a major tennis tournament I should probably give a shit about.

But frankly, I couldn’t care less [ED. NOTE: Come on dude, they play on clay.]. And that’s because I’ve been far more concerned with two forthcoming installments in the very particular “tennis biopic” canon: Battle of the Sexes and Borg/McEnroe.

Both will be released this fall.

Both came out with trailers this week.

Both make a huge deal of a sport that is—let’s be real—ping-pong with running.

And since it’s unimaginable to think you’d see two tennis match biopics in theaters in one season, we’re helping you decide which one to check out, based entirely on the trailers.

The Historic Tennis Match: The 1980 Wimbledon final between the loudmouthed American, John McEnroe, and the cool, calm and collected Swede, Björn Borg. This is widely considered one of the greatest tennis matches ever played. I totally knew that.

The Cast: Sverrir Gudnason as Björn Borg, Shia LaBeouf as John McEnroe and Stellan “that old Swedish actor you recognize from everything” Skarsgård as Borg’s coach.

Notable Screenshots from the Trailer:

This looks like the beginning of a movie entitled Batman: Swedish Tennis Player.

This is an emotional shower scene that is pretty emblematic of what has to be the most somber and overdramatic trailer for a movie about tennis (or anything about tennis, for that matter) the world has ever seen.

I honestly have no idea what this is or why it’s in the trailer. It seems like something Shia LaBeouf would be into, though.

Lingering Questions from the Trailer:

-What will John McEnroe—who once had a sizeable cameo in an Adam Sandler movie—think about a Swedish arthouse film based on his most memorable match?

-Given the level of emotional complexity at play here, must we start considering tennis movies the new boxing movies? Is that an insult to Creed?

-Why are we getting so worked up over tennis? Like, isn’t it just tennis?

-Wait, is this entire fucking movie in Swedish?

Oscar Chances, Based on the Trailer: LaBeouf is going to snag an Oscar sooner or later—he’s got the talent. Maybe this’ll be the one. And when was the last time a sports movie was nominated for Best Foreign Language Film? (I honestly do not know the answer to this question.)

The Major Takeaway: In sum, it looks like Lars Von Trier’s overall aesthetic and Paolo Sorrentino’s The Great Beauty had a baby, that baby was Swedish, and he really likes tennis. I’m kind of into it.

Battle of the Sexes

The Historic Tennis Match: The one infamous gambler and Dickensian-named Bobby Riggs challenged feminist superstar Billie Jean King to in 1973, as a way of drawing attention to tennis (and making money). Spoiler: King won, and despite Riggs’s blatant chauvinism, they remained friends up to his death in 1995.

The Cast: Steve Carell, as Bobby Riggs, and Emma Stone as Billie Jean King, which is weird to think about if you’ve just come off of your billionth half-viewing of Crazy, Stupid, Love on TBS. Also, Elisabeth Shue is involved. Yay?

Notable Screenshots from the Trailer: 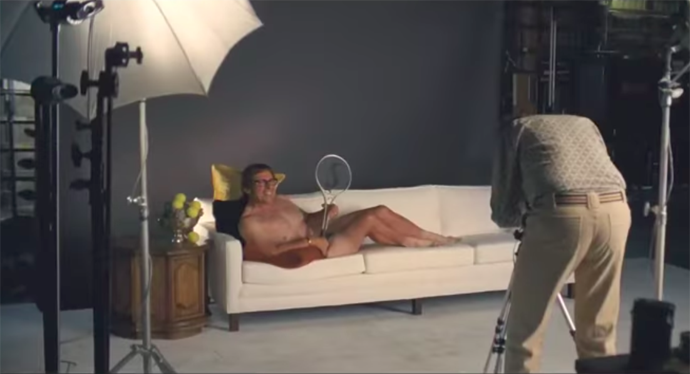 This is notable because Steve Carell is naked and holding a tennis racket over his genitalia. 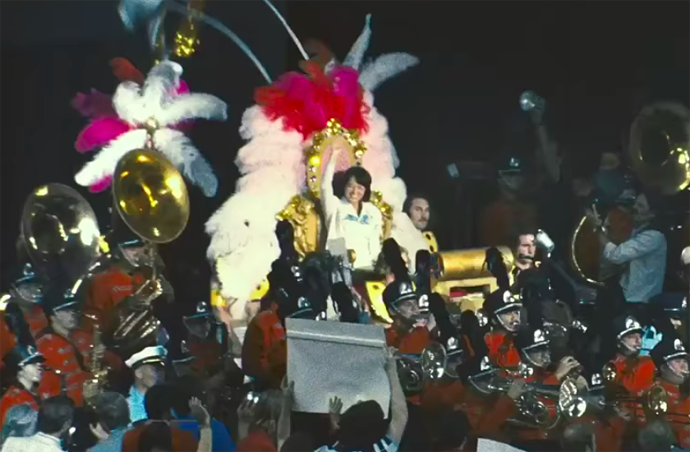 This is notable because Emma Stone, as Billie Jean King, is being carried into the tennis stadium on a throne, and that’s a visual pun.

Lingering Questions from the Trailer:

-Is Steve Carell actually a good capital F Film actor? Or do we just like to think he’s a good film actor because he’s a great comic actor, and we generally like him as a person/persona? Are his accents ever any good? Was giving him an Academy Award nomination the worst or best thing we could’ve done for his career? Think about these for a moment and get back to me, please.

-Did Billie Jean King really play tennis with those nerdy glasses? What if they fell off during a match? Weren’t they distracting? Hadn’t they invented contacts by 1973? Anyway, props to real-life BJK.

-Is this going to be a moralizing sports movie or simply a good movie that just so happens to be about sports?

-Wait, is Billie Jean King a lesbian? [Conducts quick Google search, learns that, yes, Billie Jean King is, in fact, a lesbian, not to mention the first prominent professional female to come out and a badass champion for women’s/gay rights.] Oh.

-WHERE IS ELISABETH SHUE?

Oscar Chances, Based on the Trailer: Steve Carell will likely give the sort of unhinged comic portrayal of a complex public figure the Academy will eat up. Moreover, this is a 1) adult sports movie; and 2) adult sports movie with a strong progressive message.