We Sort of Had to Want to Do This 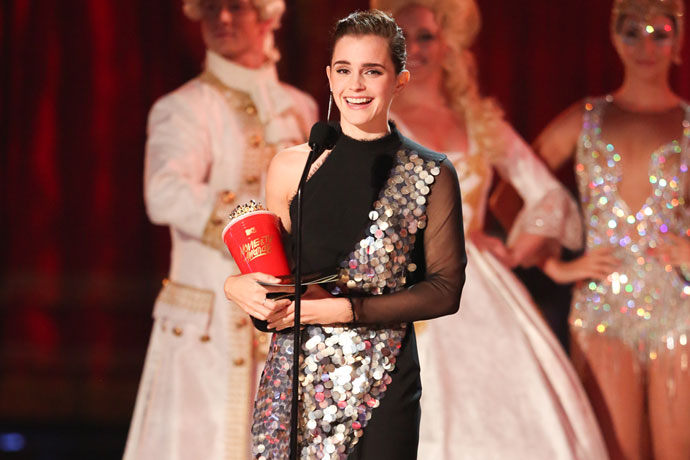 Overall, it was a pretty innocously good time.

Still, the culture-writ-large stipulates that, as a reactionary online editorial body, we must deliver some piping hot takes—on the winners, the losers and what the show means for the future of progressivism.

So, well, here are those.

The Dumbo in the room is that Emma Watson wins this award on behalf of fucking Disney, who has, in the past century, done more to propagate damaging notions of femininity and traditional gender roles than Sean Hannity could in his entire lifetime.

Speaking of which, that Moonlight “Best Kiss” was actually the worst kiss.
There’s nothing sexy or superlative about the kiss between Chiron and Kevin. It was, in fact, a terribly awkward and tension-filled kiss. And that was the point. We understand the positive message it sends to viewers by awarding them “Best Kiss.” But in doing so, it overlooks the complexity of such an emotionally-charged moment. By coopting the kiss as a universal political statement, the award devalues the specificity of the art that made it so poignant in the first place.

There’s nothing more depressing than having to turn to MTV for sane political discourse.
This is the network that airs (or has aired) Are You the One?, My Super Sweet Sixteen, A Shot of Love with Tila Tequila—which, ok, that was great fun—and Next. Fucking Next. The notion that the people who brought us Jersey Shore are capable of giving out an award for fighting against the system is borderline hysterical. Let this be a wakeup call.

MTV Is totally commoditizing and trivializing progressivism.
See above comments re: Jersey Shore.

We shouldn’t be rewarding art or artists just because they make a positive political statement.
This is not that hot of a take. It’s actually a pretty well-trod take. And yet it bears repeating, because it’s more relevant now than ever. We’re all for more voices getting heard. But we shouldn’t start grading art on how well it fits in with our politics. Nobody wants to live through another Birth of a Nation-esque fiasco...

The editors at UrbanDaddy are probably making too much of this.
Hottest takes last.