A Humble Assertion From a Pretty Chill Dude 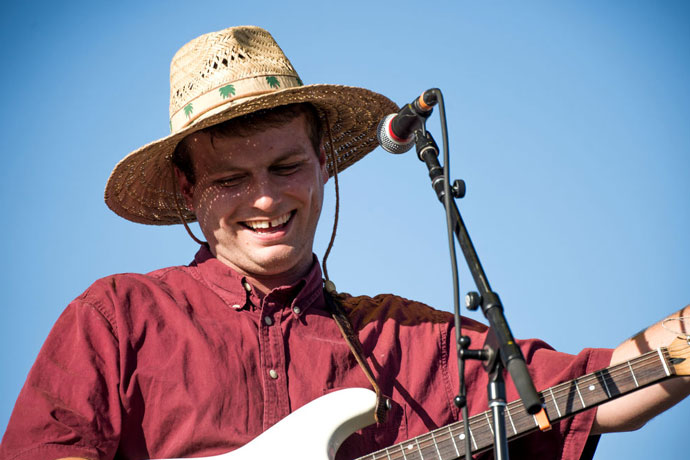 I’ve listened to the song, “My Old Man,” a single off Mac DeMarco’s new album, This Old Dog, which came out today, approximately 37 times in the past 48 hours.

It’s a breathtakingly simple tune, with a single repetitive acoustic riff and a few recursive lyrics, sung in a tone consistent with DeMarco’s blithe nonchalance. If I were writing for Pitchfork, I might classify it as an insidious lullaby about the universal post-adolescent fear that we are becoming our parents. But I’m not, so suffice it to say it’s a pretty chill song about growing up, one that taps into the little voice in the back of my head telling me that all those stupid Dad jokes I made during that last museum tour, or my kvetching about the waiters who sat me and my friends near the bathroom, reveal more about where I’m at right now than I’d like to admit.

This dichotomy—of laidback-ness and tenderness—is central to DeMarco’s appeal. The eponymous track from Salad Days mourns a loss of innocence in much the same way as “My Old Man.” “The Way You’d Love Her”, off Another One, is a happy-go-lucky ode to the gap between the fantasy of big, capital L Love and the reality of actual, lowercase l love. A number of his other tracks operate the same way—trojan horse-ing melancholic notions through insouciant electric guitar riffs and a singing voice that’s well-attuned to the removed insincerity of the prototypical millennial.

There’s been a concerted effort in the press lately to de-mask the so-called “Goofball Prince of Indie Rock”—a cool title that, I should note, the press also helped perpetuate, once upon a time. “Will the Real Mac Demarco Please Stand Up?” reads one headline; “Mac DeMarco and His Mom Talk Love and Fearlessness” proclaims another. Both attempt to propagate the narrative that, behind the flaky irreverence of someone who was looking to hire an assistant with dank meme skills and once created a sketch character called Dave Fuck, is an artist with deeply-felt musings on the human condition.

Those articles are not bad, and that narrative is not false, particularly with regards to the new album, which is revealingly spare and lyric-driven. My worry, though, is that if we continue to chip away at that goofy façade, we’ll spoil what lies beneath. This generation doesn’t need another musician who lays his intentions bare, both in style and substance, public and private; what this generation needs is a gap-toothed Canadian dude with a dope hat and a boyish grin to make our anxiety about growing up a totally chill and relatable feeling to feel.

So, yes, let’s celebrate the fact that Mac DeMarco is a true artist with something to say. But let’s make damn sure we keep cherishing his goofiness, too.