The Nine Most Adrenaline-Inducing Dates in Vegas

The moment you and your date decided to do Vegas, you made two things abundantly clear:

1) You were conceivably willing to make compromises on that Britney Spears concert.

2) It was not going to be like any other couples weekend. Or any other weekend ever, really.

And while we’ve opted to not get into that first thing, we’re here to help you make good on the second, by presenting you with nine of the city’s most adrenaline-inducing dates.

One of them includes eating with lions.

Another one of them involves taking the controls of a fighter jet.

All of them are detailed below, from least to most likely to set your heart aflutter... 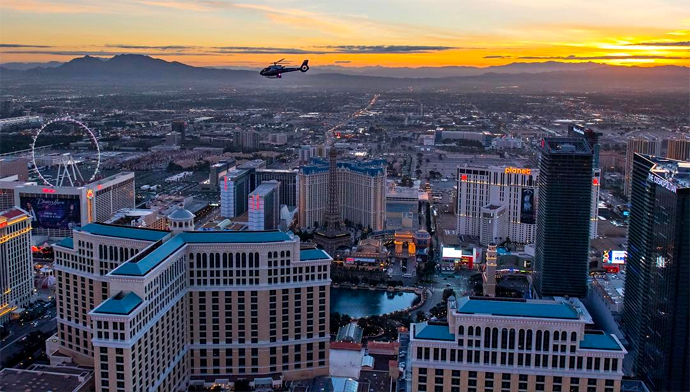 The Date: You and yours, limbs intertwined, flying in a helicopter high above the bright lights of the Strip. You may or may not have seen something like this on an episode of The Bachelor.
Arbitrary Adrenaline Rating, From 1 to 10: 2
Las Vegas Strip Helicopter Tours, $124 per person 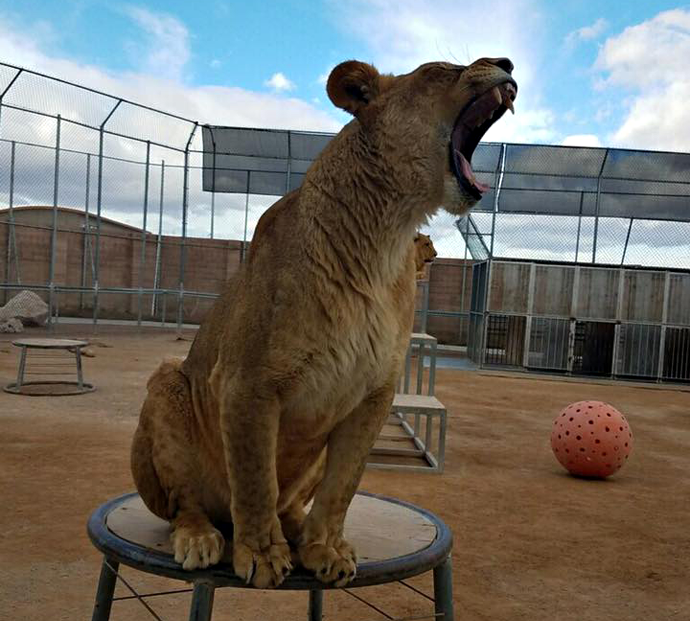 The Date: A possibly romantic dinner surrounded by large cats at the Lion Habitat Ranch. Of course, there are thick panes of glass between you and the animals. But can they ever be thick enough?
Arbitrary Adrenaline Rating, From 1 to 10: 3.5
Feast With the Beasts, $300 per hour (plus cost of food) 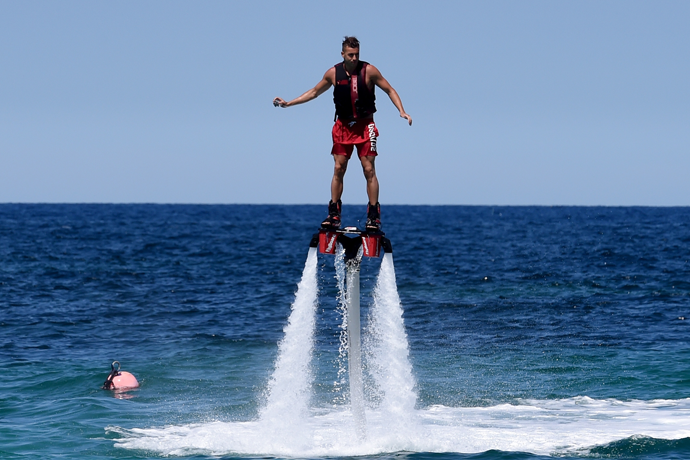 The Date: Riding around Lake Las Vegas on a Flyboard, which is basically a jetpack propelled by water pressure. Basically.
Arbitrary Adrenaline Rating, From 1 to 10: 4.3
Flyboard Las Vegas, $49 to $149 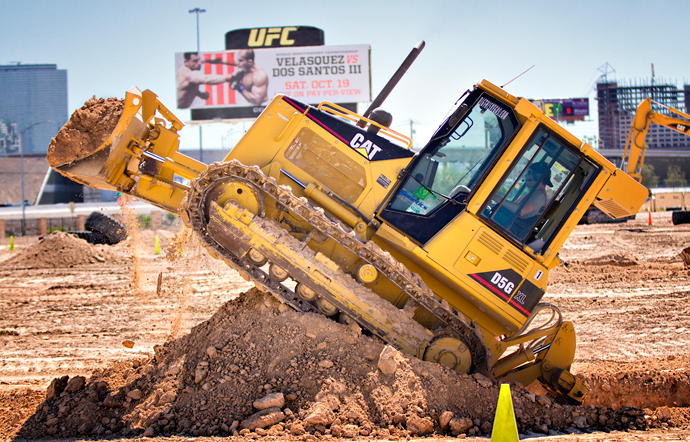 The Date: Operating heavy machinery—like bulldozers and excavators—through various exercises that have no material purpose beyond being really fun. One of them also incorporates semiautomatic weaponry. You know, for good measure.
Arbitrary Adrenaline Rating, From 1 to 10: 5.6
Dig This, $169 to $424 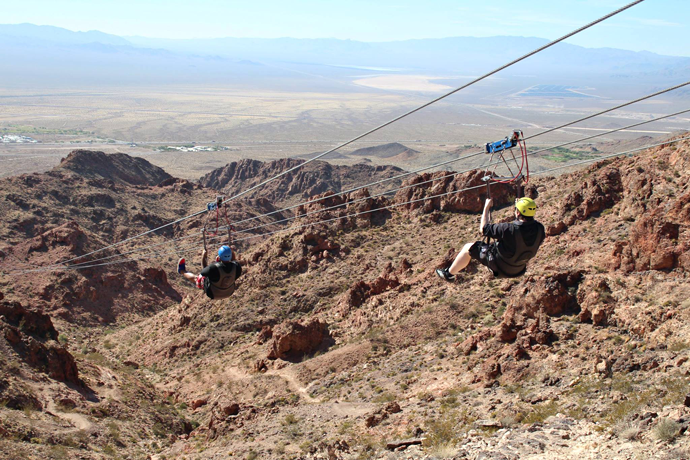 The Date: A guided ziplining tour from the top of Red Mountain, featuring a series of ziplines over the canyons. The first one has a 400-foot drop at a 17% grade that can get you up to speeds of 60 mph. So hold on to your hat. Better idea: don’t wear a hat.
Arbitrary Adrenaline Rating, From 1 to 10: 7
Flightlinez Bootleg Canyon, $135 to $179 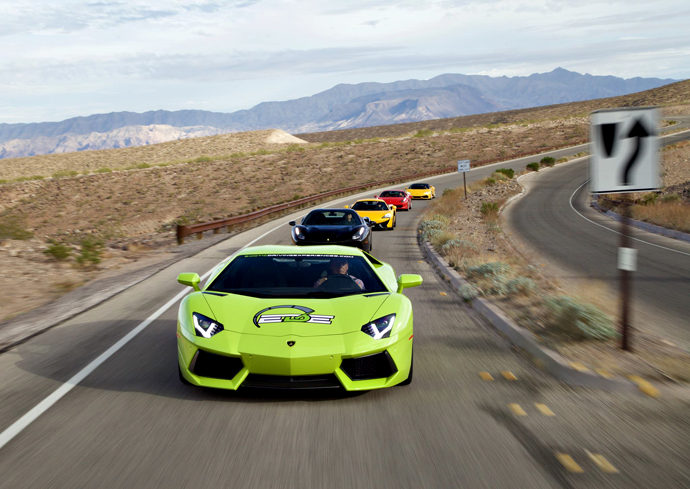 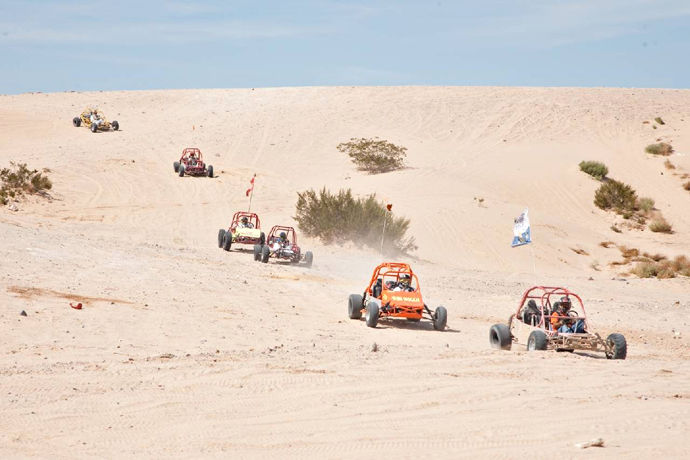 The Date: A legitimate dune buggy chase through miles of desert terrain. The expert driver you’re following only slows down if he’s waiting for you to catch up. Just so you know...
Arbitrary Adrenaline Rating, From 1 to 10: 8.5
SunBuggy Vegas Mini Baja Chase, $149 to $1,399 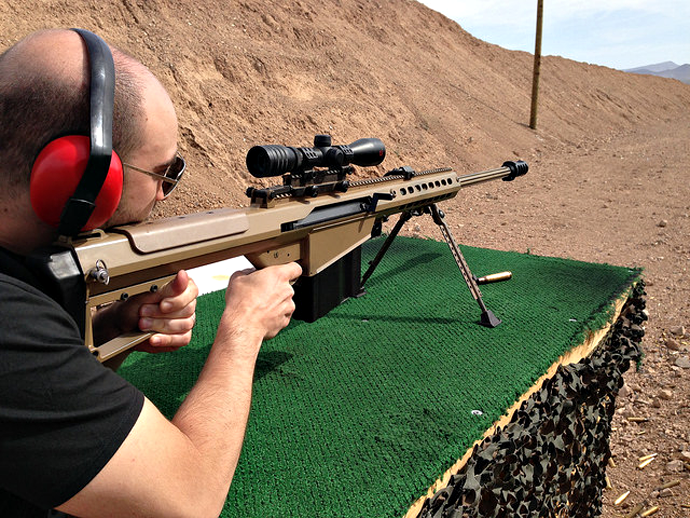 The Date: A full day (or two) with Las Vegas Outdoor Adventures, where you’ll have the chance to take a guided ATV tour, ride a 9.8-meter-long monster truck, fly to the Grand Canyon in a helicopter and shoot the largest machine gun in the world.
Arbitrary Adrenaline Rating, From 1 to 10: 9.45
Las Vegas Outdoor Adventures, various prices and packages 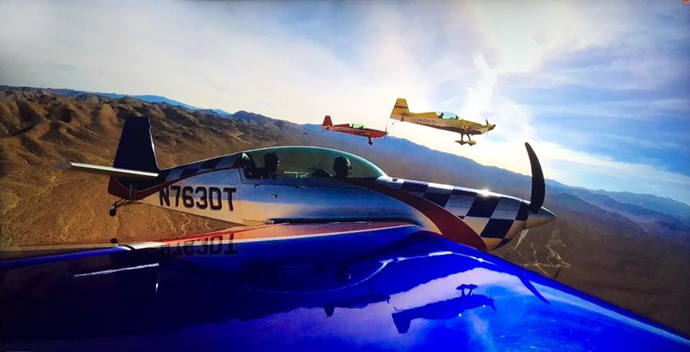 The Date: You ride along in a highly advanced fighter jet as a pilot performs a spate of loops, rolls, spins and slides. Then, you take the controls and perform those aerobatics yourself, with guidance from the pilot (who also has a set of flight controls, when you inevitably realize you have no idea what you’re doing).
Arbitrary Adrenaline Rating, From 1 to 10: 9.95
Sky Combat Ace Top Gun Experience, $699

A Personal Cabin You Can Put Anywhere

BedGym Lets You Workout From the Comfort of Your Bed