A Categorical Investigation Ahead of His New Album 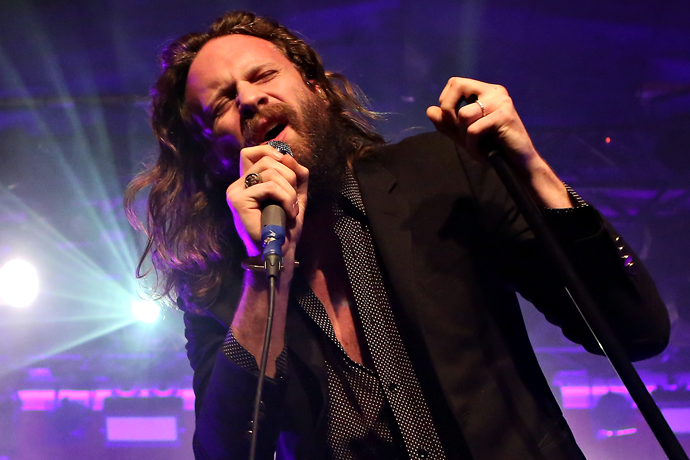 Since the debut of Fear Fun in 2012, Josh Tillman, better known as Father John Misty, has made a name for himself in Pitchfork-adjacent circles as somewhat of a folk-rock provocateur.

With his music, Tillman subverts the sincerity of the folk song with lyrics detailing the empty promise of American capitalism, blasé trysts with pretentious groupies and, in the title track off his new album, the tragicomedy of all mankind. It’s almost impossible to tell if he’s actually a smug, self-obsessed douche, or just imitating one for kicks.

Ahead of this Friday’s release of Father John Misty’s third album, Pure Comedy, The Guardian compared Tillman’s combination of candor and self-mockery to David Foster Wallace. The analogy is apt. (Indeed, one of the singles off the new record, “Total Entertainment Forever,” seems to reckon with our need for constant stimulation in much the same way as Wallace’s opus, Infinite Jest.)

Still, I think there’s a better comparison out there.

Someone whose self-awareness is always in question...

Someone whose public persona has equally become a part of his art...

Someone who’s also a known enemy of T-Swift...

And someone who, without a doubt, is very famous for, amongst other things, being a very big asshole...

Please, allow me to elaborate...

The Long-Winded Rant That Maybe Kind of Made Sense?
Kanye: Too many to count.
Tillman: A stupidly profound, 1,850-word essay explaining his new album, Pure Comedy, complete with an epilogue from Ecclesiastes and a god called Sky-Man.

The Notable Controversies Involving Taylor Swift
Kanye: Interrupted T-Swift on stage during her 2009 VMA acceptance speech; released music video for “Famous” with nude Taylor Swift replica.
Tillman: Called Ryan Adams cover of 1989 “a grotesque stunt”; went to a T-Swift concert on acid and had this to say about it: “I experienced the show like an eight-year-old girl, as much as that’s possible for a 35-year-old man. It was holy. It was psychedelic. She fully impregnated my dilated soul with her ideology... But there was a disturbing aspect—this insistence on telling girls, ‘I’m normal, don’t let anyone tell you what you should be.’ Meanwhile, there are 60-foot-high images of her on screens. If you wanted to curate an evening with the Grand Leader, this is what you would do.”

The Notable Lyric Involving Taylor Swift
Kanye: From “Famous”: “I feel like me and Taylor might still have sex/Why? I made that bitch famous”
Tillman: From “Total Entertainment Forever”: “Bedding Taylor Swift/Every night inside the Oculus Rift”

The Lana Del Rey Connection
Kanye: Asked her to perform at his pre-wedding party.
Tillman: Collaborated with her on her music video for “Freak.”

Has He Lost His Mind at Some Point?
Kanye: Yes.
Tillman: Very likely.