The Great Spoon-Shins Debate of 2017 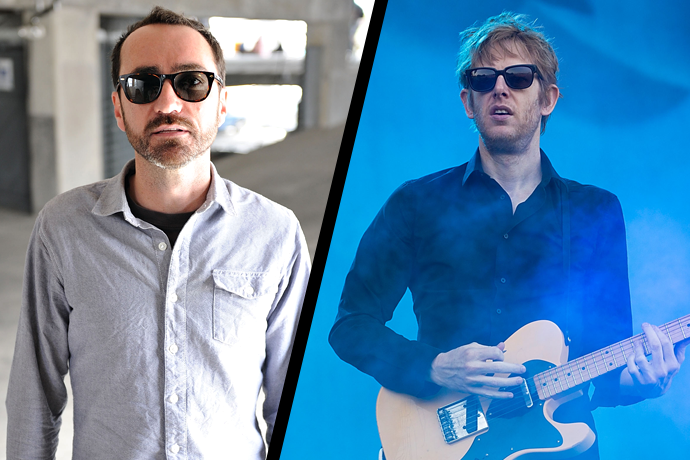 Few American bands have garnered more indie rock cred and mainstream success over the past two decades than Spoon and the Shins. They’ve had a profound impact on contemporary music, this particular writer and, in the case of the Shins, melancholic teenagers who obsessively watched Garden State.

Given that they both have new albums out this month—Hot Thoughts and Heartworms, respectively—I’ve decided, for no other reason, to wage the Great Spoon-Shins Debate of 2017.

Now, is it futile to subjectively compare two not dissimilar but fundamentally different bands? Totally.

Will it yield any definitive results? Probably not.

But am I going to do it anyway? Hell yes.

Bring on the categorical breakdowns (and see below for a supplemental playlist)...

Band Name
Spoon: Spoon.
The Shins: The Shins.
Edge: I’ll call this one a draw. Shins are pretty underrated body parts; spoons are pretty underrated eating utensils (even though they’re, like, way fucking better than forks). Both are familiar and irreverent enough to sound cool coming out of your mouth at a record store house party.

Best Early-Career Album
Spoon: Kill the Moonlight (2002).
The Shins: Oh, Inverted World (2001).
Edge: The Shins’ first album is probably still their best. And with the exception of the Strokes’ Is This It, it’s also probably the most quintessential “indie rock” album of the early aughts.

Best Mid-Career Album
Spoon: Ga Ga Ga Ga Ga (2007).
The Shins: Wincing the Night Away (2007).
Edge: There are a few more albums to choose from for Spoon here, so this one’s a bit stacked against the Shins. But Ga Ga Ga Ga Ga launched Spoon into the mainstream, and gave us some classic Spoon hits, like the head-banging “Don’t Make Me a Target,” the folksy pop-ditty “The Underdog” and the simply great “You Got Yr. Cherry Bomb.”

Best Late-Career Album
Spoon: They Want My Soul (2014).
The Shins: Port of Morrow (2012).
Edge: This one’s tough. These two made them both (though the Shins in particular) feel relevant, again, in a cultural landscape that has grown more and more averse to at least even somewhat traditional rock music. I’m going to give the Shins a slight edge—it’s a cohesive, throttling album from start to finish.

Pitchfork Review for 2017 Album
Spoon: Hot Thoughts got a 7.4.
The Shins: Heartworms got a 7.6.
Edge: How one lands on a 7.4 over a 7.5 or 7.6 using an ostensibly arbitrary scale for reviewing an album is beyond me. Then again, I’m debating myself about two rock bands with a tenuous relationship at best, and one of the categories was “Band Name.” We’ll let the Shins have this one.

Vocals
Spoon: Britt Daniel, with his chomping pop-punk intonations.
The Shins: James Mercer’s voice, shouted into the void.
Edge: Britt Daniel takes it for me here. His voice feels iconic, even if it’s not.

Notable Side Project
Spoon: Divine Fits, a collaboration between Daniel, Dan Boeckner (of Wolf Parade) and a few other cool people.
The Shins: Broken Bells, James Mercer and Danger Mouse’s redux of the Shins.
Edge: There’s an argument to be made for Broken Bells’ self-titled debut being Mercer’s best. I won’t make that argument, because I’m not an asshole. But it’s a damn good record—for “October” and “The Ghost Inside” alone—and it’s pretty clear Danger Mouse’s electro-pop sensibilities have been a positive influence on Mercer’s music going forward. Divine Fits’ A Thing Called Divine Fits, while a good listen, does not come close to eclipsing Daniel’s work with Spoon.

Most Memorable Movie Moment
Spoon: “The Way We Get By” in Stranger Than Fiction (and The OC).
The Shins: “New Slang” in Garden State.
Edge: “What are you listening to?”
“The Shins. You know ’em?”
“No.”
“You gotta hear this one song, it’ll change your life, I swear.”

Garden State has not aged well. It feels mawkish in places now, as a 25-year-old, where it used to feel poignant, as a 15-year-old. But that scene still gives me the willies.

Final Tally
Spoon: 5.
The Shins: 5.
Conclusion: Guess we’re back where we started.