We Think These Are the Coolest Christmas Songs 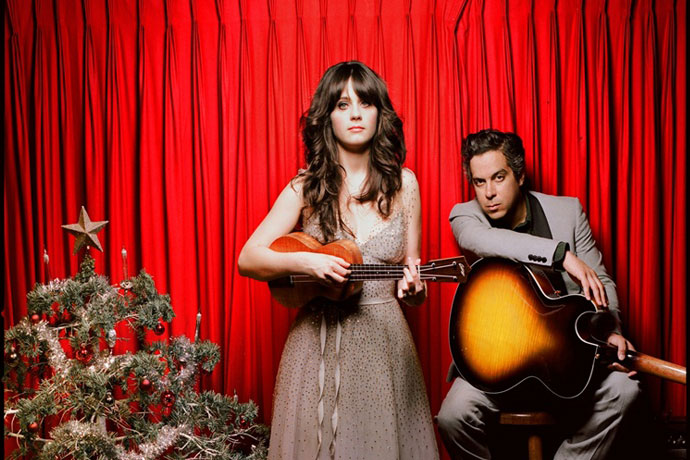 Last month, the Killers released a Christmas album, Don’t Waste Your Wishes, featuring guests like Dawes, Elton John and, for some reason, Richard Dreyfuss, who does a spoken word thing.

Then, last week, the guy from Passion Pit, Michael Angelakos, released a holiday concept video album, Merry Christmas, Mr. Fields, which, come to think of it, kind of sounds like a movie that would star Richard Dreyfuss.

The point is: it’s been a good year for alternative rock and Christmas. So we thought we’d celebrate with 11 tracks that will make your holiday just a bit happier.

Naturally, we start with a song called “Don’t Shoot Me Santa”...

The Killers’ “Don’t Shoot Me Santa” makes our list for being the song most likely to terrify a small child.

Here you can watch the full 44:41 minutes of Michael Angelakos’s video album, Merry Christmas, Mr. Fields. Oh, like you were working today anyhow.

Oh, Sufjan Stevens. Your “Christmas Unicorn” is the best 12:28 minutes of music devoted to the subject of Christmas unicorns ever.

Wham!’s “Last Christmas” is good and all, but somehow Future Islands bring the right amount of deadpanning, which George Michael just never could.

We’re not sure this 1986 B-side instrumental “Christmas Island” is technically a holiday song, but it’s going to be the closest Depeche Mode ever gets.

The Hives and Cyndi Lauper battle it out in “A Christmas Duel.” Not since Kirsty MacColl and the Pogues sang “Fairytale of New York” have dysfunctional holiday families been so catchy.

For a song that started on Saturday Night Live, “I Wish It Was Christmas Today” really has legs. To wit: this Julian Casablancas cover.

No Doubt injects their SoCal ska vibe into the holidays with their cover of the Vandals’ “Oi to the World.”

If She & Him’s cover of “Baby, It’s Cold Outside” doesn’t warm your heart, you’re some kind of Grinch.

Green Day’s “Xmas Time of the Year” is absolutely, positively the most punk rock thing ever recorded.

And Weezer turns in a solid holiday effort with “The Christmas Song.” It isn’t exactly uplifting, but, hey, it’s the holidays. You can’t get everything.