Miles Teller Is Ready for His Thanksgiving Turkey

7 Crucial Insights from the Star of Bleed for This 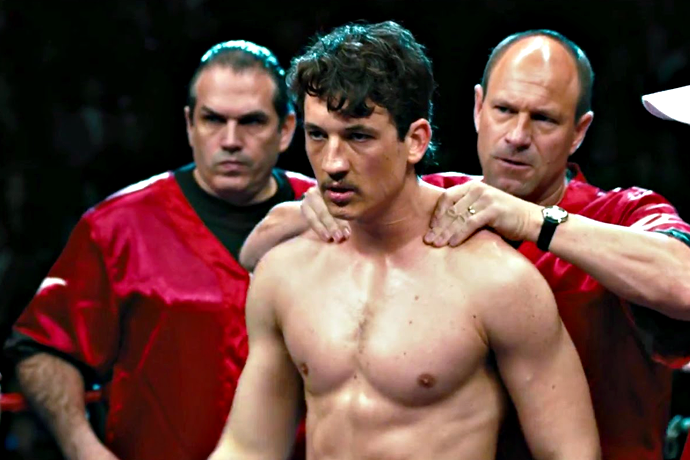 Bleed for This, the latest film to result from Hollywood’s ongoing love affair with the boxer biopic genre, hits theaters today.

As you’ve probably heard during the run-up to the film, it centers on real-life boxer Vinny Pazienza, who broke his neck in a car accident yet, defying medical expectations, went on to become a boxing champion in three separate weight divisions. Good comeback story stuff right there.

And Miles Teller—the guy from Whiplash, War Dogs and Fantastic Four and who plays Pazienza in the film—is familiar with good comeback stories. When Teller was 20 years old, he was ejected from a car that was going 80 mph, flipping eight times. The paramedics told him he was lucky to survive, though the accident did leave Teller with facial scars—a seemingly tough break for an aspiring actor.

However, Teller was able to draw on this traumatic experience to help round out his performance as Vinny.

“The moments I could relate to the most were the moments of darkness, introspection, and the questions you ask yourself afterwards. I was in that situation, but not as severe as Vinny’s,” he says.

So we caught up with him after the New York city press screening and asked him to muse on some important subjects: fighters, films, and Thanksgiving turkey. Here’s what he said.

On what makes some fighters fight:
“Fighters fight because they don’t know how to do anything else. A lot of times they come from humble beginnings. These guys have been fighting for everything their whole lives.”

On his personal boxing movie inspiration:
“I saw Raging Bull when I was in college, which is an incredible film. Also, Cinderella Man and Rocky stood out for me. I grew up in south Jersey in Cape May, which is close to Philadelphia where Rocky took place.”

On bonding with Bleed for This executive producer Martin Scorsese:
“I have a letter from him that’s framed in my house. It’s a typed, beautiful, poignant letter about what the movie was going to require of me and that he knew I would be able to do that. Then I met him six months before we started to film this movie and he talked to me like I was the lead actor of a movie he was directing.”

On his own personal comeback story:
“I’ve had all these casting directors tell my agent that ‘Miles is a good actor, but it doesn’t make sense for the character to have scars.’ And then you start to think this career you’ve always envisioned for yourself might be taken away from you and you can’t help it. So when you see Vinny packing up his boxing gloves on that day, I’ve felt that in real life.”

On demographics of loud people:
“I find people from the northeast to have loud personalities. I related to that from living in Jersey, going to school in New York and my family being from Philly.”

On the three words that best describe his Thanksgiving indulgence:
“Deep-fried turkey.”

On the name of this publication and his totally invented personal backstory:
“UrbanDaddy? That’s what they used to call me in high school.”