The Hurried Person’s Guide to the World Series

Everything You Need to Know to Sound Smart 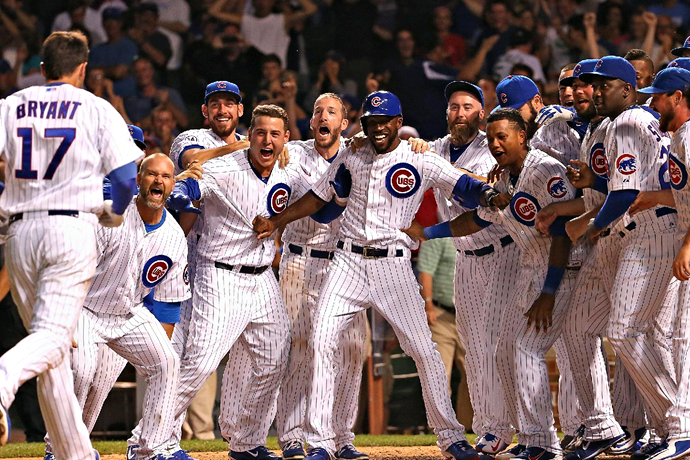 Tonight, possibly the most historically significant World Series will begin, as the Chicago Cubs, a team that hasn’t won the World Series in 108 years, take on the Cleveland Indians, who haven’t won it in 68. Someone’s got to not lose this one, so it should be fun, and you’ll need to know a few things to sound smart about it.

This writer will attempt the best he can to disguise his bias. But suffice it to say that by the time his 92-year-old grandfather was born, the Cubs were already well into their Series drought. Damn you all, goat, black cat, Durham’s error and Bartman.

Anyway, here’s a conveniently segmented guide to the whole affair.

Terms you’ll hear a lot:
Tribe: Nickname for the Indians.
The shift: Infielders moving from their normal positions to compensate for a batter’s tendencies.
Joe Buck: Oft-maligned play-by-play commentator who may talk too much during the games.
Brought to you by...: Damn it.

Who to watch:
Cubs: Javy Baez, the current most exciting player in the playoffs, and Kris Bryant, likely NL MVP.
Indians: Corey Kluber, the Indians’ ace starting pitcher, who may go old-school and start three games in this series if necessary (that doesn’t happen much anymore), and Andrew Miller, a lockdown relief pitcher who may make games very boring if you like hitting.

Feel-good story:
Cubs: Kyle Schwarber, a Babe Ruth–ian character who slugged his way into the hearts of Cubs fans as a rookie last season, then tore his ACL and LCL just six months ago. He’d been completely written off for this season, but he’ll make a miraculous return tonight.
Indians: These guys went from third-place also-ran last season to a team that’s lost only one game so far in these playoffs.

Movies about these teams:
Cubs: Rookie of the Year.
Indians: Major League I and II.

Why you should root for them:
Cubs: If you can’t muster sympathy for a team and fans who’ve suffered this much heartbreak, take solace in the fact that you’ll never have to hear about it again after this year.
Indians: Ugh, Cubs fans.

Why you should root against them:
Cubs: The avalanche of breathless essays and cheesy narratives that will follow their victory.
Indians: Who cares about the Cleveland Indians?