There Are Two New BBQ Pitmasters in Town 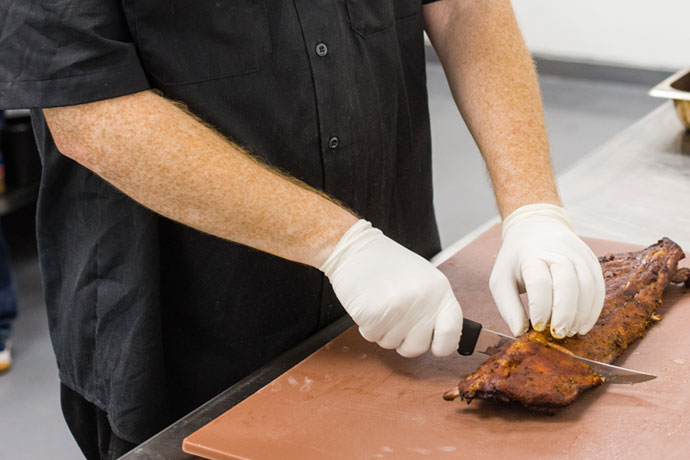 Let’s not jinx anything.

The former’s opening Wednesday in the South Loop, the latter’s opening later this week in Wrigleyville, and they’re both the subjects of this slideshow.

Away we go to the informative breakdown...

Myron Mixon’s
Pedigree: Mr. Mixon is a four-time world BBQ champion. [Drops mic.]
Digs: Communal tables, 4K TVs and a bar that looks into the smoker room. Speaking of which...
BBQ: They’ve got three custom-built water smokers, each of which smokes up to 1,500 pounds of meat (brisket, pork, chicken) at once. Mixon’s method can be described as “hot and fast,” using hickory and oak wood for heat and constant steam for moisture.
Non-BBQ: Mixon family recipes for pecan pie and peach cobbler. Unless you want BBQ for dessert, too.
Drinks: Beer, whiskey mojitos and a Bloody Mary involving bacon, brisket burnt ends and sausage.