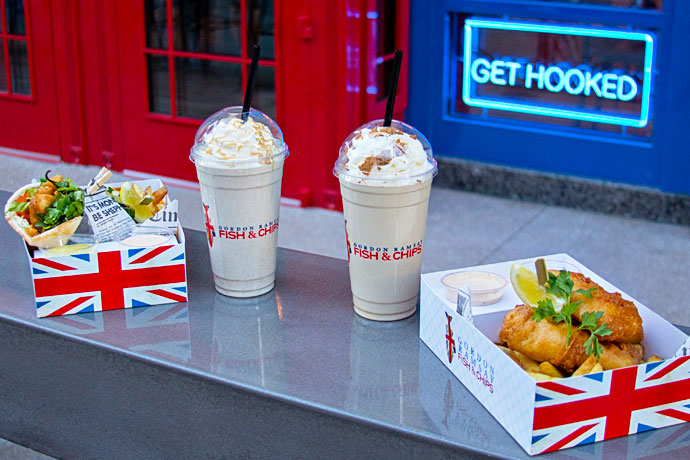 That he hollers too much...

That he actually has a heart of gold...

That he’s like Simon Cowell with more culinary talent and less chest hair...

Any lingering doubt regarding the origin of fish-and-chips—assuming there was some—will be dashed when you enter through a red London phone booth into the structural equivalent of the Union Jack flag. You’ll stroll right up to the counter and, using your best British accent (or normal American voice), order something off the menu.

Likely that will include a beer with sustainable Alaskan cod that’s battered, fried and cooked to order, then served with chips of the truffle-and-parmesan or chipotle-jalapeño-and-chorizo kind. Procuring a toffee pudding shake for later would also be wise.

Then you’ll probably bypass this joint’s scant tables in favor of strolling the promenade with your newsprint-wrapped food in hand.

Suddenly all those boozy, day-glo guitars won’t look quite so refined by comparison.