It’s Been a Morning of Sonic Weirdness with 22, A Million 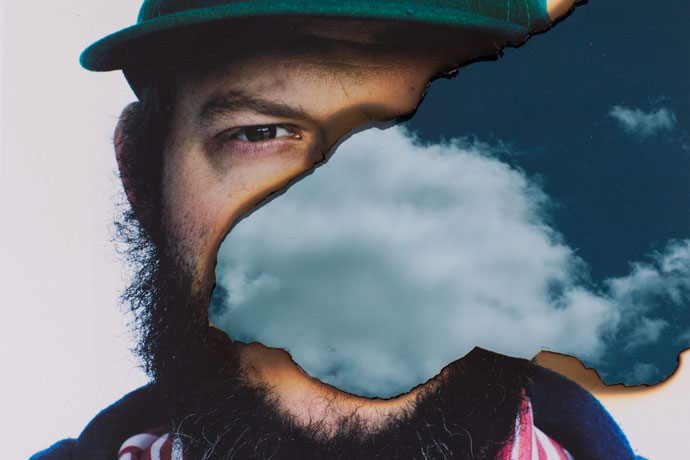 Full disclosure: Bon Iver is one of my favorite bands. To me, Justin Vernon, the band’s frontman, is Midas because every song he touches turns to gold. If it weren’t for “editors” or a “national audience,” this article could easily have turned into a notebook-like scrawl of “i ♥ Bon Iver 4 EVA.” Which actually looks like it could be the name of a song on this album.

It’s fair to say I was excited for Bon Iver’s first studio record in five years, 22, A Million. I’ve listened to their last album legitimately hundreds of times since it came out. And this album clocks in at just about 34 minutes. Which made it easy to listen to five times through in the few hours since I downloaded it at 8 this morning. The first two listens were for me. The next few were for you, so that I could share my five takeaways with you. Starting with...

1. It’s fucking weird, but it’s also beautiful.
It’s definitely not pop music. And I’m like 96% sure that’s why everyone, including me, likes Bon Iver so much. There are no songs in the traditional sense. No hooks. No beat drops. Some songs barely even have a chorus. Rumor has it one song has 150 saxophones on it. It feels like an extended improvisation. It’s... let’s use the word “ethereal.”

2. It has everything I wanted.
Delicate falsettos. Ambient saxophone. Colin Stetson. Imogen Heap–like vocoder. Obscure lyrics. Banjo that sounds nothing like Mumford & Sons.

3. I can’t wait to see how this album gets sampled.
Obviously the most popular is when Kanye sampled “Woods” for his song “Lost in the World.” But this album has sample-able gems all over it. I hope Chance the Rapper or Childish Gambino gets their mitts on this.

4. I could do without the silly song titles.
Either the complicated song titles are a metaphor for something that I’m not getting, or they’re “just because.” And either way, I don’t care for them. They look like the names of viruses on Napster. They look like my AIM away message in 1999. They look like Wingdings staged a coup. They look like Justin Vernon shined a laser pointer at a keyboard and asked a cat to retype Finnegans Wake.