Westworld Better Be Better Than the 1973 Movie 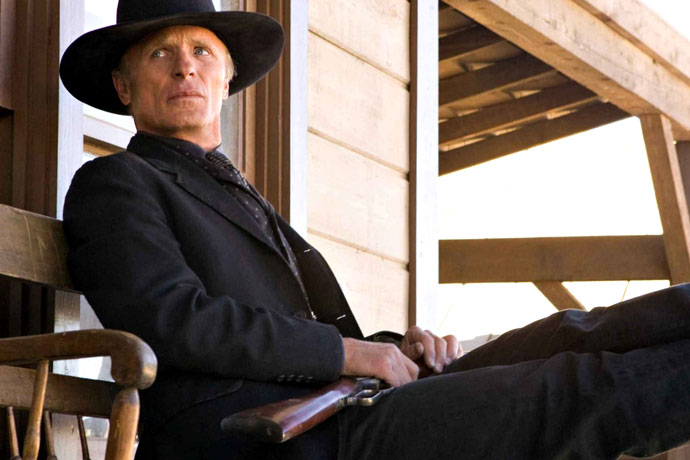 This Sunday, HBO premieres its reboot of Michael Crichton’s 1973 techno-Western- thriller, Westworld, now transformed into a series. Yes, the 10-year-old me loved the original, but it’s time for an upgrade.

If you’re unfamiliar with the premise, Westworld was Crichton’s proto–Jurassic Park. It involved a Western-themed amusement park, robots and real guns. What could go wrong?

Today, with our current 21st-century fetish for cosplay, immersive entertainment and nascent robotics technology, it seems like the perfect time to revisit the film.

I’ve ignored the early reviews, and instead I’ve delved into the original by rewatching it for the first time since the ’80s.

Now, I can see that the film had its virtues, sure. James Brolin’s hair. Yul Brynner’s lack of it. A prescient description of computer viruses. But mostly it was just an overall fun way to spend an hour and a half. Otherwise, it had the personality and insight of a Roomba.

So I think producer J. J. Abrams and his two series creators—Jonathan Nolan (Interstellar and The Dark Knight) and Lisa Joy (Burn Notice)—have a lot of room to move the original into a place where it’s relevant today.

To that end: here are four ways I’m hoping the new series improves on the original:

1. Develop the female characters.
While Crichton’s sexy fembots gave a mere hint of darkness behind their attractive face panels, as a director he didn’t seem to regard actresses as much more than the plug-and-play appliances they portrayed. I suspect, however, HBO’s version will be better. You don’t cast Thandie Newton and Evan Rachel Wood if you’re looking for one-dimensional female leads.

2. Drop the Hollywood Western clichés.
Fun fact: the set for 1973’s Westworld bar fight scene was the same one used in Blazing Saddles. Not so fun fact: Mel Brooks used it to better effect. American Westerns should be more about independence and justice, not simply an excuse for breaking a bottle over someone’s head. Though, yes, a few robot shoot-outs in between all that will be fine.

3. Don’t have this coming out of anyone’s mouth:
“Nothing possibly can go wrong.” We already get it. Something’s going to go wrong. I’d love to hear more about the liability waiver these folks signed. Aren’t there any product liability lawyers in this not-too-distant future?

4. Have a point. Any point.
Like Jurassic Park and other Crichton works like The Andromeda Strain, Runaway and his evil nanobot novel, Prey, the original film was simply satisfied to let human beings get their comeuppance from all this ding-dang technology they worship. Today, that’s not enough. I’d like to see what this series has to say about technology, yes, but also: technological alienation, gender, class, consumerism and how we entertain ourselves.

While thoroughly entertaining us.