Jonah Reider Started a Restaurant in His Dorm Room 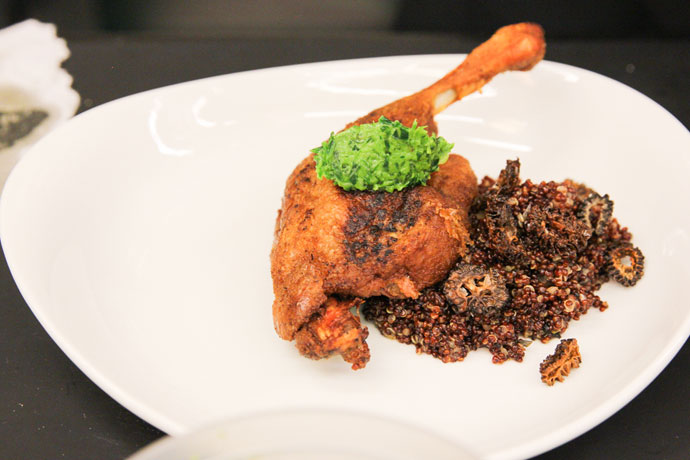 5 Photos Jonah Reider at Intro
By now, you’ve probably heard that our fair city’s premier (and, well... only) culinary incubator/fine-dining establishment, Intro, is debuting its latest chef on Thursday.

His name is Jonah Reider. He’s 22 years old. And the last kitchen he ran was a critically acclaimed four-seat tasting-menu restaurant called Pith.

It was based out of his college dorm room.

And now, well, the atmosphere will be a little different...

“So many restaurants are saying, ‘Oh, we provide refined cuisine without all the fussiness,’” Reider says, when asked about Pith. “But doing this shit—sitting around your $20 Ikea table in your dorm room—you cannot get less fancy than that. I would be serving the first course on the same plate as the second course, because we only had four plates.”

It goes without saying that Intro is a far cry from Columbia University student housing; also, that they have more than four plates at their disposal. But as much as the two locales may differ, Reider plans on maintaining that old spirit of relaxed conviviality during his monthlong stint in Chicago.

“I don’t particularly look forward to going to restaurants where you spend an outrageous amount of money to have these impeccably prepared plates that are presented devoid of a social element,” Reider admits. “To me, dining institutions should be embracing the things that might distract you from the food—like music, art, talking with other people and meeting new people.”

Don’t be surprised, then, if you show up for his intimate, multicourse supper club one Saturday night to find a table devoid of chairs. Perhaps you’ll be given an amuse-bouche and a welcome libation. Maybe you’ll even have to chat with strangers. That would be horribly, horribly un-horrible.

In any event, the silky sounds of neo-soul will flow through the speakers (Reider is a trained jazz pianist) as you sit down for the meal.

You’ll eat delicious things like chimichurri duck-leg confit, scallop crudo and, if it’s toward the end of his tenure, an autumnal celery root soup bittered with hops.

Then you’ll leave wondering what the hell you were doing at age 22.

(Click here for the extended version of the interview, which ran nationally.)