Okay, Michael Fassbender. Show Us What You Got. 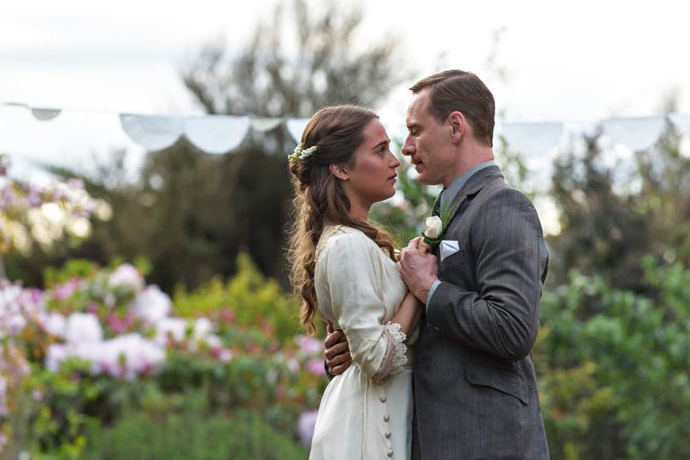 
Kenzo World
“Most perfume ads are obnoxious, pretentious affairs with celebrities spouting dumb taglines. Then there are the perfume ads (I count one so far) directed by Spike Jonze. In this case, you get Margaret Qualley (The Leftovers) leaving a boring reception hall only to dance, jump and possibly be inhabited by a rhythmic demon. It’s fun and manic and it involves Ms. Qualley licking statues, shooting lasers from her fingers, showing some serious athleticism and just generally acting like a lovably crazy person. I’m still not buying any perfume, but I might share this video with someone special.” —Kevin Gray

Schmilco by Wilco
“No band of our generation negotiates the line between guitar-heavy rock and lyric-driven folk as effortlessly as Wilco, who are, for my money, the most listenable music group in America. (Is it clear to you from that sentence that I’m a big, big fan? It should be.) To me, Wilco is at its best when Jeff Tweedy—his perpetually strained voice, his rueful poetry, his essential Tweedy-ness—is front and center, meaning I tend to favor the band’s lyric-driven folk (à la Summerteeth and Yankee Hotel Foxtrot) over their rockier stuff (à la last year’s Star Wars—easily their most unremarkable effort since Wilco). So it’s with great excitement that I look forward to next Friday’s release of Schmilco. The album’s first three singles are textbook Wilco folk ditties—catchy, whimsical, melancholic. Start with ‘If I Ever Was a Child,’ and go from there.” —Sam Eichner

Anything but Words by Banks & Steelz
“I’ve been a massive Interpol fan since high school. (An obsession that grew exponentially upon learning that their bassist actually went to my high school.) And as anyone who’s a massive fan knows, Paul Banks has been delving a bit into hip-hop and rap over the past few years: first with some experimental beat-making, then with a full mixtape with some big names on it. Now, he’s teamed up with Wu-Tang Clan’s RZA for a full-length album that mixes rock and rap and features appearances by Florence Welch, Ghostface Killah and other heavy hitters. It’s refreshing to watch two great artists push the limits of their creativity in an unlikely collaboration like this. The album’s not all magic, but there are some gems. And I can’t wait to see them at Bowery Ballroom this Thursday.” —Ilana Dadras

“I don’t own a motorcycle. I’ve never even ridden a motorcycle. So I can’t really explain why I’m intrigued by this three-part miniseries on Discovery about the founders of Harley-Davidson motorcycles. Perhaps it’s because it’s the timeless story about sons of immigrants beating all odds to create an iconic piece of American machinery. Perhaps it’s the cheesy motorcycle dialog (‘It’s like an explosion between your legs’). But it’s probably just because I’m going to be lying on a couch on Labor Day afternoon and it would be nice to see other people doing something constructive.” —Chris LaMorte