Gearing Up for Suicide Squad and Celebrity Hot Sauce Eating

Some Quick Cultural Insights for This Moment on Earth 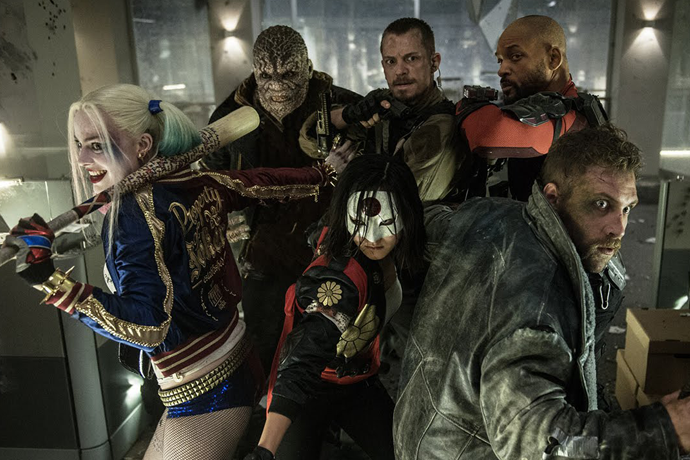 Suicide Squad
“I’m probably the last person who’s going to geek out over anything DC-related, especially when it comes to another super/antihero movie. Yet... here I am, kinda-sorta geeking out about Suicide Squad. It’s a bit of a bummer (to me, at least) that they ended up taking a more comedic route since the original trailer was released forever ago, but I’m still optimistic. I’m mostly in it for Leto’s Joker, which he apparently stayed in character for during the entirety of the shoot. Here’s hoping it lives up to the hype come Friday. And Margot Robbie, if you’re reading this, which you’re not, tell yourself hi for me.” —Kelly Larson

Hot Ones
“They say it’s a golden age for late-night talk shows. But what they don’t realize is that it’s also a golden age for hot wing talk shows. Case in point: Hot Ones, First We Feast’s ingenious talk show that sits down with one celebrity and 10 hot wings in ascending order of spiciness, which the celeb has to eat while answering each question from the highly pop-culture-and-Scoville-rating-savvy host, Sean Evans. It’s a simple concept, but highly entertaining, and they’ve interviewed some surprisingly good ‘gets,’ to use fancy talk show parlance. Key and Peele are great. Redman is fantastic. T.J. Miller is funny. Coolio delivers. And DJ Khaled is a must-see. I usually watch them in batches because, much like the hot wings, you end up wanting more than one. Seriously, you will end up craving wings after watching this.” —Najib Benouar

Thunder Road
“I came across this short as the ‘wild card’ in a list of must-see documentaries on a site I visit somewhat regularly, Monster Children. It’s not a documentary, no. But it is a short film written, directed and performed by a very talented man named Jim Cummings. It consists of one continuous shot. It won the Short Film Grand Jury Prize at Sundance. Its name is, indeed, a nod to the Bruce Springsteen song. So, yeah, the next time you’ve got 12 minutes, it’s worth your while.” —Ilana Dadras

The Stranger Things Mixtape
“The only way I can describe the alterna-heavy soundtrack of Netflix’s original sci-fi thriller is John Hughes meets Steven Spielberg. Think about it: Joy Division. The Clash. Echo & the Bunnymen. They’re all there. (Along with a Dolly Parton song that is neither ‘Islands in the Stream’ nor ‘9 to 5.’) So first the good news: a British DJ, DJ Yoda, already has a soundtrack online inspired by the show. The better news: the show is releasing a soundtrack sometime soon, according to its Twitter feed.” —Chris LaMorte

“Don’t Be So Shy” by Imany
“I heard this song a total of 346 times (only slightly exaggerating) over a weekend in France last month. The first 100 or so times, I kind of hated it. But somewhere around listen 233—I think it was in the car on the way to Marseilles, and my head was buzzing from coffee and rosé—something clicked. I wanted to dance. I found myself singing the lyrics ‘Take off your clothes/blow out the fire’ under my breath with little to none of the cringe-inducing shame I’d experienced the first 232 times. This is France’s song of summer, but it should be ours. It’s totally absurd and kind of awful and mostly sexy and extremely catchy and I love it. So better late than never...?” —Sam Eichner