Ballers Is Back and We’re Just Very Happy About It

In Fact, the UD Five Is Full of Reasons to Be Cheerful This Week 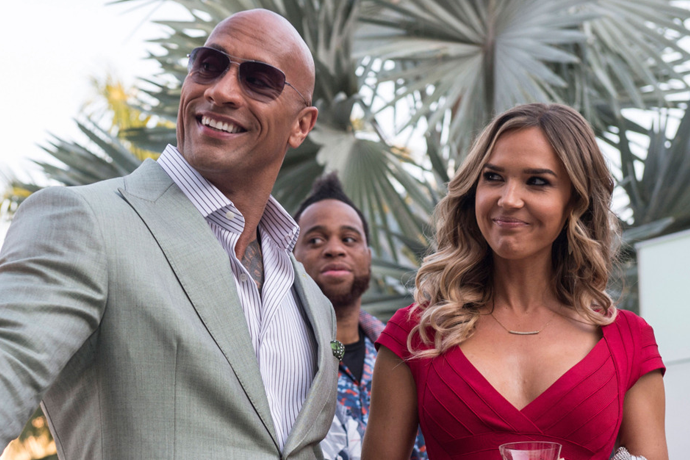 Ballers Is Back
“Despite my annual participation in a fantasy football league or two, and despite my inability to pass up on an impromptu flag football game should somebody posit the idea, I’m not a huge football fan. So I’m not really sure how I got so into Ballers. I guess it’s the idea of being a fly on the wall in a multibillion-dollar room that I have no business being in. Or that I enjoy watching Dwayne Johnson and Rob Corddry talk endless amounts of shit on each other. Either way, season 2 premiered last Sunday, and that pleases me greatly. I’m especially looking forward to seeing what rival financial manager Andre Allen, played by Andy Garcia, brings to the table. So far he’s brought an ascot, so that’s a promising start.” —Kelly Larson

Vice Principals Goes for Glory
“To piggyback on Kelly—really happy about the return of Ballers, too, by the way—I’ll talk about the show that’s piggybacking on Ballers by the name of Vice Principals. I know it’s probably not going to be as funny as Danny McBride’s Eastbound and Down, because that’s a pretty goddamn astronomically high bar that only true legends can contend to achieve [Kenny Powers voice], but the fact that the jet-skiing philosopher king is back on television in some form (don’t forget he was a substitute gym teacher for an episode or two on Eastbound) is worth giving it a chance.” —Najib Benouar

Entrañas by Arca
“Oh, Arca. What with your weird, dark, strangely enticing sounds. This weekend, I’ll be checking out his new release, Entrañas, which was released last week as a single 25-minute audio file, apparently full of abrasive percussive sounds, synthesizers, vaguely recognizable animal sounds and the occasional Cocteau Twins sample. I’m ready for it. Let’s hope my neighbors are.” —Ilana Dadras

“Teardrop” by Lolawolf
“Speaking of weird, dark, strangely enticing sounds: ‘Teardrop,’ the new weird, moody, spacey electro track by the band comprised of Jimmy Giannopoulos and Zoë Kravitz dropped yesterday. As you heard, it features Miley Cyrus on guest vocals (you heard that, right?). Cyrus, who has been a stalwart champion of the band, offers something strange and ethereal to the proceedings with her smoky spoken-word meditations on death. In other words: it’s the summer party anthem you’ve not been waiting for!” —Chris LaMorte