This Week We’re Excited for Brian Wilson, Blood Orange and Finding Out How Babies Are Made 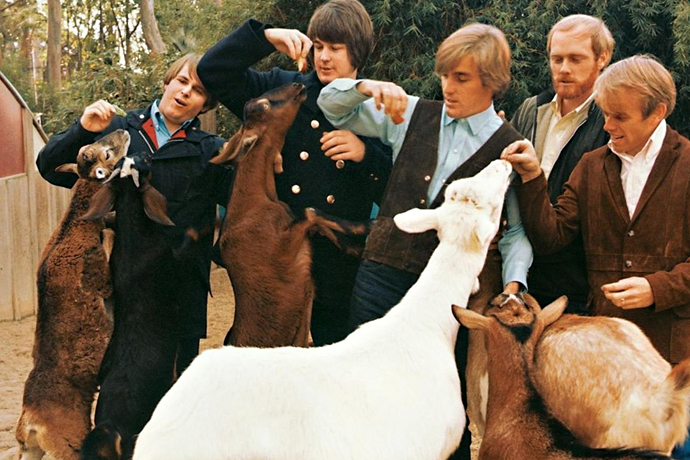 The Best Reason to Go to This Year’s Pitchfork Is 50 Years Old
“There are a lot of reasons to be excited about this year’s Pitchfork Music Festival taking place this weekend in Chicago. Digable Planets. Sure. Super Furry Animals. Yes. Sufjan Stevens. Always. But Brian Wilson performing the Beach Boys’ Pet Sounds in its entirety on Saturday is far and away the best one I can think of. Okay, Digable Planets is a close second.” —Chris LaMorte

Blood Orange’s Freetown Sound
“Unfortunately, I won’t be in Chicago this weekend, so I can’t see Blood Orange at Pitchfork. However, I’m working through his new album, and so far it feels like a more soulful, slightly gospel-y continuation of the dance/R&B/whatever-the-hell-he-was-doing on Cupid Deluxe, which was one of the most frequently played CDs (yes, I had it on an actual CD) in my 2007 Nissan Pathfinder circa summer 2014. If nothing else, you should make sure to give the male-female duet ‘Best to You’ a thorough listen. It has the vocal range and slow burn of a ballad, but the upbeat pulse of a dance song. I’m still in the process of actively attempting to get it stuck in my head.” —Sam Eichner

The Night Of
“Last week I binge-watched Game of Thrones and finished the season with two takeaways: 1) death is inevitable, and 2) HBO’s promoting the hell out of its new miniseries, The Night Of. That would be the story of a mysterious and fictitious NYC murder case that’s told over eight episodes. The creepy previews show some investigating, some legal proceedings, some solitary jail time and one John Turturro getting angry. So I’ve got high hopes.” —Kevin Gray

Stranger Things
“Well, Kevin, I see your GoT binge and raise you a new Netflix eight-parter: a supernatural mystery about a child who disappears into thin air set in the 1980s. It’s complete with Winona Ryder, Matthew Modine, Dungeons & Dragons and—based on what I’m seeing in the second trailer—some pretty Spielbergian atmospherics. No sign of E.T., however.” —Chris LaMorte

9 Months That Made You
“It’s a fucking miracle to be alive. I know that, you know that. And it’s always nice to get a reminder that doesn’t involve tragedy. PBS’s now-airing series 9 Months That Made You is more mind-staggering than any science fiction the world could conjure, detailing the true story of how our genes come together, how our faces, behavior and personalities begin taking shape before we’re born, and the interesting variations that occur when tiny little things go awry in the process, generating, in many cases, extraordinary and beautiful human beings.” —Hadley Tomicki