Five Things Your Week Needs, Including Dolphins and a Genius Faux New Yorker

Yes, These Are Your Five Editors’ Picks of the Week 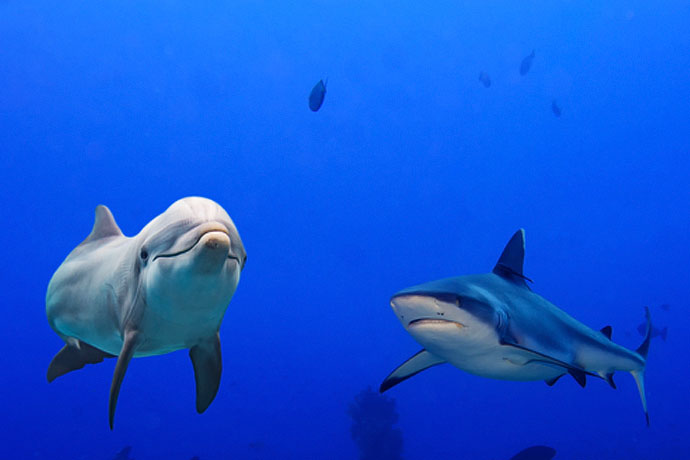 The Neu Jorker
“This faux New Yorker that’s been making its rounds is half parody and half homage. The replication of the style is incredible and the writing is full of beautiful comedic Easter eggs. Not a joke is missed. Not an opportunity wasted. I can’t imagine how long it took them to write all 82 pages (including advertisements and bullshit fine print). It made me appreciate the actual New Yorker that much more. It also made me cry on the train because I didn’t want to look crazy laughing. In hindsight, crying may have been weirder.” —Nathan Wahl

The Girls
“The New York Times Book Review said Emma Cline’s new debut novel is ‘told in sentences at times so finely wrought they could almost be worn as jewelry.’ I’m not one for mewelry, but now that I’ve started this book I can appreciate the sentiment. These are sentences that have been sifted, their remnants polished. Also, it’s a coming-of-age story set against the Manson cult, and Cline is young enough that everyone who writes about this book is morally and maybe legally obligated to mention her age. (Twenty-seven, at the time of publication.)” —Lonny Pugh

Watching It All Play Out Across the Pond
“Surely you’ve heard the news of England’s historic exit from the European forum that’s left the nation swirling in existential crisis. I speak, of course, of the Euro 2016 soccer tournament, where just the other day, Iceland’s plucky upstart national team accomplished the unfathomable by upsetting the soccer powerhouse. If you haven’t been watching, you should be, and quarterfinals begin tomorrow. Start by rooting for the newly minted Cinderella story Iceland—if you want to see how nearly 10% of the country celebrated their monumental win, this is worth watching. (The country, with a population not even large enough to place it in California’s 10 biggest cities, had never qualified for a tourney before.) You’ll also want to keep an eye on how France, the host team, navigates its tenuous relations with the other EU nations in the wake of Brexit. Especially Germany (the impending semifinals matchup is lining up to be between the two most powerful countries left in the EU, zut alors!), who will probably win it all considering they’re still riding that World Cup domination wave. As if you needed more reason to watch world-class soccer than the fact that there aren’t any other sports on TV right now; baseball, of course, isn’t considered a sport till mid-July. [Ed. note: Geoff Rynex disagrees. See below.]” —Najib Benouar

Sharks vs. Dolphins on Shark Week
“Everyone having a good Shark Week so far? Good. So am I. It’s the only time of year that my DVR gets to populate itself with titles like Sharksanity, Nuclear Sharks and Air Jaws: Night Stalker, and I get to not feel weird about that happening. I’m particularly looking forward to tonight’s face-off between sharks and dolphins. My money’s on dolphins. Related: I lose a lot of money.” —Kelly Larson

Mid-Season Baseball
“I’d planned on accomplishing things last night. Things like not watching the entirety of a five-hour, 15-inning Chicago Cubs game. And right around the seventh inning, when the game was only rounding into its second hour, and I thought to myself, ‘Wow, this one’s moving fast,’ I figured I was on track to get some other things done. But that’s what makes mid-season baseball so magical. It can gloriously and romantically suck your entire life away. Over the next three ridiculous hours I saw both teams use up all their position players and all their pitchers, three different pitchers play left field (with two of them switching back and forth between the mound and the outfield, twice)—41 players in all—and a grand slam. I would absolutely not be writing this if the Cubs had lost, but I consider it an evening very well spent.” —Geoff Rynex