The Interestings vs. The Last Tycoon. Let’s Begin... 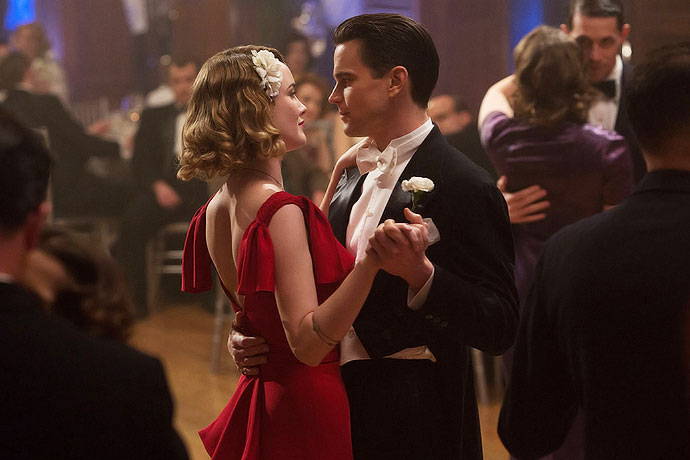 Ah, the joys of Amazon pilot season, when the tech giant releases the first episode of its new batch of shows, and lets us—the uneducated masses—play producer and flippantly cast our votes for the one we think is most deserving of a full season order.

It’s this writer’s third-favorite time of year, behind Christmas and whenever the premiere of Bachelor in Paradise airs.

And this season is no different.

Sure, we’ve only been granted two new pilots for adults (the rest are for children, because apparently they need TV, too). But now, we’re uniquely qualified to hold a merciless, critically gruesome Amazon Pilot Season Death Match to determine the fairer of these episodic programs.

The Source Material
The Interestings: Meg Wolitzer’s best-selling 2013 novel about the intertwining lives (sex and otherwise) of six talented and precocious teenagers who meet at an arts camp in 1974.
The Last Tycoon: F. Scott Fitzgerald’s unfinished last novel, tracking the rise of fictional film producer/widower Monroe Stahr in 1930s Hollywood.
Edge: The vast world of The Last Tycoon is much richer from a television perspective than the highly specified world of The Interestings.

The Genre
TI: Hour-long comedy-drama, suffering from a lack of comedy.
TLT: Hour-long drama-comedy, in the most Mad Men sense of the word.
Edge: To be fair, both of these pilots seem like the result of some studio-driven ideation that began with the word “prestige” and then forgot a bunch of other important words along the way. But let’s go with The Last Tycoon, if only because The Interestings should find more comedy in, or take a more nuanced stance toward, the rarefied air of wealthy and artistic-minded 1970s Manhattanites. One wonders (I wonder) what this show would’ve been like had it been produced for a niche audience with the auteurist vision of someone like Noah Baumbach, who is preternaturally attuned to the machinations of the self-serious artist/intellectual.

The Pilot’s Plot
TI: The pilot is spread thin across three decades. Suffice it to say, a few become successful, a few become jealous, and we’re teased a dark secret that threatens to tear at the fabric of the group.
TLT: A lot more going on here: Stahr vs. the studio; Stahr vs. the Nazis’ campaign to censor imported films; Stahr vs. his damn congenital aorta, which threatens to kill him at any time; Stahr vs. his own ambition, i.e., making that “perfect picture”; every girl vs. their own stupid desire for Stahr, because they can’t compete with a ghost (Stahr’s dead wife), but isn’t that just it? Isn’t that always just it?
Edge: I like stories revolving around the slightly unhinged lives of creative twenty/thirtysomethings as much as any slightly unhinged, creative twenty/thirtysomething. So I’ll throw The Interestings a bone here.

Star Power
TI: Look at this IMDb page. You’ve got the dude from Numb3rs and Claire Fisher from Six Feet Under. Huh. Unrelated: how much of a downer was Six Feet Under?
TLT: You’ve got Kelsey Grammer as a pragmatic, womanizing bigwig. You’ve got Rosemarie DeWitt as his sexually frustrated wife. And you’ve got Matt Bomer in the lead role, who gets a sort of Draper-like twinkle in his eye when he’s rhapsodizing about his grandiose vision for a biopic about his late wife entitled American Dream: The Minna Davis Story.
Edge: The Last Tycoon, in a Rosemarie DeWitt–induced landslide.*

Longevity
TI: This whole project screams “90-minute indie movie with a great soundtrack and 78% on Rotten Tomatoes” to me. I’m into the concept, but it’s tough to conceive of it working for an entire season.
TLT: I generally liked this pilot, and you can see the strings they’re spooling out to be knotted at the end of the season. Plus, the world of the show is just grander.
Edge: The Last Tycoon.


*The author has an inherent bias toward Rosemarie DeWitt, because she’s lovely and perfect and funny and smart and did you see Your Sister’s Sister?