There’s a New Cameron Crowe Series for Your Viewing Pleasure

Set Sail for the Magical World of the UD Five 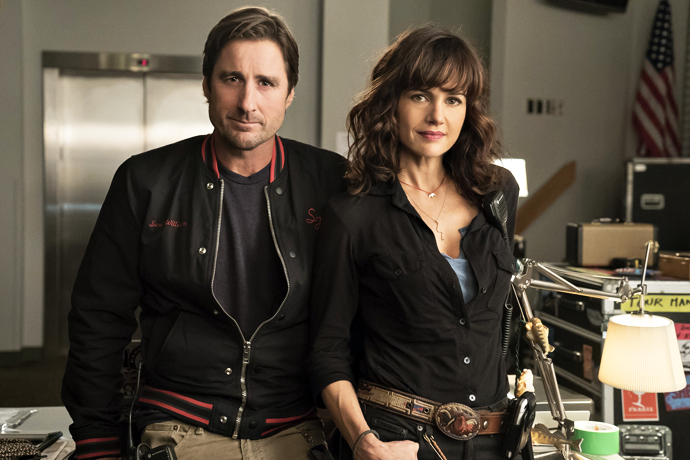 The Roadies Ahead
“The new Showtime series Roadies premieres this Sunday, and after binge-watching Vinyl, I’m excited to have another music-centered show to sink my teeth into—especially one created by Cameron Crowe. If Almost Famous isn’t a solid prerequisite for a series about roadies, I don’t know what is.” —Ilana Dadras

For Those About to Yacht Rock
“SiriusXM. Channel 18. All yacht rock, all the time. This is the summer playlist equivalent of an inflatable pool float. Think Christopher Cross into Fleetwood Mac into Seals & Crofts into Eagles into Lionel Richie into the sudden need for a frozen rum drink with a little umbrella in it.” —Adam Weinberg

Three’s Company
“I’m a Neko Case fan, particularly when it comes to her earlier work, which reached a pinnacle with the album Blacklisted. Last Friday, she, K.D. Lang (whose work I don’t know very well) and Laura Veirs (who I don’t know at all) put out an album under the name Case/Lang/Veirs. I haven’t given it a close listen yet, but what I’ve heard so far weaves their voices around each other’s beautifully and has a deep, drifting sound. Looking forward to spending some more time with it and getting to know these other performers better.” —Hadley Tomicki

And Tonight: The Next Big Thing from Bill Simmons
“As a big fan of Grantland, The Ringer, Channel 33 and the whole Bill Simmons universe, I’ve been anxiously awaiting the premiere of Any Given Wednesday with Bill Simmons since he first inked a deal with HBO. I’m not sure what to expect. It won’t be your typical sports talk show, just like The Ringer isn’t your typical sports news/commentary website. Simmons’s brand has always relied on a smart-friends-shooting-the-shit, insider-baseball-type vibe, so I imagine it will bear its closest resemblance to a sportier hybrid of Real Time with Bill Maher and Tough Crowd with Colin Quinn. (Remember that? Great show.) Anyway, enough speculation. I’ll be watching tonight, and you can check back here tomorrow for a few of my first impressions.” —Sam Eichner

Doc Appointment
“This week in niche documentary news: Art Bastard, a profile of rebellious artist Robert Cenedella, and Tickled, a thriller about ‘competitive endurance tickling,’ both get limited releases nationwide. Each film sounds interesting in its own way, so the only question is whether I’d rather spend my Saturday night absorbing the intricacies of one man’s artistic journey, or watching a determined director expose a seedy subculture of competitive tickling. Yeah, the answer was always gonna be ‘seedy subculture of competitive tickling.’” —Leah Butterfield