A Mighty Fine Brewery and Drinking Establishment Out West 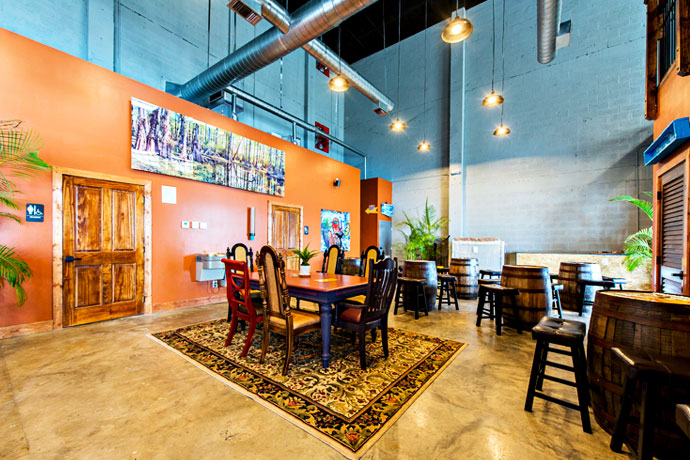 That’s even more fun to say.

Mostly because the latter is a massive new brewery in the Bird Road Art District that’s now open and looks like this.

And here’s what you can expect from this formidable house of brew...

The vibe: Real warm-and-fuzzy-like, with barrel tables, cushy couches, potted plants and a bar with thousands of pennies that’ve been glued on top of it.

Number of beers made on-site: About 12. Including Duckie’s Dream (a witbier) and Witch King (an imperial stout). But you’ll have to wait about a week to get your hands on them. Licensing and whatnot.

Number of beers on tap: 15. Five of which will be their in-house brews. The rest are dedicated to local guys like J. Wakefield and the Tank.

The food situation: Bar snacks like pickled vegetables and truffle cheddar popcorn. Plus the occasional drop-in from a food truck or a neighborhood spot like Tacos & Tattoos.

The unexpected beer: A brown ale aged in a whiskey barrel. Pairs nicely with their upcoming weekly karaoke nights.