You Should Listen to This New Strokes Song

It’s the Right Thing to Do. For Your Ears. 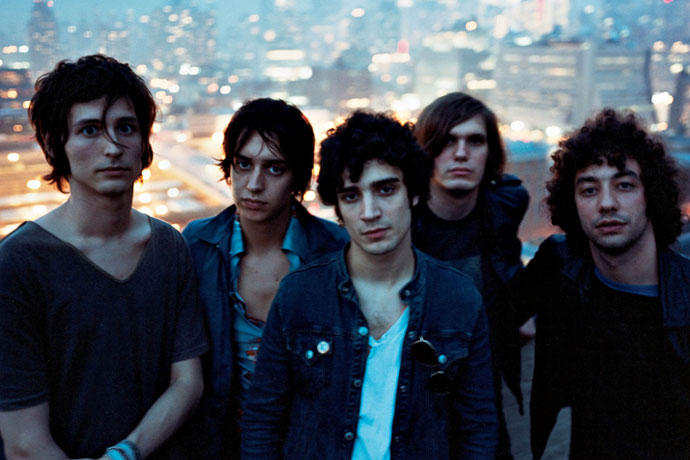 Late last week, the Strokes dropped from on high a few tracks off their new, opaquely titled EP, Future Present Past.

Naturally, we needed the long weekend to listen (and listen, and listen) to the single, “OBLIVIUS,” and microscopically parse the thing until it collapsed on itself in a heap of broken chord progressions and electric guitar riffs.

Capitalized letters in the title: 8.

Unnecessarily capitalized letters in the title: 7.

Years since the Strokes last released new music: 3 (with The Comedown Machine).

Years since they released Is This It: 15.

Your gut reaction to that realization: A resigned “Fuck.”

Adjective that best describes the opening to this song: “Abrupt.”

Chances you’re doing it in a room by yourself, with headphones on: Decent.

Time at which you’ll hear the first of several raw, aching, Casablancian bellows: 1:07.

Time at which a pretty sweet guitar solo kicks in: 2:50.

Also, wait, did we just coin the term “Casablancian” up there?: We don’t know, did we?

Times Julian Casablancas pleads with you to “untame” him: Twice.

Where you’re at, with regards to those pleas: You’re not not down.

Duration of time in which to luxuriate in the gentle embrace of Casablancas’s higher register: Approximately 38 seconds.

Point at which you recall Julian Casablancas’s experimental side project, the Voidz: Right now. Sorry?

Where this song ranks on your list of headbanging Strokes jams: Somewhere below “You Only Live Once” and somewhere above “Under Control.”

Words that best describe the feelings you feel when you come to accept the fact that you’ll never be as cool as Julian Casablancas’s voice sounds: “Heart-wrenching”; “soul-crushing”; “actually fine.”

Times per listen you actively regret missing the Strokes in concert that one time in Washington, DC, because it was one of those annoying pavilion situations, and you really had to pee, and so you left your seat (it was a great seat), and when you came back you found you couldn’t reenter, and you were subsequently forced to watch the whole fucking thing from outside, by yourself, in the rain: 3-4.