There’s a New Alinea in Town. And Here’s How Things Will Work from Now On. 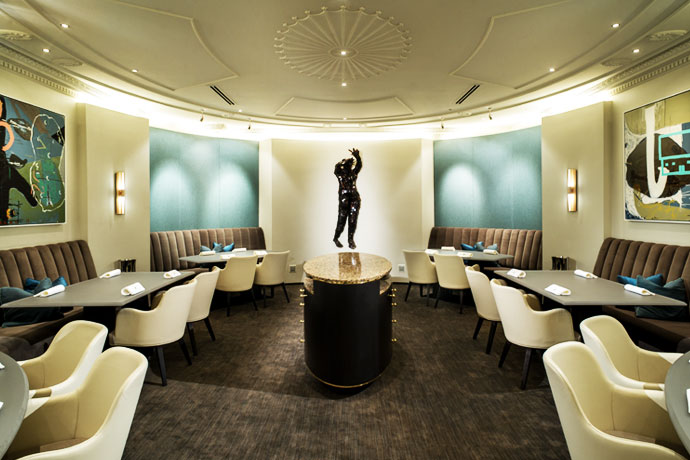 That’s all anyone who’s anyone who’s really into molecular gastronomy and esoteric James Beard Award trivia is talking about these days.

Yes, the three-Michelin-starred culinary wonderland returns tonight. Yes, it’s probably better than ever. And yes, this slideshow will reveal the completely renovated space.

But as exciting as the restaurant’s revival is, there have been some obfuscating details flying around regarding the updates.

What they’re saying: They’ll be providing three different experiences now: the kitchen (16 to 20 courses); the gallery (16 to 18 courses) on the first floor; and the salon (10 to 12 courses), which has three separate dining rooms upstairs.
Translation: You no longer require a promotion or an anniversary to eat here—the salon is approachable and has a relatively standard run time.

What they’re saying: The space, as sleek and artsy as it may appear, is designed to look timeless.
Translation: You should still dress up. Also, high-minded conceptions of modernity fade, etc., etc.

What they’re saying: You can expect experiential courses named “Close” and “Grass.”
Translation: Fuck if we know.

What they’re saying: The rooms are each equipped with their own sound systems, so they can curate ambient noise, kitchen sounds, music and more to match your particular dinner.
Translation: It’s like your meal is a movie and Brian Eno is creating the score. Or something.

What they’re saying: The first two weeks of service sold out in, like, one minute.
Translation: Quitters never win and winners never quit.

This Vodka Is Haunted

José Andrés Is Sending Paella and Tapas to Your Home